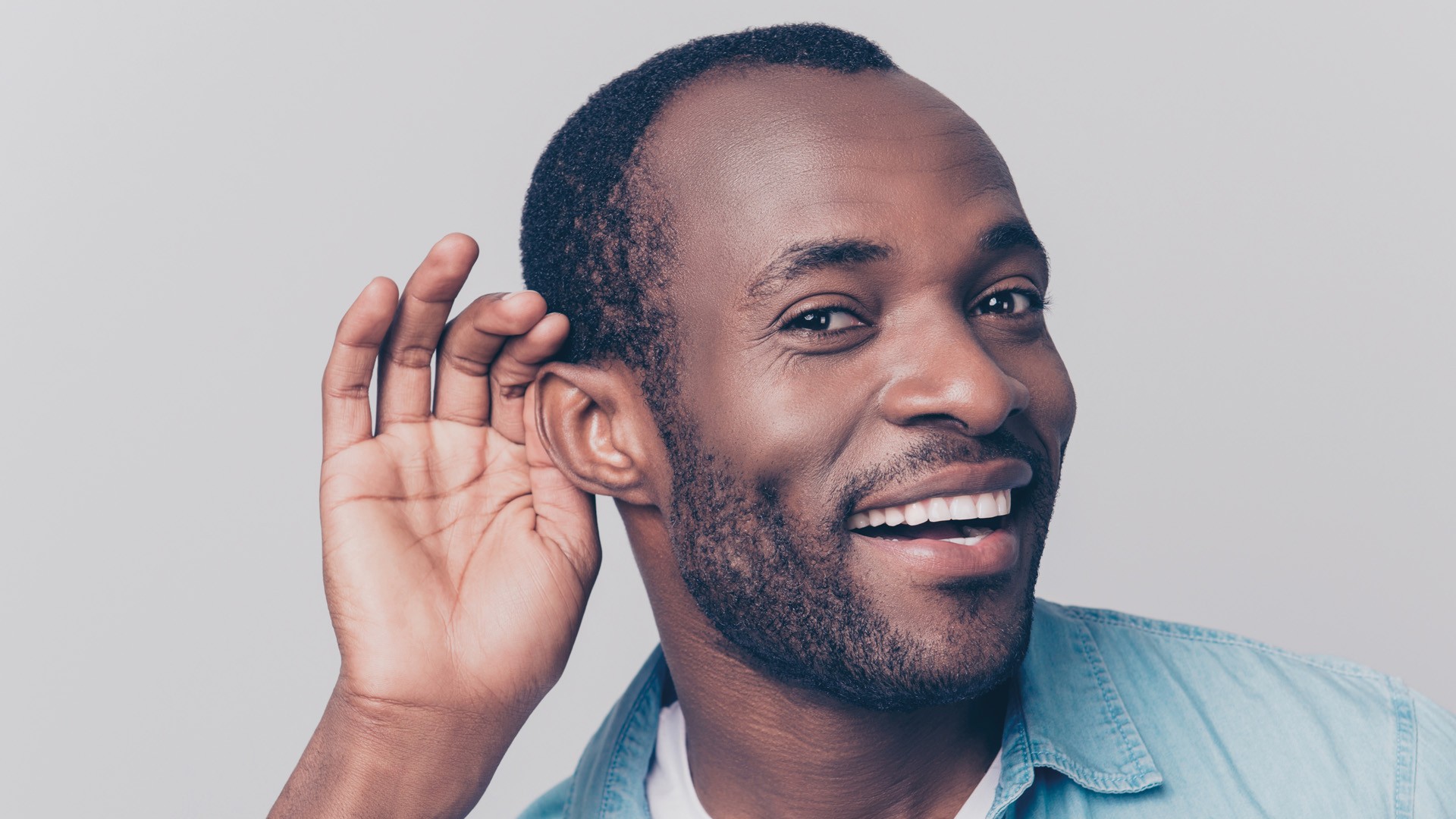 The past year has seen many challenges for ear health, both directly and indirectly as a result of the Covid-19 pandemic.

The past year has seen many challenges for ear health, both directly and indirectly as a result of the Covid-19 pandemic

Covid-19 and long-Covid can both have an effect on hearing or cause vertigo. In addition, many people with hearing loss faced difficulties communicating following the introduction of face masks not only in healthcare settings, but in the community as well. Compounded with lack of access to earwax removal due to a reduction in face-to-face care and a change in the NHS GP requirement to offer it, the past year has been a challenging one for people with hearing loss and ear health problems.

One telling finding was that searches for “earwax removal” nearly doubled to 74,000 in October 2020, from 40,500 in January 2020, according to the Specsavers Hindsight Report published in March 2021. Similar rises for this search were seen in Scotland, Wales and Northern Ireland during the same period.

The survey also found that earwax removal searches tend to plateau in the summer months and then rise again in the winter. So, with autumn definitely underway and the colder months soon upon us, it is important for pharmacy teams to be ready to help with queries regarding earwax removal.

“The number one cause of earache is earwax build-up, which affects over one third of ear pain sufferers,” says Claire Campbell, brand manager at LanesHealth. “Earwax is important for ear health as it helps to protect the lining of the ears whilst keeping our ears clean and healthy. However, too much wax can sometimes build up, causing a range of problems from mild hearing loss to ear ache and pain.”

There are many different options for helping to soften and remove wax, and pharmacy staff can help customers with advice and product recommendations, as well as warning them away from potentially harmful ones.

The NHS recommends customers with earwax causing blocked ears to use over-the-counter drops to dissolve the earwax, though medical grade oils can also be used to soften them. It suggests using drops for three to five days and then waiting for the wax to fall out over the following two weeks. “Ear drops such as these contain urea peroxide which releases oxygen and works alongside glycerol to break up and soften hardened wax deposits,” says Claire.

If this doesn’t work, customers can be advised to seek professional advice. Ear wax removal is available via a GP referral to ear nose and throat services, where appropriate, and at private clinics.

“Earwax does usually fall out on its own,” explains Gordon Harrison, Specsavers chief audiologist. “If it doesn’t, and causes a persistent blockage, it’s best to seek professional advice. Ear drops or olive oil can help to soften the wax, but this is generally carried out for three to five days before a wax removal appointment as these drops can cause the earwax to expand, making the blockage worse and potentially causing further irritation.”

There is nothing that can be done to avoid earwax building up in the first place as it is naturally occurring. Earwax is created by glands in the outer ear canal and it is thought to be useful for keeping dirt and germs, which can cause infections, out of the ears. The exact consistency of earwax is genetically determined: some people have dry earwax, and this is most common among people of Asian descent, whereas others have wet earwax, which is common among people of European or African descent. Wet earwax is more likely to build up over time and cause a blockage in the ear canal.

Individuals should be discouraged from ever trying to remove their own earwax. Ear candles are sold as a method of earwax removal and are based on lighting a cone that purports to create a vacuum that sucks out earwax. However, there is no evidence that these work and they are highly dangerous.

“There are dangerous removal methods available that people can buy online and [pharmacies] should be clear that is not something that is OK to do,” says Royal National Institute for Deaf People audiology advisor Frankie Oliver. “There are tools you can get, like a little camera that you can attach to your phone so you can pick the wax out by looking inside, but these are so, so dangerous that we absolutely do not recommend those.”

It is widely accepted that people shouldn’t put anything smaller than their elbow in their ear as it can cause damage to the ear drum and further compact earwax.

When a Government minister confirmed in September last year that ear syringing was no longer considered a core service that GPs had to offer, it was headline news. This was not, as many had suspected, due to Covid-19. The minister of state for health Edward Arger told the House of Commons in response to a written question from an MP, that ear syringing was an enhanced service that local CCGs needed to commission if they felt there was a local need, but it was not a core service. He also said that people who needed earwax removal due to hearing loss should be seen at a local audiology clinic.

This did not go down well. Firstly, this is not in line with NICE guidelines, which state that patients are entitled to earwax removal in primary care. Secondly, many audiology clinics are not actually set up to offer earwax removal, points out Frankie Oliver, audiology advisor at the Royal National Institute for Deaf People. “It becomes an additional problem if you do have hearing loss as well and do wear hearing aids, as if you go to the doctor and say you are having problems hearing or you want to have a hearing test and you turn up at the audiologist with an ear full of wax they can’t do anything,” she says.

Many people who use hearing aids need earwax removal in order to have hearing aids fitted and many people argue that they should not be forced to pay privately for this service. “RNID believes this service should be provided on the NHS,” Frankie adds.

The Specsavers Hindsight Report reported a 115 per cent increase in searches for “tinnitus test” in June 2020, compared to the previous year. Tinnitus presents as ringing in the ears or hearing a humming sound without any external cause. It can vary significantly in volume and affects 10-15 per cent of adults in the UK and can also affect children. One study estimated that as many as 14.8 per cent of people with Covid-19 experience tinnitus.

Pharmacies dealing with customers experiencing tinnitus should make it clear that there is no miracle cure for the condition, according to Tony Kay, president of the British Tinnitus Association and practicing clinical audiologist. “In the main, there is no medication specifically for tinnitus, although underlying conditions such as ear infections and earwax can be treated,” he says. “Anxiety and/or depression may be associated with tinnitus and recognising this and signposting to their GP is important. Some medications may cause or exacerbate tinnitus – being mindful of this and alerting their GP may benefit.”

Frankie says that pharmacies can help customers to prevent tinnitus by advising them to avoid excess noise. This is also important for helping customers to avoid hearing loss, she adds. “Noise is the largest preventable cause of hearing loss so pharmacists should be able to advise on using the right kind of ear plugs that don’t take away from the experience of somebody going to see live music, for example, as you can get ones that filter out the harmful frequencies.”

Dizziness and vertigo can be disturbing for customers and the focus should be on figuring out the cause.

Ménière’s disease is a chronic condition of the inner ear that can lead to dizzy spells, nausea, tinnitus and a sudden drop in hearing. These symptoms typically happen all at once and can last minutes or hours, but most commonly last two to three hours. Labyrinthitis is an ear infection that causes symptoms such as feeling off balance, nausea and vomiting, hearing loss and tinnitus, as well as dizziness that can range from mild to extreme vertigo. It can last a couple of weeks and is accompanied by being generally tired and unwell. If Ménière’s disease or labyrinthitis are suspected, customers should be advised to see their GP.

Meanwhile straightforward ear infections do not always require antibiotics, and many often clear up within three days of onset. In fact, people are advised to come into pharmacy in the first instance in order to obtain ear drops that are acidic and can help minimise the growth of bacteria. This will hopefully stop the infection in its tracks. Painkillers such as paracetamol or ibuprofen can be taken to help relieve any pain. Placing a warm or cold flannel on the ear may help ease discomfort and discharge should be removed by wiping the ear with cotton wool.

It is this self care advice from pharmacies, that can help people avoid a bigger problem, further down the line, with their ear health.

The UK used 1.8 million single-use plastic earbuds a year prior to the ban, and the Government described the move as “just the next step in our battle against plastic pollution and our pledge to protect our ocean and the environment for future generations”.

While pharmacies were made exempt from the single-use plastic straw ban and single-use plastic earbud ban that came into force last October, they are still not allowed to display them in the pharmacy. The exemption exists for earbuds if they are being used under the direction of a healthcare professional, and if a customer specifically asks for them.

There are of course many non-plastic cotton buds available, as had been the case for a while before the ban came into effect. The impact of the availability of these non-plastic cotton buds was already in evidence in 2019. “The results of our annual Great British Beach Clean have shown a decrease in cotton bud sticks littering British beaches,” said Dr Laura Foster, head of clean seas at the Marine Conservation Society. “In 2017, we found an average of 31 cotton bud sticks per 100 metres of beach, and in 2019 we found just eight on beaches in England. This reflects that many companies have already made the switch away from plastic, in cotton buds and other items, something we need to see more companies doing.”