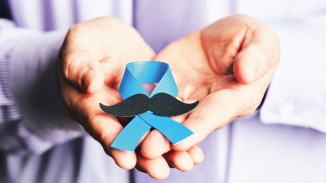 Pharmacy teams should improve their knowledge of prostate cancer so they can best support their customers.

With the annual Movember campaign coming up, it’s an ideal time for pharmacy teams to brush up on their knowledge of prostate cancer so they can best support their customers

During the Covid-19 pandemic, prostate cancer referrals dropped by around 55,000 in England and recent data shows that while referrals may have recovered to an extent, there are still many men with potentially life-threatening cancer who are being missed.

The annual Movember campaign, which runs throughout the month of November, raises awareness and funds for prostate cancer, as well as testicular cancer, mental health and suicide prevention. For this year’s campaign, Prostate Cancer UK is urging pharmacy staff to focus on finding thousands of "missing men" who may have prostate cancer but are yet to get checked out.

Prostate cancer is the most common cancer in men. One in eight men in the UK will be diagnosed with the disease during their lifetime. Those most at risk are men aged over 50, black men aged over 45, and men with a family history of prostate cancer.

Unlike some other cancers, early prostate cancer often has no symptoms. It usually develops slowly, so there may be no signs for many years. Symptoms do not usually appear until the prostate is large enough to put pressure on the urethra – the tube that carries urine from the bladder and out of the penis.

Once prostate cancer symptoms start to appear, they can include:

These symptoms do not always mean a man has prostate cancer. Many men’s prostates get larger as they get older because of a non-cancerous condition called benign prostate enlargement, which can also affect urination. However, raising awareness of these symptoms is important because compared with other cancers, prostate cancer has a high survival rate when diagnosed early – over 95 per cent of men diagnosed early will survive for at least five years.

"Identifying significant prostate cancer remains the principal challenge," says Dr John Graham, consultant oncologist, cancer lead clinician at Taunton and Somerset Hospital and a member of the committee for NICE’s guideline on prostate cancer. "Many localised cancers may never impact on life expectancy, but it is essential that high-risk cancers are identified at an early stage. Although the treatments for incurable prostate cancer continue to improve, it is imperative that we reduce the number of people being diagnosed with stage 4 disease."

Although the causes of prostate cancer are not fully known, recent research suggests there may be a link between obesity, diet and prostate cancer. It is thought that having a balanced diet and regularly exercising may help to lower a man’s risk.

A study published in the British Medical Journal in 2019 found that community pharmacies can improve cardiovascular health and levels of physical activity among men with prostate cancer. During the study, community pharmacy teams checked the weight, body mass index (BMI), blood cholesterol, blood pressure, upper limb (grip) and lower limb strength, and the overall fitness of men with prostate cancer. A computer algorithm used the baseline data to generate a personalised lifestyle prescription, including exercise and dietary advice. Pharmacy teams phoned patients after one and six weeks to offer guidance and assistance.

"Exercise and diet have been shown to reduce the side effects of prostate cancer treatment and lessen chances of cardiovascular disease. It is understandable that men who have successfully beaten cancer are reluctant to embark on an exercise regimen by themselves, so they need help to know what to do and how much exercise is required to make a difference," says Sara Faithfull, author of the study and visiting professor of cancer nursing practice at the University of Surrey. "Community pharmacies can make a really positive impact by providing valuable guidance and support for increasing activity levels and ensuring more informed dietary decisions are made. It is encouraging to see a measurable improvement over only three months, but we need to examine further how this could be effective in the longer term."

The most common test for prostate cancer is the prostate-specific antigen (PSA) blood test. PSA is a protein produced by both normal and cancerous prostate cells. It is normal for all men to have some PSA in their blood. A high level of PSA can be a sign of cancer. But a high PSA can also be because of other conditions that aren’t cancer, or due to infection.

"We urgently need a screening programme for prostate cancer to help stop so many men dying from this disease," says Amy Rylance, head of improving care at Prostate Cancer UK. "Unfortunately, the best medical science shows that current tests simply aren’t reliable enough to use as a screening programme. Research is ongoing into ways of developing an effective screening programme until then it is important that men are made aware of their risk."

The role of pharmacy

Pharmacy teams can play a crucial role in raising awareness of prostate cancer among men, says Saheed Rashid, managing director of BXTA – a provider of brachytherapy, which is a minimally invasive prostate cancer therapy where radioactive seeds are targeted at the tumour to kill the cancer cells.

Staff should be well informed about prostate cancer so that they can educate men about the signs and symptoms, and what the PSA test is, as well as being able to signpost them to further information, such as that provided by Prostate Cancer UK, and advise them when they should visit their GP to check any concerns they have and to get tested.

"By maximising the trusted relationship between patients and their pharmacies, more can be done to spot the early warning signs, potentially saving men from unfortunate outcomes by getting an earlier diagnosis," says Saheed. In addition, pharmacy teams can play an active role in communication with the patient after treatment, on issues such as incontinence and other treatment side effects.

Prostate Cancer UK also supports pharmacies with online learning modules, which can be accessed through the ‘health professionals’ section of the charity’s website.

Two decades ago, treatment options for prostate cancer were extremely limited, and damaging to quality of life. Support, awareness and medical understanding were also limited. Things have now changed dramatically for men with prostate cancer thanks to huge investment in research, which has been tackling the disease from every angle and helping to reduce death rates.

In the last decade there have been technological advances in surgery and radiotherapy along with new techniques such as multi-parametric magnetic resonance imaging (mpMRI) – a special type of scan that creates more detailed pictures of the prostate than the usual MRI scan. This is helping to improve the accuracy of diagnosis.

There is also excitement about another new breakthrough called lutetium therapy. This treatment is able to detect and attach directly to cancer cells to deliver a dose of targeted radiation. The treatment reduces side effects and can help extend the life of men by, on average, four months. “This is a big win for the prostate cancer research community and shows that with the proper investment we can keep finding new ways to treat the disease and extend men’s lives,” says Dr Matthew Hobbs, director of research at Prostate Cancer UK.

There are a whole host of reasons why men might access advice and product recommendations to support their health, so it’s important that pharmacy teams are clued up about the most common conditions.

Men sometimes have temporary problems with getting or maintaining an erection. This can be caused by issues such as stress, tiredness, anxiety or drinking too much alcohol and it’s generally nothing to worry about. Lifestyle changes such as losing weight, stopping smoking, eating a healthy diet, not drinking more than 14 units of alcohol per week, doing daily exercise and reducing stress and anxiety are likely to help.

Medicines containing sildenafil are commonly used to treat erectile dysfunction and these are available in community pharmacies after a consultation with the pharmacist.

Hair loss in the form of male pattern baldness is a genetic condition. It affects around half of all men by the time they are 50 years of age and some men when they are in their 20s.

The main symptom is thinning hair at the sides and the top of the head. It occurs when hair follicles on the head convert the male hormone testosterone into another hormone called dihydrotestosterone (DHT). Affected follicles become more sensitive to DHT, causing them to shrink, weaken and eventually die. This slows down hair production and can stop hair growth altogether.

Finasteride and minoxidil are the main treatments for male pattern baldness but can only be obtained from the pharmacy with a private prescription as they are not available on the NHS. These treatments slow hair loss and stimulate regrowth, but they do not work for everyone and only work for as long as they are in use.

If a man is distressed by his hair loss, counselling may be an option via a GP referral, and there are other options such as wigs, where appropriate.

Bladder weakness in men can also be caused by an enlarged prostate, prostate cancer, or as a result of prostate surgery. These conditions damage the sphincter – the circular muscle controlling the flow of urine out of the bladder. If this cannot squeeze tightly and close off the urethra, it causes urine to leak.

Pharmacy staff can offer self care advice and recommend suitable bladder weakness products of varying absorbencies, depending on the customer’s needs, that are specially designed for men.