The huge changes that many women experience when they have a baby are well supported through their local pharmacy, find out how pharmacy can help

Women are much more frequent customers in the pharmacy than men throughout their lives, and at no point is this truer than during pregnancy and when looking after a baby. In fact, women may be seeking products and advice from pharmacies from the moment they start trying to conceive when seeking pregnancy tests and folic acid supplements. This relationship with a local pharmacy and the wider local health team will grow and develop rapidly from conception, through to childbirth and then through the newborn and postpartum period and beyond. 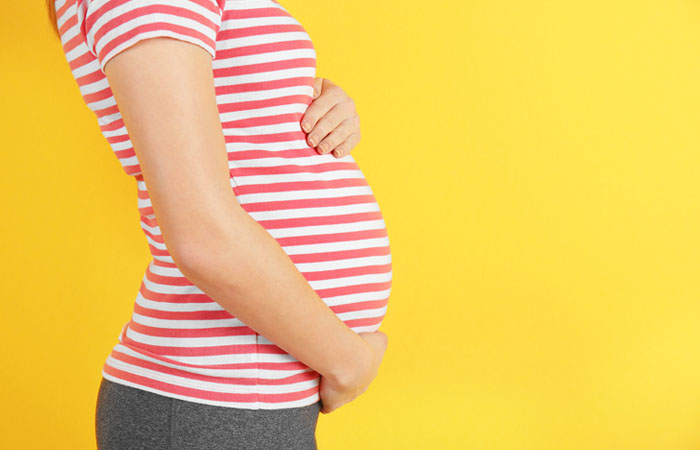 This period of time will be a steep learning curve for any woman, and it is important that the healthcare professionals she comes into contact with are as knowledgeable and empathetic as possible about the broad range of questions, queries and conditions they maybe presented with.

Nutrition in pregnancy is a hugely important topic, but a tricky one as pregnancy can bring with it sickness and various digestive complaints. The overarching message is that women should eat as well as they can during pregnancy and take folic acid and vitamin D.

“For most women the best time to start taking folic acid is as soon as you are proactively planning and thinking about trying to conceive,” explains paediatric dietician Lucy Upton. “There is a very loose guide that two months before pregnancy is a good idea, but if it is planned then as soon as you start thinking about trying for children you should start taking it.”

Vitamin D is important not only in pregnancy but also during breastfeeding and for breastfed babies. “We recommend a daily vitamin D supplement of 10mcg a day throughout pregnancy and afterwards, if they are breastfeeding, they should continue in children until they are school age. The only difference with infants is that if they are formula fed then they will be getting some of their vitamin D from formula and you only need to start topping up with vitamin D when they are taking less than 500ml of formula a day,” says Lucy.

Standard pregnancy vitamins will include the correct amounts of these vitamins, as well as iron, as pregnant and postpartum women are often at risk of anaemia. “Some women get symptoms with certain iron tablets. Some people find the sachets of iron-rich water a bit more palatable and easier to manage. If a woman is taking a pregnancy vitamin that will include 100-125 per cent of their daily requirement anyway,” says Lucy.

Calcium supplementation could also be considered, particularly by breastfeeding women as it is very difficult to get the correct amount of calcium through diet alone unless a lot of dairy is eaten.

Getting ready to go to hospital

Towards the later stages of their pregnancy, women will be advised to pack a hospital bag in order to be ready for the delivery of their baby.

It could contain some of the following items that women may need to get from a pharmacy:

Pharmacy teams may wish to contact local midwives or the hospital to ask for a copy of what is recommended for expectant mothers to pack for hospital to ensure these items are in stock.

WHO recommends that children are breastfed for a minimum of two years, and exclusively for the first six months of their lives

The World Health Organization (WHO) recommends that children are breastfed for a minimum of two years, and exclusively for the first six months of their lives. Despite this advice, breastfeeding rates are low in the UK compared to the rest of the world, though they are slowly rising.

Some 81 per cent of mothers initiate breastfeeding of their babies in the UK and 43 per cent are still breastfeeding at six months. A significant number of women may need help with breastfeeding at the beginning, and the pharmacy is a great place for them to get support and advice.

Lactation will be triggered once the woman has given birth, though colostrum will be present in the breasts from mid- to late pregnancy onwards. Breastfeeding needs to be established to encourage the breasts to produce milk, and the baby will receive colostrum for the first couple of days until a mother’s milk ‘comes in’ around day two to six. The breasts will continue to make milk according to the baby’s needs, on demand, as long as breastfeeding continues.

Breastfeeding mothers, particularly those just starting out, may need the following items from a pharmacy along with advice on how to use them:

It is advisable that all members of staff get to grips with what these items do and the safe way of using them, for example by brushing up on current NHS sterilising guidelines.

Many women experience problems when breastfeeding, from struggles to establish breastfeeding at the beginning through to issues with mastitis or blocked ducts later on. “Just be positive about breastfeeding,” advises Wendy Jones, a pharmacist and breastfeeding medicine specialist. “A lot of women buy [nipple cream], but if they can get some breastfeeding help so the latch is pain-free then they shouldn’t need [it]. You should be ready to provide information on the local breastfeeding groups available so the mum can go and get some support. Same with nipple shields”, she suggests.

“[Mental health issues] divide into two: the mood issues around anxiety and depression, and panic and worry and concerns about the baby and their ability to parent. They are also having to adapt to their life change and circumstances and postnatal depression is well documented in both mothers and fathers,” explains UCL Professor Lorraine Sherr. “On the other side, there is a much more severe psychotic illness where the whole trajectory of intervention and prognosis is worse.”

The role of pharmacy in mental health problems during pregnancy has not yet been explored, she admits, but says pharmacies could consider the training that many midwives are now receiving in this area.

“It would be good for some training and referral pathways, it is a bit like midwives receiving mental health training. So the first thing is to ask about it, the second is to pick up symptoms when you see them, and the third thing to do is to refer them. There is lots of evidence pharmacists could do a pretty good job as a portal for referral,” she says.

Wendy set up The Breastfeeding Network in 1995 in response to this dearth of information for women and pharmacists. Originally starting as a telephone helpline, it now operates via Facebook and a website that contains information on the risks associated with different medicines, including OTC medicines, to help women and their healthcare providers make informed decisions, she explains.

The main drugs she suggests caution should be exercised over includes decongestants as “a single dose of pseudoephedrine can reduce breastmilk supply by as much as 24 per cent”, aspirin due to the risk of Reye’s syndrome in under-12s, and codeine due to a case of a baby death in Canada.

Pharmacy teams, and in particular pharmacy professionals, have a key role in offering parents advice and support on infant feeding.

“Our advice for pharmacy professionals is to support mothers to breastfeed as breast milk is tailored to an infant’s developing digestive system and may help to prevent the onset of some functional gastrointestinal disorder symptoms,” says Zoë Ellis, senior medical affairs manager at Nutricia. “However, in the case that mothers are unable to breastfeed or choose not to, pharmacy professionals need to be equipped to help parents understand which formula would best suit their baby’s nutritional needs.”

If feeding problems such as colic, constipation, reflux and allergies do develop specialist milks may be suitable. “When met with an infant showing signs of one of these conditions, pharmacy professionals should know what is and is not normal for a newborn and ask questions, such as: ‘How old is the baby?’, ‘Is the baby breastfed or bottle fed?’, ‘What are the symptoms?’, ‘How long have they had the symptoms?’, ‘Have you already tried to ease their symptoms?’,” Zoë explains. Once the symptoms are understood, pharmacy professionals can give parents the reassurance and advice they need, whether that’s a specialist formula milk, coping mechanisms or other suitable products.

Once the baby has arrived and feeding has been established, a wide range of other practical considerations will need to be considered. Families will often come to pharmacies looking for nappies, wipes and baby toiletries. Products such as nail scissors may also be needed.

Women will have a six-week check up with their GP after giving birth. However, many women may suffer from a variety of minor health complaints they can self-treat in the immediate aftermath of childbirth.

Some women may require pain medication after giving birth and, though paracetamol and ibuprofen can be taken while breastfeeding, it is important to check whether a patient is or not before recommending OTC medication.

Hemorrhoids, also known as piles, can be a problem after giving birth, and generally topical treatments are effective and safe, though pharmacy staff should also ask if constipation is a problem as this can exacerbate piles and should also be treated.

Local healthcare teams are in frequent contact with families throughout the postpartum stage, first with midwives providing care and then health visitors taking over later on. Obviously, GPs should be consulted over anything worrying or unexpected affecting a baby or woman soon after giving birth, and pharmacy teams are a vital first point of call for many common issues during this time.

The whole pharmacy team should therefore acquaint themselves with some of the products marketed at women for this period in their lives so they are able to give accurate and confident advice when new mums need it most. 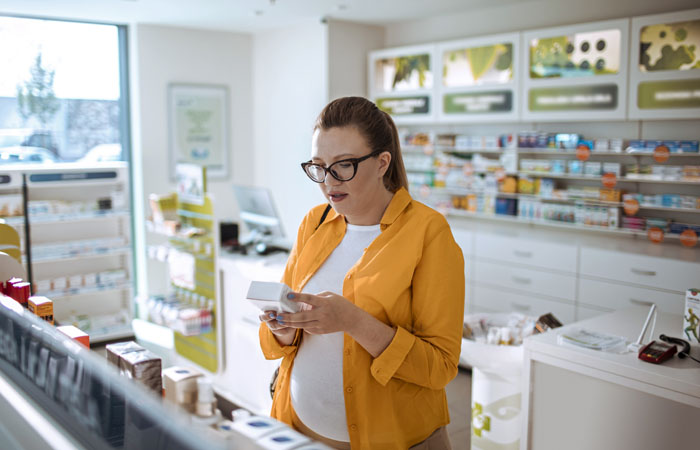 One aspect of pregnancy that can make getting the right nutrition tricky is pregnancy-related nausea. In fact, up to 80 per cent of women get some pregnancy nausea, with most experiencing it most severely in the first trimester. Though most women who have it are able to manage without intervention, morning sickness can be bad enough to impact the daily lives of some, or threaten their health.

The NHS recommends that women who have pregnancy-related nausea and sickness try the following:

Hyperemesis gravidarum is the name given to severe morning sickness, and it often needs hospital treatment.