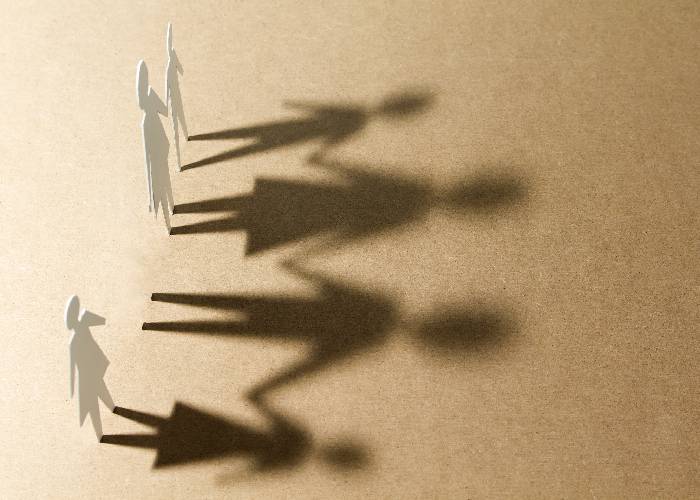 The daily reporting of deaths caused by Covid-19 has become the leading news item across the media – but are they telling the whole story?

A regular statistical news diet of hundreds of daily Covid-19 victims, and thousands cumulatively, have brought us all face-to-face with the process of dying and fuelled considerable anxiety. People are shocked at the numbers and fearful for themselves and their loved ones. An impending sense of doom and catastrophe is spreading across large swathes of the population.

Such anxiety is understandable, and every death is a tragedy for family and friends. But I wonder if we did not have daily mortality updates beamed into our sitting rooms each evening how the broader population would react?

For death is a daily business. And before Covid-19 death wasn’t news. Let me put some perspective on this.

For a better comparator for Covid-19, let us look at influenza and pneumonia. In 2018 (the latest available data from the ONS), the figures show there were 29,451 deaths in England and Wales. On average that is 80 deaths a day for every day of the year.

Sensible estimates for the final UK death toll from Covid-19 vary between 20,000 and 40,000, an alarming figure most of the population is aware of. But who knew about the 29,451 who died from influenza and pneumonia in 2018 and of the similar numbers who die every year?

The point is influenza and pneumonia deaths are seldom reported and the rising tally of the deceased is not a feature of the daily news.  So people know there is an annual flu season, but few appreciate its extent and most don’t agonise about the likelihood of it seriously affecting them.

Divorced from the process of death

We have been further shocked not just the numbers of Covid-19 dead but the process of death. The lockdown provisions have meant normal funeral ceremonies have been curtailed, denying those left behind the proper grieving and remembrance rituals.

But it strikes me this is just a brutish acceleration of a trend in which we are increasingly divorced from the process of death. More and more, people are dying outside their home. From hospitals, care homes and hospices, bodies are removed to mortuaries, then to undertakers and delivered to the crematorium or place of internment in a sealed coffin.

Even as recently as the 1990s a friend of mine was the “Layer out” in the Somerset village where she lived. With great care she would prepare the body so friends and relatives could pay their last respects to the deceased person in their home. It was once common for a body to be in a chapel or church for a day or so for the same purpose. I visited my Grandmother’s body in a chapel-of-ease in 1976 – but this has not happened since.

The process of death has become increasingly institutionalised. Our relationship with the dead has become virtual as we are shielded, I am sure for the best intentions, from the mortal remains.

But this trend has only served to set death more apart from life. Our departure from the world, rather than being a natural and engaging process, has become shrouded in mystery and remoteness. We have no reason to fear the dead – so why should they be hidden away?

The Covid-19 pandemic, and the reporting of it, has made us all aware of our mortality in a way that every other cause of death hasn’t. But whilst every death is a personal tragedy, Covid-19 will not be the cataclysmic end of the world feared by some, and not even an outside contender with, say, the 1348 bubonic plague or 1918 Spanish flu.

“The process of death has become increasingly institutionalised. Our relationship with the dead has become virtual”