Since Pharmacy Magazine was launched 25 years ago, a number of legal milestones have determined the path now being taken by the sector, says David Reissner

Pharmacy has always been the most highly regulated of all the healthcare professions. The people, the premises and the products they deal with are all regulated. Over the last 25 years, some of the other healthcare professions have caught up, with premises being inspected by the CQC. However, pharmacy remains the only profession with its own inspectorate. 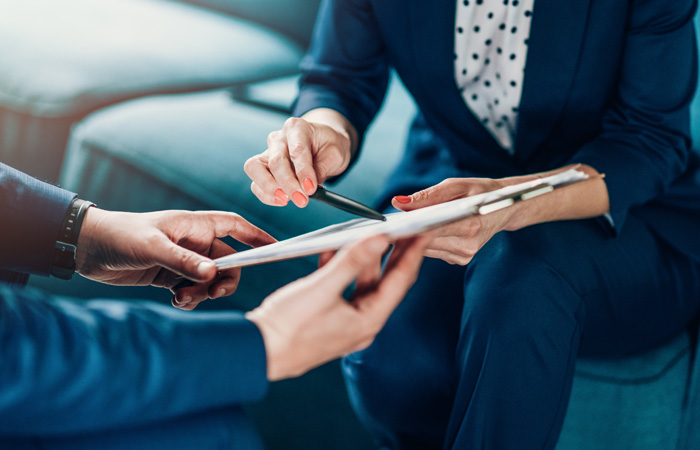 Twenty-five years ago, the principal legislation governing the profession was the 1968 Medicines Act. The governing body of the profession, the Royal Pharmaceutical Society of Great Britain, had been created during the early years of Queen Victoria’s reign. Membership of the RPSGB was mandatory for pharmacists.

The RPSGB had twin roles of representing members and policing them. It had a Code of Ethics that set out in detail precisely how its rules had to be obeyed. Indeed, it had been said that the Code of Ethics was only elastic in the sense that it kept getting longer.

Market entry (sometimes called control of entry) had been introduced in 1987 when Margaret Thatcher was prime minister. Instead of pharmacies being able to open anywhere they chose in order to provide NHS services, new pharmacies could only open if it was necessary or desirable to secure adequate provision in the relevant neighbourhood.

Meanwhile, dispensing doctors accused pharmacists of exploiting a loophole that enabled some pharmacy owners to open new pharmacies in rural areas without having to satisfy the prejudice test. The story continues below...

In the mid-1990s, applications to open pharmacies in rural areas were bitterly contested by local dispensing doctors. A local appeal hearing might take five days and, in some cases, patients might march outside the venue with placards saying “Save Our Pharmacy”! Pharmacies were starting to argue that the wording of the regulations meant the prejudice test did not apply if the applicant already had a pharmacy somewhere else. In R v North Yorkshire FHSA, ex parte Wilson, Eliot Goran applied to open a pharmacy in Dunnington in rural Yorkshire. Mr Goran already had an existing pharmacy. Local dispensing doctors unsuccessfully argued that the financial prejudice they would suffer was relevant to the necessary or desirable test.

GPs applied for dispensing rights in Westerham in Kent, Beverley in Yorkshire and Caistor in Lincolnshire. In The Queen v Family Health Services Appeal Authority, ex parte Elmfield Drugs, the PSNC unsuccessfully argued on behalf of local rural pharmacies that dispensing doctors were required to supply medicines in person and it would be illegal for medicines to be handed out by unqualified dispensers without supervision. It was not the first time that judges displayed a lamentable lack of understanding of what pharmacists do – and it would not be the last.

The market entry regulations were a thorn in the side of supermarkets and the large pharmacy chains because they were finding it difficult to win new pharmacy contracts in large, out-of- town retail parks. In The Queen v Family Health Services Appeal Authority, ex parte E Moss, Boots enjoyed a rare success involving Gemini Park near Warrington. There was no residential population but the new retail park was attracting visitors from all over the north west of England. The court held that convenience was not an irrelevant consideration when applying the necessary or desirable test. The case would have been appealed to the House of Lords but the effect of the Gemini Park ruling was neutralised by another judgment in the same year when Tesco lost a case involving superstores in Ashford, Bicester and Fulbourn.

The Medicines Act was amended to permit supplies in accordance with Patient Group Directions.

Cropwell Bishop in Nottinghamshire – better known for its blue cheese – was the site of an application for a new pharmacy. Local dispensing doctors challenged the decision to grant the application. Rejecting the challenge, the Court of Appeal gave guidance on the necessary or desirable test that was relied on for the next decade.

The Office of Fair Trading dropped a bombshell, recommending the abolition of market entry regulations. The profession waged a united campaign of opposition to the proposal.

A change in the law allowed pharmacists to become supplementary prescribers.

Instead of abolishing market entry, the Blair Government introduced new market entry regulations, heralding them as a “balanced package of measures”. New NHS contracts would automatically be granted for large retail parks; for internet pharmacies (seen
as symbolic of “Cool Britannia”); and for 100-hour pharmacies. Within two years, the Government knew that 100-hour pharmacies were not opening in locations where there was a need for extended hours of service. Enhanced and advanced services like MURs were introduced. The regulations were amended to remove sources of friction between pharmacies and dispensing doctors

Locum pharmacist Elizabeth Lee pleaded guilty at the Old Bailey to supplying a medicinal product with a misleading label because a patient who had been prescribed prednisolone received propranolol labelled as prednisolone. The patient later died of an underlying condition.

The Medicines Act was amended to introduce a requirement for every pharmacy to have a responsible pharmacist. The Medicines (Pharmacies) (Responsible Pharmacist) Regulations 2008 allowed pharmacies to operate without a pharmacist for up to two hours a day.

Elizabeth Lee’s suspended sentence was overturned by the Court of Appeal and replaced with a £300 fine.

The Pharmacy Order 2010 came into force. The order created the General Pharmaceutical Council, which replaced the RPSGB as regulator. The GPhC did not have members to represent. It had new fitness to practise powers and it declared that once it set standards it would allow registrants to decide how to comply with them.

The Human Medicines Regulations came into force. This largely replaced the Medicines Act 1968. Among its consequences, pharmacists lost the right to sell small quantities of medicines by wholesale.

The necessary or desirable test was killed off by regulations that linked market entry to Pharmaceutical Needs Assessments. No more 100-hour pharmacies were permitted.

Pharmacy2U was fined £130,000 by the Information Commissioner for selling customer details.

The GPhC introduced its new Standards for Pharmacy Professionals. Before the standards came into force, the PDA applied to the High Court for judicial review, arguing that the GPhC should not try to regulate conduct outside of professional practice. In R (on the application of Pitt) v GPhC, Mr Justice Singh said: “[The standards]...need to be interpreted in a way which is rooted in real life and common sense. This is not least because they are intended to guide the conduct of pharmacy professionals in a practical way...The relevant obligation in the standards is to behave appropriately at all times...If [registrants] are not polite over a board game they will not need to lose sleep over whether...they have complied with the standards.”

First in the High Court and then in the Court of Appeal, the PSNC and NPA fail to overturn swingeing cuts to pharmacy funding.

A new Data Protection Act brought GDPR into force. All pharmacies must have a data protection officer and must comply with a raft of new requirements.

The Pharmacy (Premises Standards Information Obligations etc.) Order came into force. This gave the GPhC new enforcement powers in relation to premises. An inspector can serve an improvement notice if standards are not met, or the registrar can impose conditions on the registration of a pharmacy. These powers have particularly been used on internet pharmacies.

The European Union (Withdrawal) Act ensures that all the law introduced over the years to harmonise UK law with the EU will remain in force after Brexit unless new laws make changes. We already know that the Falsified Medicines Directive will not survive Brexit.

Almost a decade after Elizabeth Lee’s conviction, the Medicines Act was amended to allow a defence for someone who makes a dispensing error if due diligence has been exercised.

The first fine for breach of GDPR was imposed on a pharmacy – Doorstep Dispensaree.

The Human Medicines Regulations were amended to allow supplies of alternative medicinal products in accordance with Serious Shortage Protocols. A legal challenge by the Good Law Project crashed and burned.

Instead of leaving it for pharmacies to decide how to comply with its standards, the GPhC told pharmacy owners that selling legal Covid-19 kits would breach its standards. In regulatory terms, pharmacy may have come full circle in the space of 25 years.

David Reissner is chair of the Pharmacy Law and Ethics Association and former senior partner at Charles Russell Speechlys.