The diagnosis of warts is usually straightforward, but when it is uncertain or if there is a suspicion of actinic keratoses, squamous cell carcinoma or melanoma, it is important the person is referred 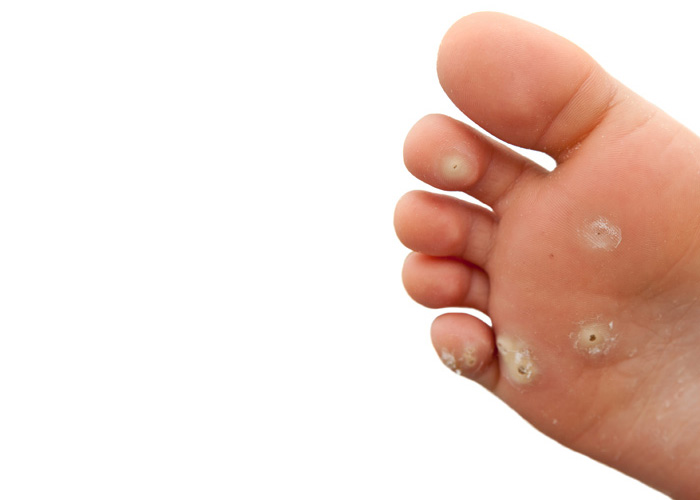 •  Occasionally warts may be the first indication of lymphoma, HIV infection or another condition caused by immunodeficiency

•  Warts can be treated successfully but there may be compliance issues

The warts covering the hands of the student nurse in a Dublin hospital meant that she could not work in operating rooms, the Irish doctor Patrick Logan recounts in Irish Country Cures. The nurse had sought medical help over several years with little success and was on the verge of leaving nursing when her matron made the sign of the cross above a piece of raw meat as she held it over each wart, then buried the meat in a large flower pot and told the student nurse that as the meat rotted her warts would fade. A week later, all the nurse’s warts had gone.1

Dr Logan notes that the list of folk cures for warts “appears to be endless” and included dipping in holy wells, bathing the wart every morning for nine days in water used to quench hot iron that someone other than the patient stole from a blacksmith, or applying goats’ droppings mixed in unsalted butter.1 Remarkably, some folk remedies worked, underscoring the power of placebo.

“Stress, anxiety and depression can influence our skin health,” says Dr Anton Alexandroff of the British Association of Dermatologists. “Research shows that the skin is especially sensitive to psychological stress and that stressors affect immune responses. It is, therefore, possible that stress and emotional factors exacerbate warts and make them more difficult to treat.”

Conversely, enhanced immune responses and reduced stress probably contribute to the marked placebo response responsible for some traditional wart cures. Even in modern clinical studies lasting three to four months, placebos ‘cure’ between 20 and 30 per cent of warts.2

While the placebo effect probably accounts for about a fifth of successful wart cases, community pharmacists offer treatments based on pharmacology rather than folklore. Nevertheless, warts and verrucae can prove difficult to treat and, occasionally, may be a sign of more severe underlying disease – so some people with warts need prompt referral.

Warts and verrucae arise when certain types of human papillomavirus (HPV) enter the body through damaged skin.3 HPV infects and seems to promote division of basal skin cells. After an incubation period lasting between one and 20 months, the increased cell numbers thicken the infected epidermis, which becomes hyperkeratinised, thereby producing visible warts or verrucae.2-4

HPV-laden skin cells shed from the wart can spread the infection to other people or to other parts of the body, so patients and carers should be reminded about the importance of good hygiene, such as wearing protective footwear in communal areas and not sharing unwashed shoes, socks and other personal items.4

Virologists recognise more than 150 genotypes of HPV, some of which cause warts.2 One study found that 78 per cent of 744 warts were positive for a single HPV genotype and 16 per cent contained multiple types. The researchers could not find HPV DNA in the other warts. Four genotypes accounted for 86 per cent of warts caused by a single type: HPV 27 (24 per cent), HPV 57 (22 per cent), HPV 2 (22 per cent) and HPV 1 (19 per cent).5

HPV 1 causes most verrucae (also called plantar warts).4 The pressure exerted by body weight means that verrucae tend to develop in the skin rather than forming rounded external warts. This ‘iceberg’ effect is one reason why, as noted later, verrucae typically prove more difficult to treat than warts on, for example, the hands.4,6 Capillaries in the plantar wart blocked by blood clots cause the small black dots that are so typical of verrucae.4

HPV 3 and 10 cause plane (also called flat) warts.2 Plane warts are smaller than common warts, with flatter, smoother surfaces and irregular outlines that tend to occur in groups on the face and back of the hands.3 HPV also causes genital warts,2 which pharmacists should refer promptly to the local sexual health clinic.

When to treat warts

Between 5 and 30 per cent of children and young adults have warts.2 Given time, most clear the infection without treatment.

About half and two-thirds of children, for example, have cleared their warts after one and two years respectively.2 In adults, however, warts often persist for five to 10 years without treatment.2 “Warts and verrucae that are not causing any adverse symptoms, such as pain, should be left alone,” Dr Alexandroff suggests.

A Cochrane review found that, taking all sites together, salicylic acid significantly increased the chance of wart clearance by 56 per cent compared with placebo. Hand warts were more likely to clear (relative risk [RR] 2.67 compared with placebo) than those on the feet (RR 1.29).6 Dr Alexandroff stresses the importance of advising patients and carers to persist with topical salicylic acid treatment: they may need to treat the warts and verrucae for 12 weeks before they notice an improvement.

For those patients that prove difficult to treat, however, dermatologists have a broader choice of options, including contact immunotherapy with diphencyprone (also called diphenylcyclopropenone) or squaric acid dibutyl ester. These induce local delayed hypersensitivity reactions, which trigger an immune response that produces clearance rates approaching 90 per cent.2

Nevertheless, Dr Alexandroff points out that current wart treatments do not always work, while patients at high risk could benefit from a vaccine that protects against skin warts and verrucae. “There are vaccines for genital warts, although there is an obvious need for one for skin viral warts,” he says.

In the meantime, the British Association of Dermatologists plans to update its guidelines on treating warts and verrucae over the next couple of years. The first guideline group meeting is planned for later this year. 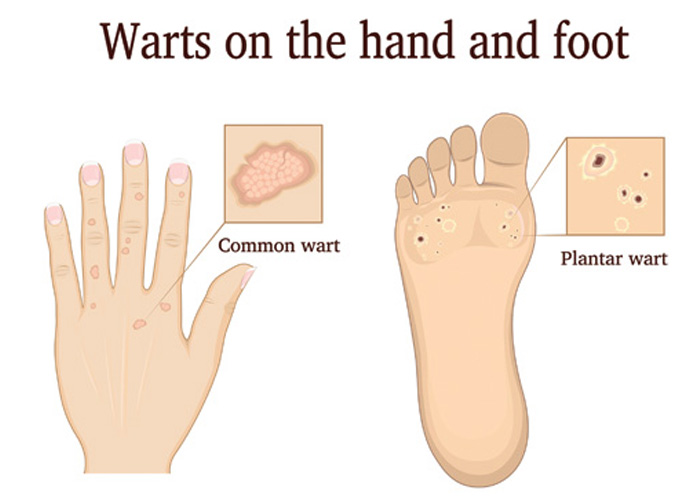 “The diagnosis of warts is usually straightforward and is based on their clinical appearance,” Dr Alexandroff says. Typically, for example, warts do not show change much in size, colour or shape. Pharmacy teams also need to differentiate corns and callouses from verrucae.

Dr Alexandroff advises community pharmacists to refer certain patients to their GP, such as when the diagnosis is uncertain or if there is a suspicion of actinic keratoses, squamous cell carcinoma (SCC) or melanoma.

Indeed, HPV seems to be associated with an increased risk of premalignant changes and SCC of the skin.2 SCCs typically develop as thick, rough, scaly patches, which may crust or bleed, or open sores that do not heal completely. Unlike warts, typically SCCs bleed easily. [See this month’s CPD module on sun protection and skin cancer for further information on SCCs].

“Changes that might indicate a melanoma include the mole or patch of skin being asymmetrical, having irregular or blurred edges, uneven colour, which may include different shades of black, brown and pink, and a diameter of 6mm or more,” says Dr Alexandroff.

“If they are concerned about possible skin cancer, pharmacists should advise patients to see their GP, who will refer them to a dermatologist for further investigation if necessary”.

Community pharmacists should also refer people with warts and verrucae that affect day-to-day life, that persist after treatment or start to spread, says Dr Alexandroff. People with diabetes and those who are immunosuppressed or taking immunosuppressive drugs should also be referred. People who are severely immunocompromised, such as following an organ or bone marrow transplant, can develop extensive warts, which may be particularly large and treatment resistant.

Occasionally, warts may be the first indication of lymphoma, HIV infection or another condition caused by immunodeficiency. The current British Association of Dermatologists guidelines suggest “prompt consideration of underlying immune deficit” in people with “unusually severe or prolonged warts”.2 “Warts and verrucae are usually harmless and most will go away eventually by themselves,” Dr Alexandroff concludes. “Many people, however, choose to treat them for cosmetic reasons or because they are painful.

“The pharmacy team can offer advice about the management and treatment of warts using OTC topical treatments, which is more convenient for patients, while freeing time and resources in GP clinics.”

At least today’s community pharmacists can rely on treatments with a more robust evidence base than goats’ droppings, blacksmiths’ water or meat rotting in a plant pot.