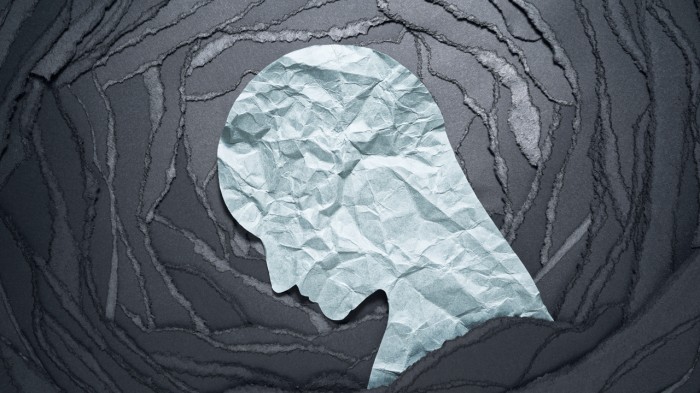 A growing number of studies suggest that pharmacists and their teams can help prevent suicides but they need more training and support.

Every death by suicide is a tragedy for both the deceased and those left behind. A growing number of studies suggest that pharmacists and their teams can help prevent suicides but they need more training and support

Often suicide seems to come out of the blue yet, with hindsight, those left behind may realise that they missed opportunities to intervene. It is not just family, friends and colleagues who don’t act on the warning signs. Most people who die by suicide, at least before Covid, had contacted their GP in the year before their death.1

Relatives of people who died by suicide felt GPs failed to detect symptoms and behavioural changes, and did not understand patients’ needs and sociawl contexts.1 Meanwhile, a number of studies suggest that pharmacists can help prevent suicides, but need more training and support.2,3

Suicide is common: 5,224 people died from suicide in England and Wales during 2020. While the suicide rate was lower than in 2019, the disruption caused by the pandemic makes interpreting the fall difficult.4

Some people are at particularly high risk. Men accounted for 75.1 per cent of deaths by suicide during 2020, for example, and rates were highest among people aged 45-49 years.4

Many more consider suicide than kill themselves: up to a quarter of us experience suicidal ideation, which varies from a vague feeling that 'life is not worth living' to comprehensive research and detailed plans.5

Between 20 and 30 per cent of people from Western countries who die by suicide have alcohol use disorder, which increases the risk of suicide more than 10-fold.7,8 Indeed, up to 69 per cent of people who kill themselves are drunk when they die.7,8

Dementia patients are 54 per cent more likely to kill themselves in the year after diagnosis than the general population.9 Poor cognition may mean that people do not accurately appraise their situation,9 a common theme among suicidal people generally.

Overall, cancer doubles the risk of suicide and suicide is especially common among people with, for instance, prostate, lung, pancreatic, and head and neck malignancies.10

As these examples suggest, pharmacists are well placed to identify vulnerable people and refer them for help. Pharmacists can, for instance, watch for signs of distress, altered medication patterns, or changes in mood, behaviour or both.2 Indeed, many community pharmacy teams already help people contemplating suicide or self harm3 and suicide awareness is part of the Pharmacy Quality Scheme. However, more training and support is needed, according to a study of 25 community pharmacy staff, including 10 dispensing or pharmacy assistants and eight pharmacists. Pre-registration (trainee) pharmacists, pharmacy technicians and delivery drivers accounted for the remainder. The pharmacies – eight independents and 17 chains – were in Greater Manchester, Merseyside or West Yorkshire.3

Researchers identified six themes. 'Relationship with patient' and 'Pharmacy environment' (such as longer hours, the lack of need for appointments and private consulting rooms) emerged as key facilitators. If supported by 'Training', these facilitators could support the other three themes: 'Opportunities for contact', 'Facilitated referral pathway' and 'Restricting access to means'.3

Pharmacy staff noted that their "established relationship with patients", which can extend over many years, allows them to provide reassurance, enter conversations, listen and be empathic.

Indeed, "support staff may be more engrained into a particular pharmacy and community than the pharmacist" so they may be especially important in "developing and maintaining relationships" that facilitate discussions about suicide and self harm. That said, it should be remembered that some people prefer the relative anonymity of speaking to someone they don’t know.3

Some respondents expressed reservations about their "job role, personal views, attitudes, lack of personal experience and potential stigma" and none had received suicide prevention training.

Pharmacy team members used personal or family experiences about suicide and self harm, voluntary work or pharmacy practice in other settings to support patients. However, the lack of formal training left some "unsure if they had acted appropriately".3

Further training could help the better use of services to reach people who self harm or have suicidal ideation.3 About 60 per cent of those who die by suicide have diagnosed depression.11 Although antidepressants are not covered by the NMS, staff based most opportunities to interact about suicide on prescriptions suggesting that the patient had a mental health problem.3

Pharmacy teams can link vulnerable people to support services2 but admitted being unsure about which patients should be referred and the process itself. Usually, they told patients to go to their GP. Sometimes staff used formal care pathways, such as substance misuse key workers.3 GPs themselves, however, feel that they lack confidence recognising and managing suicidal patients and report "structural inadequacies in service provision".1

Sometimes, pharmacy teams asked permission to contact a patient’s relative and suggested charities, such as MIND and Citizens Advice. Those interviewed regarded "clear, direct referral pathways" to be essential. Certainly, pharmacy teams need better communication from other healthcare professionals, particularly about patients prescribed small quantities of medication because of an increased risk of self-poisoning.3

For all the talk about improving mental health services, especially in the wake of Covid, each year more than 5,000 people find life too much and kill themselves. The effect can ripple through the generations affecting, for example, their children’s mental health. Every death by suicide, indeed every attempt, is a tragedy not just for the deceased but for those left behind. Pharmacy can do much more to reduce these terrible personal tragedies but they need help.