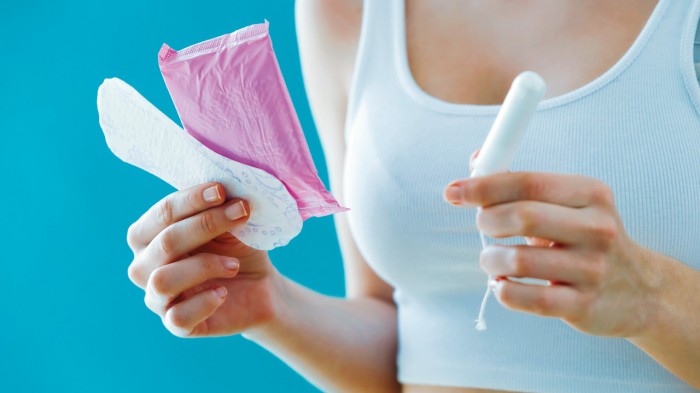 Learn how to spot and manage nutrient deficiencies in women.

Many illnesses and long-term conditions affect women more than men, with onset often in the years between puberty and the menopause. Research is therefore needed to consider whether the symptoms experienced more frequently by women might be related to nutritional deficiencies as a result of the demands of periods, pregnancy and/or breastfeeding.

Periods can be problematic for many women. As many as 90 per cent of women may experience at least one symptom of premenstrual syndrome, which can include breast tenderness, bloating, headaches, backache, weight gain, acne, mood swings, irritability, depressed mood, anxiety, poor concentration, change in libido, food cravings and gastrointestinal disturbances. Women don’t necessarily discuss the severity of their period problems and may just deal with these issues privately each month.

The Channel 4 documentary Sex, Myths and the Menopause presented by Davina McCall resulted in more women discussing their severe period problems during perimenopause, while 'There will be blood: women on the shocking truth about periods and perimenopause', an article in The Guardian by Gaby Hinsliff, contained candid accounts of heavy blood loss.

Dr Jen Gunter called some women’s experience a "supersoaker event", described as "the kind of bleeding that can flood through clothes, defeat even a combination of super-plus tampons and maternity towels, and leave women needing iron supplements or in some cases stop them leaving the house".

A woman’s requirement for iron and other nutrients is higher during the years when she has periods. Adequate nutrition is required to compensate for nutrients that have been lost.

When we consider the advice given after donating blood, a woman must wait 16 weeks before she is allowed to give blood again, whereas a man can make another donation after 12 weeks. This is because it is unsafe for women to give blood too frequently because of the time it takes to build up iron stores and red blood cells again.

Heavy and/or prolonged bleeding during periods needs acknowledging, has consequences, and can lead to further symptoms and illness.

In 2014, a research paper stated that, "little is known as to the extent gastrointestinal complaints are reported by women around menses". In a survey of 156 respondents, 73 per cent said they experienced at least one gut symptom either before or during their period, with abdominal pain and diarrhoea being the most common.

The range and frequency of gastrointestinal symptoms around the time of menstruation are not routinely acknowledged and there has been a lack of research on the topic.

While writing this article, I conducted a snap Twitter poll. With 326 votes, just over 88 per cent said that they either "always" or "frequently" experience diarrhoea, constipation, nausea or vomiting during their period. Only 5 per cent of the women said they never get these symptoms, with 6 per cent experiencing them rarely. If these are representative samples, that is a lot of ‘upset tummies’ during menstruation, for a lot of women, on a fairly regular basis.

The diarrhoea that occurs alongside periods is thought to be related to the prostaglandins that cause uterine contractions to facilitate blood loss, which can also lead to increased peristalsis. Diarrhoea can result in malabsorption of food.

For some women, abdominal pain, diarrhoea and heavy blood loss occur concurrently, which could lead to substantial nutrient losses, anaemia, fatigue and other symptoms associated with nutritional deficiencies.

Nausea, vomiting and constipation may also influence appetite, food choices and eating patterns during menstruation. Food cravings during periods may not necessarily be for nutritious foods. Might these regular gut disturbances influence dietary choices and/or absorption of nutrients, and consequently impact on overall nutritional and health status?

Pregnancy and breastfeeding also put considerable additional nutritional demands on a woman’s body. Some nutrients (e.g. omega-3 fatty acids) are passed preferentially across the placenta to ensure the growing baby gets everything it needs; for example to support brain and eye development. Low levels of omega-3 fatty acids are associated with postnatal depression.

Nutrient deficiencies have symptoms (see table). When we look at this list of symptoms and compare it with the symptoms associated with the conditions experienced more frequently by women, there is a lot of overlap.

Learning how to spot and manage nutrient deficiencies could have a huge impact on women’s health, wellbeing and treatment outcomes in long-term conditions.