Researchers have made impressive advances when it comes to cancer but, to improve survival rates, patients need to be encouraged to present earlier with symptoms and GPs persuaded to lower their thresholds for investigation and referral 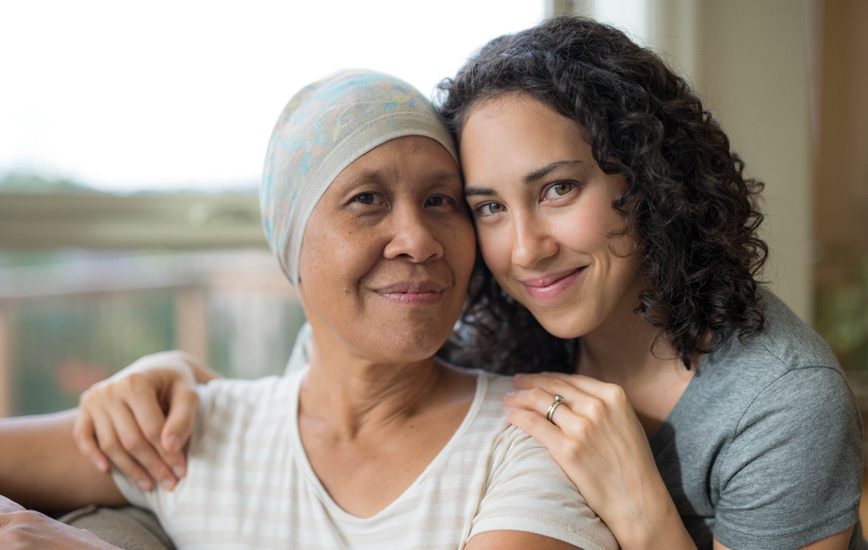 Cancer isn’t – for some people with certain malignancies at least – a death sentence. Half of the people who were diagnosed with a malignancy in 2010-11 survived for at least 10 years, says Cancer Research UK. Yet one-year, age-standardised survival in adults increased by only a fifth between 1971-72 (50.0 per cent) and 2010-11 (70.4 per cent). In contrast, deaths from cardiovascular disease declined by two-thirds (68 per cent) between 1980 and 2013 in the UK.1

Admittedly, targeting malignancies pharmacologically is tougher than tackling heart disease with drugs. Researchers are making impressive advances into the clinical, molecular and genetic quagmire that characterises cancer, which has already revolutionised the diagnosis, treatment and outcomes of some malignancies. However, we are not making the most of the treatments or diagnostic systems we already have – and that is due to money.

Cancer incidence rising – but so are survival rates

The Health Foundation’s recent report, Unfinished Business: An Assessment of the National Approach to Improving Cancer Services in England 1995–2015,2 noted that cancer incidence rose by 40 per cent during the two decades covered in the report. Despite this increasing incidence, mortality, survival rates and patient experience of cancer care significantly improved.

Nevertheless, the report notes, five-year survival rates in the UK have not caught up with other comparable countries.

“With the exception of breast cancer, the gap has not narrowed, as other countries have also improved,” it says. The ongoing difference in survival underscores that politicians, payers and providers haven’t kept the promise made in the 2000 NHS Cancer Plan that cancer services would be the best in Europe.

The report welcomes Theresa May’s announcement in October 2018 that a new cancer strategy would form part of the Long Term Plan for the NHS (see below). Unfinished Business suggests that increasing early diagnosis should help eliminate the gap in survival rates in the UK compared with other similar countries.

Meeting this ambition means addressing underinvestment in core services. Despite the importance of early identification, diagnostic services – endoscopy, imaging and pathology – have not expanded to match increasing demand and lag behind many similar countries. Unfinished Business reports, for example, that the UK is ranked 35th out of 37 countries and 31st out of 36 when it comes to the number of CT and MRI scanners per million of the population respectively.

Tellingly, the number of CT scanners is lower than in Chile, Slovenia and Russia. The report suggests that introducing the faecal immunochemical test, which screens for bowel cancer in primary care for patients with low-risk colorectal symptoms, will help free endoscopy capacity.

The report concedes, however, that this “will require a major shift in primary care practice”. Moreover, the UK invested just 5 per cent of the cancer treatment budget on radiotherapy. Access to radiotherapy equipment in the UK lags behind Slovakia and Iceland, and is just ahead of the Czech Republic and Lithuania.

Unfinished Business makes numerous recommendations to improve cancer outcomes, including full implementation of the NICE guidelines on the recognition and referral of suspected malignancies.3 These recommend that GPs investigate patients whose symptoms indicate at least a 3 per cent risk of cancer.

The report notes that “efforts are being made to increase GP awareness” of the guidelines. Some clinical commissioning groups have changed their referral templates to align with the guidance. Tools in development will help GPs assess the risk of malignancy but the report comments that “much more work” is needed to change GP practice and to raise public awareness about symptoms that might indicate cancer. Pharmacists can play a bigger role here.

Implementing the recommendations in the report will prove difficult enough. Unfinished Business suggests that “perhaps the greatest challenge will be making these changes work with the grain of the current NHS gatekeeping model”. This will, for example, mean encouraging patients to present earlier with symptoms and persuading GPs to lower their thresholds for investigation and referral.

Moreover, commissioners should not block referrals, and hospital clinicians and managers should – assuming the NHS addresses capacity issues – “welcome, rather than discourage, referrals”. Delivery depends on “building support for the changes across the NHS as well as providing the necessary funding”.

Nevertheless, Unfinished Business highlights just how far cancer care has evolved. One of the authors, Professor Sir Mike Richards, former national cancer director, writes that at the start of his career about 40 years ago, healthcare professionals “frequently avoided” the term ‘cancer’ using synonyms such as “tumour, neoplasm, growth [or] a ‘little ulcer’ (always ‘little’)”. In addition, “fatalism and nihilism among the medical profession was widespread”.

Today, widespread beliefs and behaviours still hinder delivery of optimal cancer care. Indeed, Unfinished Business “highlights the importance, above all, of the human infrastructure that needs to be in place to wield the soft power that is crucial to engage support and motivate clinicians and managers across a complex service”.

Additional funding may be essential, but the report warns that without changing “beliefs and behaviours, alongside the evidence and skills to implement change...the injection of resources will not be effective”.

More funding alone isn’t enough to deliver the care cancer patients deserve and have every right to expect.

The NHS Long Term Plan, published earlier this month, sets out specific action to improve uptake of screening and early cancer diagnosis for people who currently miss out. By 2028 the plan commits to dramatically improving cancer survival, partly by increasing the proportion of cancers diagnosed early, from a half to three-quarters.

Cancer Research UK describes the plan as “a good starting point” but says that to make real progress the Government needs “a detailed plan to address the staffing shortages”. Ultimately, without enough properly trained specialist staff to diagnose and treat those with cancer, progress will stall, says Emma Greenwood, Cancer Research UK’s director of policy and public affairs.