Why we all need someone we can look up to

Role models play an intrinsic part in shaping the practice of pharmacists throughout their careers. PM talks to Northern Ireland community pharmacist Terry Maguire about the people who have inspired him 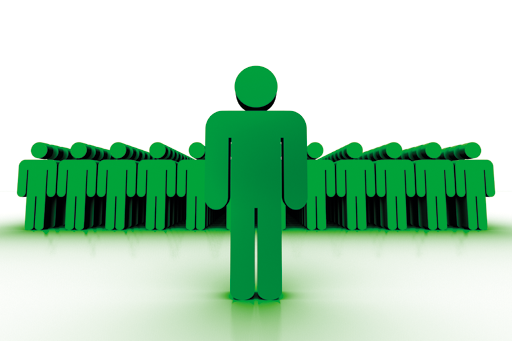 Someone who is inspirational, who makes you want to be the best you can be, who you look up to and learn from. Someone you aspire to be.

These are just some of the ways pharmacists describe those individuals who have made a difference to their careers and the way they practise – their role models.

Dr Rob Yeung, a performance psychologist and author of ‘How to stand out’, suggests a role model is “anyone who makes you think about your own values and goals”.

For Terry Maguire, a community pharmacist in Belfast, a role model is an individual who you aspire to be. “You identify their talents, ideas and ways of acting, and in many ways you become these people and that pushes you on to develop individually and to do the best you can,” he says.

A major influence when Maguire embarked on his pharmacy career was the late Professor Patrick D’Arcy, founder and head dean of the School of Pharmacy, Queen’s University, Belfast.

“He was a charismatic man, politically very astute, and had achieved a lot during his early industrial career in pharmacy, then academia,” he recalls.

“He was constantly promoting pharmacy and encouraging individuals to do their best. I was inspired by his vision, his abilities and his humility.”

Professor D’Arcy’s vision of pharmacy encouraged Maguire to “try and achieve as much as I could in terms of medicines optimisation, self-care and public health”, he says, and this influence has directly resulted in him developing a smoking cessation service and having an active interest in minor ailments, asthma and cardiovascular management.

The late Joshua Kerr, pharmacist and former president of the Pharmaceutical Society of Northern Ireland, was another professional inspiration to Maguire. During the 1960s and 1970s the practising pharmacist gave talks at Queen’s University about how pharmacists “were going to become autonomous individuals and improve people’s quality of life”.

His passion for the profession was palpable, Maguire recalls, and “you could feel he wanted pharmacy to go to another level”.

Those working within the pharmacy profession were not the only people to inspire Terry Maguire. One of his biggest role models was his grandfather, a successful businessman working in the drapery and haberdashery field, who showed him how “a business runs right”.

Another role model was an inspirational biology teacher who had “a way of communicating ideas and made biology exciting so it became a strong subject for me”.

There are many reasons why role models play a valuable part in people’s professional and personal lives. “I think that role models are useful because they can help you to think through what you want from your own career, relationships and life,” says Rob Yeung.

A role model lights the way for you to know what your objective is and inspires you to be the best you can be.

Put simply, our role models colour us. Who we choose defines and inculcates us and says something about us. The value of a role model is really important and we must not aim low when choosing one.

• Who was your role model and what did you learn from them? Email pm@1530.com