The world of medical research has changed dramatically since Pharmacy Magazine’s first issue 25 years ago. Back then the whole human genome remained unsequenced. Today, we’re on the verge of widespread precision medicine and gene therapy 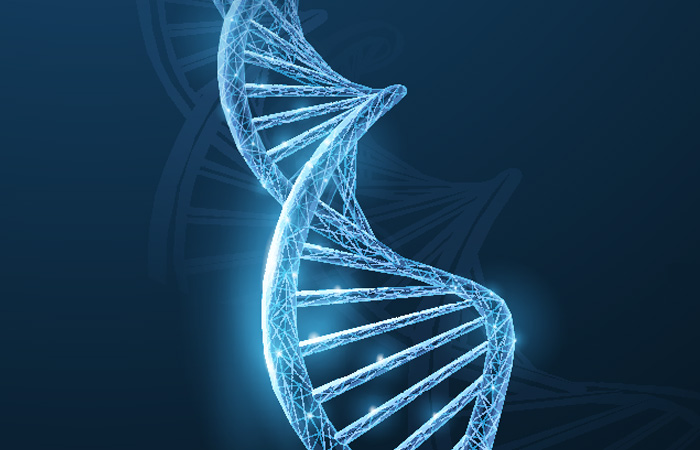 •  Men and women spent, on average, just 80 and 77 per cent of their lives in good health in 2015-17
•  Cancer, rheumatology and dementia will see significant treatment advances over the next 25 years
•  Some 1,000 clinical trials testing gene therapies are currently underway.

Predicting the future of healthcare and therapeutics makes the soothsayer a hostage to fortune but one thing is certain – the UK population is getting older. In 2018, 1.6 million people were aged 85 years and older, says the Office for National Statistics (ONS), but by 2043 that figure is estimated to reach 3.0 million.

Unless there is a dramatic change in trajectory, we will all spend many years enduring ill health. The ONS estimates that men and women spent, on average, just 79.7 and 76.7 per cent of their lives in good health in 2015-17. As the ONS puts it: “Life expectancy has risen more quickly than healthy life expectancy.”

According to Cancer Research UK, for example, 36 per cent of cancers diagnosed in the UK between 2015-2017 were in people aged 75 years and older. Cancer incidence was highest among people aged 85-89 years.

The number of people with arthritis is also rising. In 2010-2012, 22.7 per cent of all adults in the US had diagnosed arthritis and 9.8 per cent had limitations to their activity because of their joint disease. By 2040, the number of adults in the US with diagnosed arthritis will increase by an estimated 49 per cent and those with limitation to activities by 52 per cent.1 Fortunately, cancers and rheumatology attract considerable interest from researchers, reflecting the size of the market and the considerable unmet need.

Dementia, one of the most feared age-related diseases, also attracts researchers’ interest. Models suggest that the number of people with dementia in the UK will increase by 57 per cent between 2016 and 2040 to reach 1.2 million.2 Researchers are following several promising avenues that might lead to new treatments but modifying 12 risk factors, some within pharmacists’ remit, may prevent or delay up to 40 per cent of dementias.2

A recent Lancet commission noted that, “contributions to the risk and mitigation of dementia begin early and continue throughout life, so it is never too early or too late”. Pharmacists could, for example, help patients maintain systolic blood pressure at 130mmHg or less from around 40 years of age and promote the use of hearing aids and ear protection.2

Encouraging patients to adopt a healthy lifestyle is also important, including reducing exposure to air pollution and second-hand tobacco smoke, limiting alcohol use and supporting smoking cessation, which reduces dementia risk “even in later life”.2

We are not just getting older, we are also getting fatter, storing additional health problems alongside our extra adipose tissue. In 2010, 33 per cent of men and 28 per cent of women in England were obese. If trends continue, 60 per cent of males and 50 per cent of females will be obese by 2050.3

Obesity is associated with numerous conditions including arthritis, hypertension, heart disease, stroke, cancer and diabetes. A person with a BMI of 35kg/m2 has a 92-fold increased risk of diabetes compared with someone whose BMI is 22kg/m2.2

Against this background, Diabetes UK estimates that by 2030 more than 5.5 million people will have diabetes in the UK. And treatment costs will continue to rise. Diabetes care in England passed a landmark during 2018, when the NHS bill for glucose-lowering drugs exceeded £1bn. Almost one in 20 prescriptions issued by GPs are for diabetes treatments.4

Despite this huge bill, drugs are only part of the answer – so the next 25 years could see increased use of social engineering to improve public health. Taxation hikes help reduce, for example, smoking and alcohol consumption.5,6

Another study reported that the total volume of soft drinks sold rose by 7 per cent between 2015 and 2018 but the volume of sugars sold per person per day in soft drinks declined by 30 per cent, from 15.5g to 10.8g. The mean sugar content of soft drinks fell from 4.4g to 2.9g per 100ml after adjusting for sales, a 34 per cent reduction.7

Over the next few years, the SDIL and other targeted social engineering will, hopefully, help reduce the number of people with obesity and its associated diseases like diabetes. People with diabetes currently occupy one in six hospital beds and Diabetes UK estimates that by 2030 this will rise to one in four. Hospitalised patients with diabetes have longer stays, increased mortality and higher infection rates.

The next 25 years are likely to see a marked increase in antimicrobial resistance – potentially fatal for people with infections. Cancer chemo- therapy, organ transplantation, even routine surgery could become much riskier without the backstop of effective antibiotics.

In 2016, the O’Neill review estimated that unless we act, antimicrobial resistance could claim 10 million lives a year by 2050. The report warns that, “by 2050, the death toll could be a staggering one person every three seconds”. Antibiotic development has suffered from decades of under- investment. “One reason for this is that discovering new antibiotics is harder today than it once was, particularly those active against the drug resistant Gram-negative infections that are of great concern,” the O’Neill review noted. Thankfully, at long last, that is changing.

Some 407 antibacterial drug discovery and preclinical projects were underway in 2019, about half of which focus on Gram-negative pathogens.8 There is, however, no room for complacency and community pharmacists need to continue to promote antimicrobial stewardship.

All this makes me sound like Dad’s Army’s Private Frazer but there are grounds for optimism. Genetic therapies were barely off the drawing board 25 years ago but are now transforming lives. For example, understanding the genetic basis of spinal muscular atrophy (SMA), a genetic disease that occurs in one in every 10,000-11,000 births, transformed management in ways almost undreamt of 25 years ago and illustrates genetic medicine’s potential.

Until recently, children with type 1 SMA never developed sufficient muscle strength to sit independently, walk or crawl. Tragically, most died before their second birthday.10 SMA patients do not produce enough of a protein called SMN (survival motor neuron) which, in turn, causes dysfunctional neuromuscular junctions.11 Usually, SMA follows the deletion or a loss-of-function mutation of a gene called SMN1.12,13

During evolution SMN1 was duplicated. One duplicated gene mutated into SMN2, which also encodes SMN. The onset and severity of SMA depends largely on the number of copies of SMN2.11,12 Children with the most severe form, who generally die at birth, usually have one copy. Infants with type 1 SMA (45 per cent of cases) usually have two or three copies of SMN2.

At the other end of the spectrum, people with type 4 SMA (less than 5 per cent of cases) have at least four SMN2 copies. In type 4, SMA symptoms usually emerge when patients are in their 30s and life expectancy is generally normal.12,14 Usually, SMN2 generally encodes shortened SMN that is broken down rapidly but about 10 per cent of SMN2 transcripts encode full-length SMN protein.12 Unfortunately, levels of full-length SMN protein produced by SMN2 are only about 10-20 per cent of those with normal genes, not enough to prevent symptoms.14

ASOs are short, synthetic, single-stranded chains of nucleotides that interfere with the transfer of information between the gene and ribosome.15,16 The ASO nusinersen binds to a specific sequence of the SMN2 precursor RNA. This promotes expression of full-length, functional SMN16 and is now used to treat SMA.

Onasemnogene abeparvovec, approved in May 2020 for SMA, is a gene therapy that provides a functional copy of SMN1. The gene therapy aims to halt disease progression by sustained expression of the SMN protein following a one-off intravenous infusion.

Duchenne muscular dystrophy (DMD) occurs once every 3,500-4,000 live male births.16 Mutations in DMD result in a partial or complete absence of a protein called dystrophin, which usually attaches the cytoskeleton to the muscle fibre, acting as a ‘shock absorber’.16-18 So, muscle fibres are easily damaged when they contract, which triggers inflammation. Fat and fibrotic tissue replace muscle fibres.17 As a result, people with DMD experience progressive muscle weakness and atrophy, kyphoscoliosis, cardiomyopathy and premature death.16

These examples are just the beginning. Some 1,000 clinical trials testing gene therapies are underway. Over the next 25 years, medicine in some areas will move from symptomatic management to treating the condition’s genetic basis.19 However, genetics is not always as straightforward as in SMA or DMD. For example, some 300-600 genes influence cancer risk.20

Nevertheless, 25 years ago, the whole human genome remained unsequenced. Today, we’re on the verge of widespread precision medicine and gene therapy. And 25 years ago, we had never heard of severe acute respiratory syndrome (SARs), Middle East Respiratory Syndrome (MERs) or Covid-19, for that matter, and climate change was only beginning to enter public consciousness.

One thing is for sure – the next quarter of a century will see us continuing to deal with other unforeseen developments and their impact on health, society and culture.