With long-haul travel increasing in popularity all the time, the risks travellers face nowadays are diverse – ranging from infectious diseases not commonly found in the UK to the possibility that a long-term health condition may be compromised while abroad.

Many health issues can be prevented, or at least made more manageable, by ensuring travellers set off with the right knowledge – so it is important to ask the right questions.

At the beginning of a consultation, find out where your traveller is going, who with, and for how long. A traveller’s risk profile can vary considerably depending on their destination, with the greatest number of potential hazards often found in developing nations.

Dr Vanessa Field of the National Travel Health Network and Centre (NaTHNaC) says that while most travel-related illnesses, such as diarrhoea, respiratory infections and skin disorders, are mild and self-limiting, “approximately 8 per cent of travellers to developing regions are ill enough to require medical care”.

The medicines’ safety policies of individual countries can also have a bearing on whether customers will be able to access treatment for chronic conditions, says pharmacist and academic Dr Mahendra Patel. “You have got to factor in the country they are travelling to. For example, for people with arthritis, codeine-based products will be subject to stricter regulations in some countries.”

Depending on the demographics in a pharmacy’s surrounding area, certain themes may emerge in the travel category. For instance, each year thousands of Britons undertake Hajj, the Islamic pilgrimage to Mecca (which falls in August this year).

Umrah, sometimes known as the “lesser pilgrimage”, can be performed year-round. The UK charity, Islamic Help, claims Hajj is “the largest single gathering of people on the planet”, bringing 2-3 million people together in Saudi Arabia each year. This critical mass of people increases the risk of infections spreading rapidly.

Dr Field says that in recent years, as a precautionary measure, Saudi Arabia’s ministry of health has recommended that certain groups, such as those with chronic diseases and pregnant women and children, “should postpone the performance of the Hajj and Umrah”.

“There is particular concern about a respiratory illness called Middle East respiratory syndrome coronavirus (MERS-CoV), which has been reported in the Middle East since 2012, with the majority of cases reported by the Kingdom of Saudi Arabia,” Dr Field says.

NaTHNaC publishes Hajj guidance each year once the Saudi ministry of health has published its recommendations and requirements. Specific health and vaccine advice can be found at travelhealthpro.org.uk.

With some regions posing a high risk for infectious diseases such as yellow fever, typhoid fever and hepatitis A, travel immunisations are the subject of many consultations. A common concern for many travellers is malaria.

Malaria, of course, is a serious, potentially fatal parasitic infection spread by bites from infected night-biting mosquitoes. The disease is found in tropical areas worldwide, including parts of Africa, Asia, Central and South America, the Caribbean, the Middle East and Oceania.

As with other infectious diseases, travellers can check NaTHNaC’s ‘country information’ pages to assess whether malaria is prevalent at their destination. Dr Field also recommends following the ‘ABCD’ of malaria prevention:
• Awareness of risk
• Bite prevention, such as using DEET-based repellents and mosquito nets that have been treated with insecticide
• Chemoprophylaxis: taking appropriate antimalarials at the correct dose
• Diagnosis: having enough knowledge of ‘red flag’ symptoms to know when to seek medical help.

Pharmacy customers can access antimalarials without the need for a prescription, including the recently switched Maloff Protect, which contains two antimalarial agents (atovaquone and proguanil).

Once vaccinations have been explored, it is worth looking into how customers will be getting to their destination.
• What modes of transport will be used?
• How long will each leg be?
• Will any time zones be crossed?

Over 300,000 people take long-distance flights (defined as over four hours) each year. Deep vein thrombosis is a relatively common consequence of long-haul journeys, with men affected at a slightly higher rate than women. To minimise the risk of developing DVT, fliers should be advised to wear compression stockings, which apply pressure to the lower legs.

Pharmacy teams can ensure the correct size is chosen (class 1 stockings will be sufficient for most individuals), as well as sharing tips on staying hydrated, wearing comfortable clothing and, above all, remaining active during the flight. Such advice also applies to any long journeys, including car trips, that involve remaining still for long periods of time. 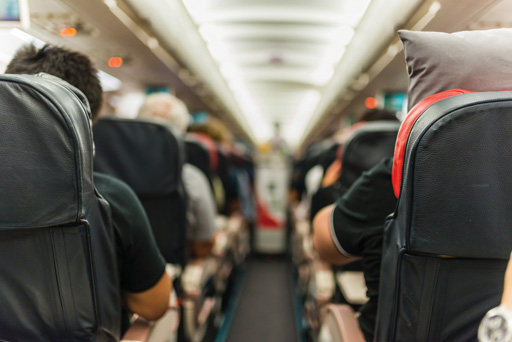 Another common query around long-haul flights is how women can ensure there is no interruption in the efficacy of their hormonal contraception. “Ideally, women should be taking the pill at the same time each day, but this can be challenging if they are crossing time zones,” says Mahendra Patel. “Women do have a window of 24 hours and need to maintain that and try to get into the same timeline as soon as possible.”

He recommends packing condoms as an extra precaution, “just in case they can’t manage their daily dose within the timeframe”. Common travel illnesses such as bouts of vomiting or diarrhoea can affect absorption of the contraceptive pill, so anyone who has these symptoms should take another pill straightaway, he adds.

It is commonly accepted that some individuals take risks while travelling that they would normally avoid, such as engaging in unprotected sex. Statistics seem to bear this out, with the NHS Fit for Travel website stating that a significant rate of sexually transmitted infections are contracted during international travel. Factors at play can include higher than normal use of alcohol or drugs, loneliness and a sense of liberation from everyday social constraints.

Dr Field says that STIs “are a risk worldwide, including in the UK, but some world regions have higher infection rates”. She cites an instance recently reported by Public Health England of a British traveller returning from South East Asia with highly drug-resistant gonorrhoea. To reduce risk levels, people should be advised to wear condoms with any new or casual partners and exercise caution with alcohol and recreational drugs, as these can affect a person’s judgment.

“Returning travellers worried they may have been exposed or have symptoms should attend a confidential sexual health clinic as soon as possible,” Dr Field says.

According to Numark marketing co-ordinator Cathy Crossthwaite, motion sickness gets the lion’s share of consumer attention when it comes to OTC sales in the travel sector, “primarily due to the number of pharmacy-only medicines within this sub-category”.

For those prone to the illness, the main advice is to keep as still as possible when travelling by car, boat, plane or train, look straight ahead at a fixed point and to take in fresh air whenever possible.

Some customers’ concerns aren’t just restricted to what they might pick up while abroad. Those living with a long-term condition, such as diabetes or asthma, will need to plan carefully to ensure the condition is managed appropriately. For those travelling long distances or for long periods, a thorough health review is recommended. Such customers also need to ensure their travel insurance covers their condition.

Those with diabetes should start planning a fortnight before travel, so they can order any additional medication from their GP. The standard guidance is to take twice as much as would normally be used in a given period and to pack supplies across separate bags, along with some snacks for the journey, such as starchy foods and glucose tablets.

Insulin users should carry a note from their GP that explains their diagnosis and treatment, and those using insulin pumps may need an additional document from their hospital or clinic. Any liquid hypo treatments, such as gels and syrups, should be declared.

Glucose control can be affected by factors such as climate, diet and activity levels. A patient with diabetes should discuss his/her trip with their care team and, if on insulin, check with the manufacturer whether supplies are available in the destination country should there be an emergency.

Asthma sufferers are advised to speak to a doctor, nurse or travel health clinic at least two months before they travel. “Refer them to the Asthma UK website,” Mahendra Patel says, “and check that they have the immunisations that are recommended for the destination. If not, any conditions they develop while abroad could compromise management of their existing conditions.”

Air becomes much thinner as altitude increases, which can make asthma worse, so sufferers should bear this in mind if they are travelling to mountainous regions and should be aware of triggers they might not encounter at home.

Something as simple as synthetic fibres in hotel linen can trigger an attack, says Patel. Sufficient inhalers should be packed and checks made that a patient’s usual medication is available at their destination if they need additional supplies.

People returning home from visiting friends and relatives abroad (VFR travellers) are the most challenging group with regards to malaria education, says TravelPharm, with over 40 per cent of all new cases attributed to this group. 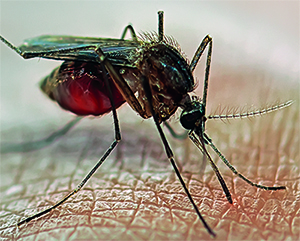 were treated in the UK. Over half of these involved first and second generation migrants in the UK, of which 81 per cent were visiting their family in their country of origin. Others included foreign visitors who fell ill while in the UK, new entrants and a small percentage of foreign students studying in the UK. The bulk of new cases were from visits to Africa (notably western Africa) and southern Asia. Over half of the cases were diagnosed in London.

Research by TravelPharm shows that different ethnic groups of VFRs, who visit different continents, may also be returning to the UK with different malarial strains. Plasmodium vivax, which is found largely in Asia, was treated in hospitals with large Asian communities such as Birmingham Heartlands (12 cases), Liverpool (10 cases) and Bradford Royal Infirmary (five cases). The majority of cases involving the more dangerous strain of Plasmodium falciparum were found in London and imported from Africa.

The high rate of malaria among VFR travellers may arise for numerous reasons, says TravelPharm. It may be that many believe they do not require antimalarial treatments when travelling back to their country of origin. People in this group also travel for much longer periods of time than normal tourists and visit ‘local’ rather than ‘tourist’ areas. Such travellers may distrust medical systems, such as the NHS, or there may be a language barrier that prevents them from getting correct information.

A randomised trial published in The Lancet Infectious Diseases shows that multiple, high doses of ivermectin are well tolerated and able to kill mosquitoes feeding on humans for at least 28 days after treatment. The findings of the trial suggest that a 300mcg/kg dose of ivermectin each day for three days would provide a good balance between efficacy and tolerability, says Dr Menno Smit of the Liverpool School of Tropical Medicine, who led the study.

“High-dose ivermectin may also have potential applications in other vector-borne diseases transmitted by mosquitoes including Zika virus, dengue and West Nile fever, as well as insect- and tick-borne diseases like sleeping sickness and Lyme disease,” he says. “Further studies should be done
to assess the use of ivermectin against these insects.” 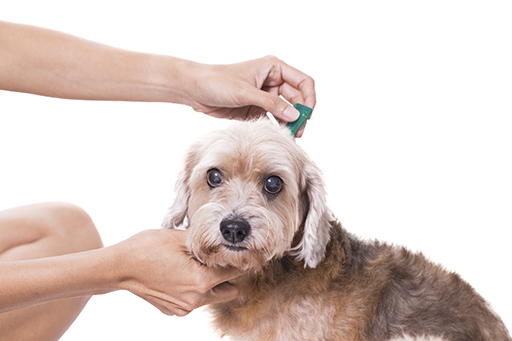 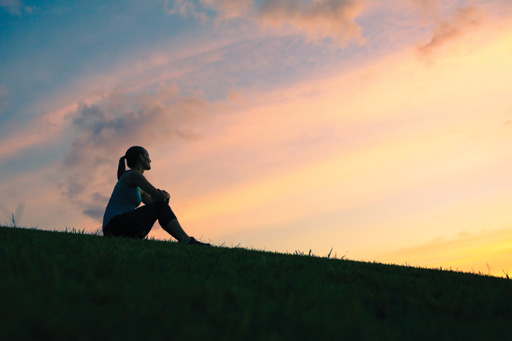