The management of stomas

Nicola Ward, senior lecturer in clinical pharmacy, Leicester University, and Debra Morris, senior clinical pharmacist, Salford Royal NHS Foundation Trust, highlight some potential complications with stomas and how they can be managed in the community.

A stoma is a surgically created opening on the abdominal wall, which allows the exit of faeces and urine when the traditional route is compromised. There are three main types of stomas:

It is estimated that there are around 100,000 people living with a stoma (known as ostomists) in the UK1 with 13,500 patients undergoing surgery for stoma formation each year2. The main reasons for requiring such surgery are cancer, ulcerative colitis, Crohn’s disease and traumatic injury.

Stomas will have an impact on the health and lifestyle of an ostomist whatever their age. This can be both psychological and physiological, increasing their risk of morbidity. It is therefore imperative that there is sufficient support from healthcare professionals in the form of advice and education for the patient and his/her family to prevent a deterioration in quality of life.

Most ostomists will experience problems of varying degrees at some point. Early detection and the ability to determine simple treatments or referrals can avoid the escalation to a more serious condition and hospitalisation.

Seventy-three per cent of ostomists experience skin irritations around the stoma site, making this the commonest problem3. This is usually because of leakage from the stoma due to poorly fitted appliances. Referring the patient to the stoma nurse for a change in appliance and advising to him/her keep the area as dry as possible to relieve symptoms is the most appropriate management.

The consistency of stools from a stoma varies depending on the anatomical location along the bowel, as the function of the colon is to reabsorb water. Stoma output can range from between 500-1,000ml per day. Any volume greater than this is essentially diarrhoea and should be managed as such. The aim is to decrease the output by reducing the gut transit time. This can be controlled using a combination of loperamide, adjusting the dose according to response (to a maximum of 16mg QDS) and codeine tablets. It is important to maintain hydration and rehydration sachets should be encouraged as opposed to plain water for replacement of essential electrolytes.

Constipation is more commonly associated with colostomies. This should be avoided and dietary advice can often prevent it occurring. Treatment in the form of bulk-forming laxatives and a higher fluid intake should be sufficient.

Ostomists are advised to avoid many foods (e.g. nuts, sweetcorn and vegetable skins) due to the risk of stomal obstruction. If an obstruction is suspected, the patient should be referred to a stoma nurse for advice and investigation.

When prescribing or recommending OTC medications for patients with an intestinal stoma, there are some additional considerations. Ostomists are more prone to gastrointestinal side-effects of medicines, such as constipation or discolouration of the stools, and need to be counselled appropriately regarding suitable management.

They are also more likely to experience significant fluid and electrolyte losses associated with the use of diuretic medications, so these should be carefully titrated and monitored.

Patients with an intestinal stoma may also experience issues with the absorption of some orally administered medications due to their reduced intestinal length and associated pathophysiological changes. The use of enteric-coated and modified release preparations should be avoided, and those patients with rapid transit times and associated high stoma output may not sufficiently absorb some standard release formulations.

If patients experience recurrence of symptoms or poor disease control despite optimal medical management, particularly if accompanied by the appearance of apparently intact tablets or capsules in their stoma bag, then absorption problems should be suspected and alternative formulations or medications may be required.

Simple measures and regular medicines reviews within the community can reduce complications and help maintain a good quality of life for ostomists.

By having the basic knowledge of stomas and their functions, pharmacists can be a first point of contact to manage symptoms and offer advice and support when required.

Mr AW has an end ileostomy, which he has managed without too many problems for the past 18 months. His output is usually stable and he changes his bag twice daily. Over the past few days he has noticed that he has had to change his bag much more frequently and the content has been watery with some leakage causing redness around the stoma. He says he feels tired and lethargic and is “off his food”. He usually takes loperamide capsules 2mg twice daily. As a pharmacist independent prescriber, how could you manage this and what advice would you give?

The main issue with Mr AW is an increased stoma output. To try and reduce this, agents such as loperamide and weak opiates like codeine can reduce the gut transit time and increase the chance of fluid absorption in the GI tract. The treatment plan should be:

The ileum contains acidic enzymes that are irritant to the skin, so a stomal barrier cream may be needed. Mr AW should be advised to change his stoma bag more frequently to avoid leaks and to keep the peristomal skin dry.

Embarking on a new beginning 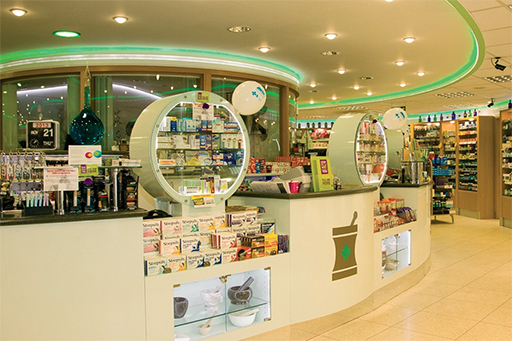