A new smartphone app is being trialled in pharmacies in London, Sheffield and Cardiff. The app allows pharmacists to offer a test kit to women who suspect they have a urinary tract infection and to provide a short course of antibiotics via a PGD if the results are indicative of a UTI. The Dip UTI test kit combines a traditional dipstick test, a pop-up cup to collect a urine sample, and an app with scanning technology that is “clinically comparable to a laboratory digital analyser”, and a virtual nurse to talk users through the test. The test kit has been developed by Healthy.io, an Israeli med-tech company.

NiQuitin’s £1.3m New Year, New You campaign runs until the end of February. The campaign’s TV ad features Christine, a real ex-smoker who quit using a combination of NiQuitin patches and mini lozenges. The advert is being supported with out-of-home and digital activity. Perrigo has also launched the NiQuitin Chat Bot – a 10-week support plan with information on NRT products, the health benefits of quitting, money saving updates, motivating messages and top tips to continue the quitting journey.
Perrigo: 0800 1216 909 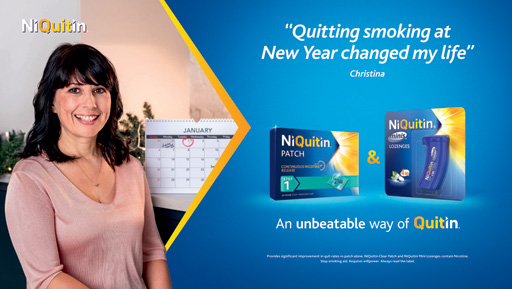 Deep Relief guru back on TV

TV advertising for Deep Relief is to return for seven weeks, running from mid-February to April 7. When the ad featuring the Deep Relief guru ran last year, sales rose by 17.9 per cent in the 52 weeks to November 3, says manufacturer Mentholatum, while the topical NSAID sector grew just 1 per cent in the same period. The campaign will run on ITV, Sky and C4 channels, “with the focus on ITV as this has resonated so well with our target audience of active women over 45”, says brand manager Elaine Walker.
Laser Healthcare: 01202 780558 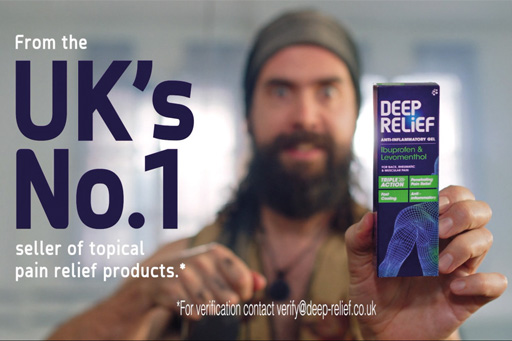 Scholl has joined forces with the College of Podiatry to raise awareness of foot health. RB says the move follows research commissioned by Scholl, which found that 35 per cent of UK pharmacists don’t feel entirely comfortable diagnosing foot conditions and 45 per cent saying they have previously referred a consumer with a fungal nail condition to a GP. A diagnostic tool and in-depth clinical professional development module will be developed by the partnership, RB says.
scholl.co.uk

Business news: Diversity is the key

At the recent LEAD Network annual conference on diversity and inclusion, Tamara Rogers, senior vice president and region head of Europe, Middle East and Africa (EMEA) for GSK Consumer Healthcare, said she was committed to making GSK one of the most innovative, best performing and trusted consumer healthcare companies, with diversity and inclusion a key priority. “We need to ensure we have diverse teams because it brings different points of view to the table and opens your eyes to alternative perspectives. It enables teams and organisations to go from good to great, to becoming high performing teams,” she said.
GSK: 0800 783 88 81 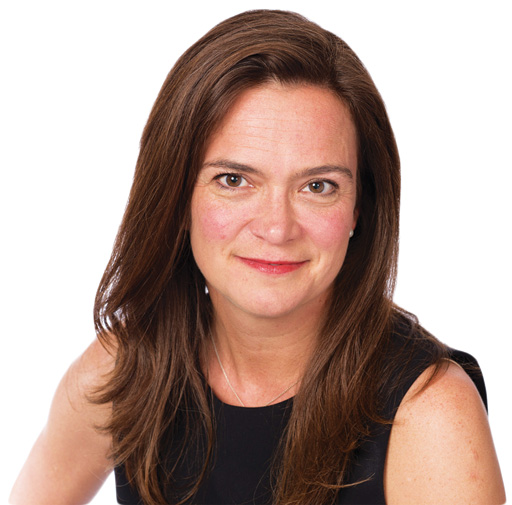 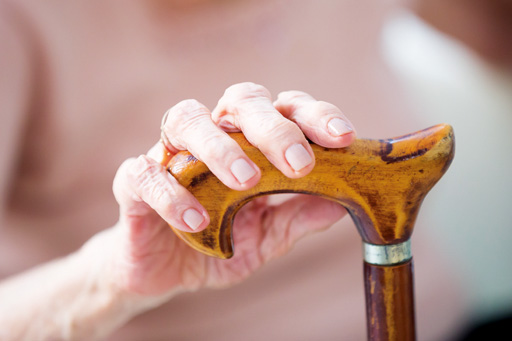