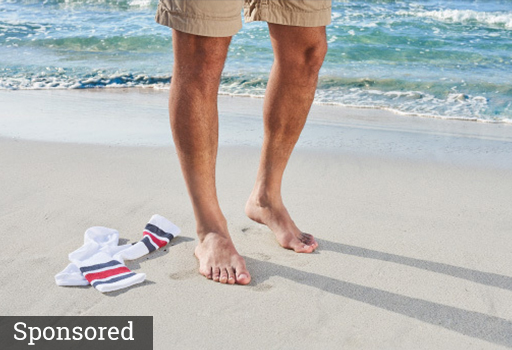 Staff at an independent pharmacy in Manchester are raising awareness of a little known condition after it was brought to their attention by one of their customers. 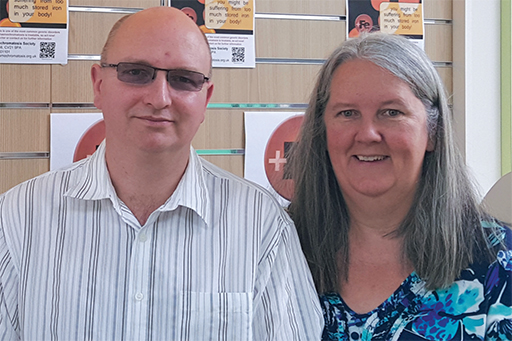 Davina Pharmacy in Tyldesley, Manchester, made August Haemochromatosis Awareness Month after customer Suzy Makin drew their attention to the condition and to the problems patients face getting advice from their GPs and pharmacists, especially about the use of iron supplements and other non-prescription medication.

The pharmacy has a notice board inside, which is dedicated to a different health topic each month. Haemochromatosis patient Graham Makin, 50, and wife Suzy (pictured) visited the pharmacy to tell staff about his condition – one of the commonest underdiagnosed genetic disorders in Britain. Haemochromatosis is also known as iron overload disorder because iron builds up to toxic levels in the body, leading to many complications including chronic fatigue, hair loss, abdominal pain, skin discolouration, early menopause, loss of sex drive, diabetes, serious arthritis, heart conditions, depression, cirrhosis and cancer of the liver.

“Graham is one of the lucky ones – he was diagnosed early enough to prevent a whole host of related conditions,” says Suzy. “Too many people remain undiagnosed until it is too late and damage is done, leading to liver failure and other serious issues.”

“Every day I thank God for our GP and am now determined to raise awareness in any way I can. I am so glad that Davina Pharmacy is doing this. If, as a result, just one person in Manchester is diagnosed in time to save their liver or even their life, it will be a good result.”

Pharmacists are often asked about the first symptoms - fatigue and joint pain, says Suzy, “but giving tonics containing iron or recommending vitamin C is a real problem for people facing iron overload. Davina’s is leading the way in educating their staff and their customers about the dangers.”

Haemochromatosis affects both males and females and is sometimes known as ‘the Celtic curse’ because the gene flaws that cause it are particularly prevalent in families with Celtic heritage. If diagnosed early enough, treatment and management can be very simple through venesection (blood-letting), which forces the body to use the excess iron to make more red blood cells. Up to one in eight people in northern Britain are potentially affected.

“I only wish more pharmacists and other advisers, especially those promoting dietary supplements, were as aware of the dangers as Davina Pharmacy,” says David Head, chief executive at the Haemochromatosis Society. “Early diagnosis of haemochromatosis and simple treatment could save a lot of suffering, including joint replacements, liver transplants, years of pain, and even fatalities.” 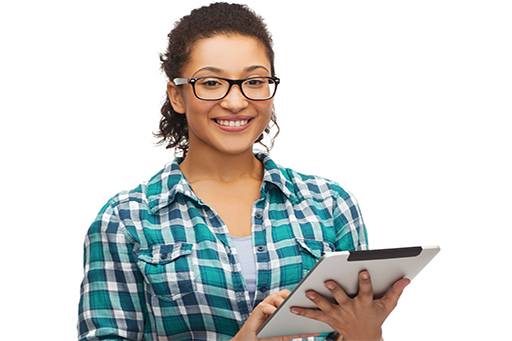 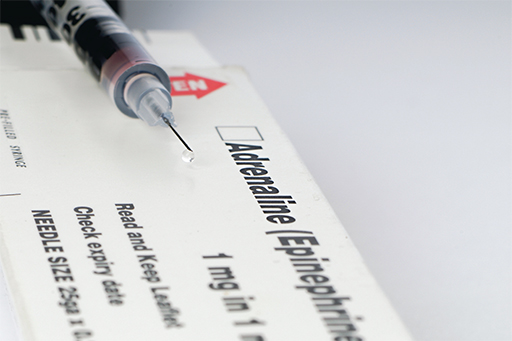