A community pharmacy referral scheme from secondary care has been linked to fewer readmissions and increased opportunities for medicines optimisation.

Referring patients to community pharmacies by hospital pharmacists is recognised as an important step in closing the transfer of care gap.

An article in the January 2016 issue of Pharmacy Magazine described how Refer-to-Pharmacy – an integrated, fully automated, electronic referral scheme – had been designed to overcome the problems. Implemented in November 2015, an early assessment of the usability and benefits of the scheme is now possible.

Refer-to-Pharmacy (R2P) enables hospital pharmacists and pharmacy technicians at East Lancashire Hospitals NHS Trust (ELHT) to refer patients directly to community pharmacies when they are discharged. Pharmacists receive an encrypted copy of the discharge summary letter together with a referral note listing the pharmacy service recommended (e.g. a post-discharge MUR).

R2P has been developed locally through a partnership between ELHT and Webstar Health. “Everything we have done has been driven by the desire for simplicity, user-friendliness and ease of use,” says Alistair Gray, clinical services lead pharmacist at ELHT.

R2P is integrated with the trust’s IT system and requires only a few clicks to create and complete a referral. Patient information is pulled automatically from the patient administration system (PAS) and referral details are largely menu-driven. Finding the correct pharmacy, for example, can be done by name, address or even by using Google maps if a patient has difficulty remembering other details.

“The NICE guideline on medicines optimisation recommends sending a person’s medicines discharge information to their nominated community pharmacy ‘where possible’ – and R2P makes it very easy to do,” says Alistair.

“The referral process actually saves time – in 20 seconds we can provide a community pharmacist with incredibly rich information at the same time as the GP and patient, whereas previously we would have phoned them, taking several minutes.”

Hospital patients are invited to give their consent and are shown a short film on their bedside television to explain the scheme. Consent information is available in English and eight other ‘local’ languages. Patients rarely refuse to participate, notes Alistair.

A useful feature of R2P is that a hospital admission notifi-cation message can be made from the time of admission. When a patient who is using a monitored dosage system (MDS) or is a care home resident is admitted, the pharmacy can be asked to pause dispensing until further notice, saving time and avoiding wastage of medicines. A referral and discharge letter are then automatically sent out at discharge, meaning the hospital pharmacy team only needs to interact with R2P once.

Another option is to refer a patient to the domiciliary medicines support team. This can be useful if patients are housebound and, for example, at risk of falls, says Alistair.

Community pharmacists are notified by email, fax or text that referrals have been received. They then log in securely to accept or reject the referral and access the clinical information. “The level of security required to access patient data is very much like an internet bank with pharma-cists requiring a user name, password and PIN,” says Alistair.

There are about 150 pharmacies in the local area and all have signed up to participate in the scheme. Meticulous preparation and getting all the community pharmacists signed up in advance was the key to success, according to Linda Bracewell, chair of the Lancashire Pharmacy Network. Current estimates suggest that each pharmacy will be receiving between one and three referrals each week.

“There no question – it saves time. It makes a tremendous difference because we get the same information as the GP in a timely manner. It tells us what is needed and we don’t waste time contacting the hospital or the GP to chase the discharge information,” says Mark Collins, contractor and operational support, Lancashire LPC.

“Recently one of our patients with rheumatoid arthritis and several other conditions was admitted to hospital. A lot of changes were made to her medicines and her husband, who deals with her medicines, was confused about the changes. We were able to explain these to him in an informed way – previously we would not have had the information to hand.”

As already mentioned, the scheme has been fully operational since November and, between January and May this year, 1,716 referrals were made. The majority (706) were for information about changes to blister-packed medicines for MDS. A further 681 were to recommend a post-discharge MUR or NMS consultation. The remaining 329 related to changes to medicines for care home residents and miscellaneous information.

During the five months there were 70 fewer re-admissions (at 28 days with the same diagnosis) compared to the same period in 2015 – a reduction from 4 to 2.5 per cent – raising the possibility that the linking of pharmacy services and information in this way was helping to prevent medication-related readmissions.

“We have calculated that we would only need to prevent three readmissions each year
to make the service cost-neutral. A detailed analysis of admissions and discharges is now in progress, which will enable us to see whether R2P patients really have fewer readmissions than others,” says Alistair.

The scheme is now undergoing independent evaluation by Manchester University. According to Dr Jane Ferguson, research associate, Alliance Manchester Business School, community pharmacists say that the scheme saves time because they no longer have to ‘chase’ discharge letters to confirm the details of discharge medication.

In addition, the process “often opened up discussion about medicines” and patients who have been referred are visiting their pharmacy more frequently now to ask about medicines.

Information about R2P, including the film for patients, is available at elht.nhs.uk/refer. 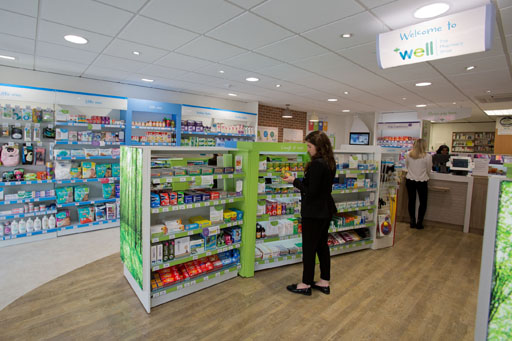 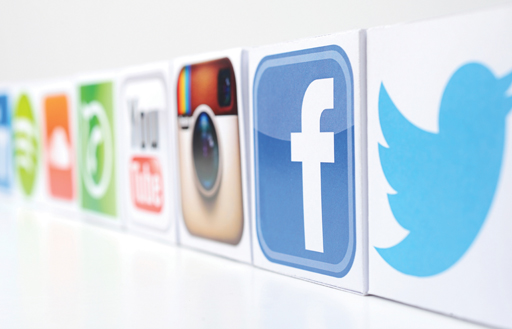 Social media: getting it right