I had a very memorable day recently, celebrating 40 years in business in the pharmacy originally run by my parents. The celebrations made me quite nostalgic, says Reena Barai

In February 1979, during the Winter of Discontent, my parents bought S G Barai Pharmacy from a pharmacist who had owned it for 30 years. At the time my mum and dad both wondered if they would ever last that long in business. 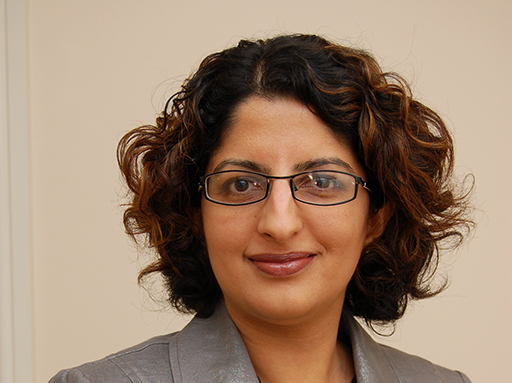 I was one year old and if any of you remember the winter of 1979, it was an extremely cold one. We moved into the flat above the shop, which had no heating. I, of course, knew no better, and each and every one of my childhood memories revolves around the pharmacy.

I remember preferring to sit listening to what was happening in the shop rather than playing with my toys. I recall the way the shop used to look with the old-fashioned medicine bottles and weighing scales. I can recollect the smell of the creams my dad used to make by hand using slabs and spatulas. I spent many days happily playing in empty Pampers boxes in the back of the pharmacy. I was in heaven when my dad let me occasionally go in the shop and talk to customers.

I have one very clear memory of my dad picking me up from nursery one day and the nursery teacher telling him that I had told her I was going to be a pharmacist just like my daddy. I still remember how proud he looked.

Sadly my dad never got to see me graduate or qualify as a pharmacist. For any of you who have lost a parent (too soon), you will know that you are always left wondering what they would have felt or thought if they could see you now. For me, keeping the pharmacy going in his name is probably the best tribute I could ever pay to him. Every day when I open the pharmacy with the set of keys he used to use, I feel like his legacy lives on through me.

A week before my dad passed away, he asked if I could take him to the pharmacy. I watched him gaze at the pharmacy with a look of love, fondness and happiness that most would reserve for loved ones. For six days a week, 52 weeks a year, since 1979 he had given that pharmacy his all. He had built a relationship with a community that had embraced him and his family. He loved his job, the shop and all that went with it.

He was a calm, content and kind man, respected by all his patients, paid testament to by the number of patients who still talk about him today and cried with my mum when he died.

I’m sure most independent contractors today feel the same way about their pharmacies. Our pharmacies are so much more than just a place of work. That is why every criticism of our sector cuts so deep, because of the intense emotional connection we have with our pharmacies.

I love my shop. My staff even joke that when I die they will leave the urn of my ashes on the counter as they know that’s where I’m happiest.

My mum, as a non-pharmacist, stepped up to the challenge of continuing the business while I studied and pursued an initial career as a hospital pharmacist. When I took over in 2003, I did so rather begrudgingly as I was enjoying a great career in hospital pharmacy.

I had just completed a clinical diploma and I assumed (incorrectly) that my clinical knowledge would not be put to good use in community pharmacy and that it wouldn’t be as exciting as my hospital role. Boy was I wrong.

I realised quite quickly that just being clinical wasn’t enough in community pharmacy. I ended up having to sign up to every CPD event going because I lacked skills in patient-centred consultations, business management and leadership. I continuously had to learn new things to keep up with the changing role of community pharmacists as the scope of services we were providing increased.

I did all of this in my own time, giving up precious evenings and weekends, often at my own expense, or paying a locum to work in my pharmacy while I attended training events. I mention this as the recent debate over the use of the word ‘clinical’ and ‘community pharmacists’ has vexed me considerably.

In addition, the sector has been criticised for not accessing the training and support available via the Pharmacy Integration Fund. In my case that is because I’ve already done most of it. I have not stayed stagnant professionally and am part of a workforce that is already highly skilled but not utilised to its full potential.

Another thing I soon appreciated were the ongoing personal relationships I was able to develop with my patients, in my case now over decades and generations. In hospital I helped patients but I never saw them again once they were discharged.

Community pharmacy offers an enviable continuity of care that no other healthcare sector can provide any more. The fact we offer this care with no appointment needed or time restriction on the conversations is just about the best the NHS could ever ask for.

I could extol the virtues of community pharmacy till the cows come home yet, for the first time in 40 years, I’m not feeling as optimistic about the future of my little pharmacy. A very good friend of mine said to me recently that the future is bright for pharmacists, but not for pharmacies.

In my opinion the funding cuts that have been imposed on us have created a cruel ‘survival of the fittest’ and this randomised attrition of the community pharmacy network is what scares me the most.

I would love to say community pharmacy is at a crossroads but that would imply there are some clear paths ahead. Instead I feel like community pharmacy is at a roundabout with many exits. The satellite navigation system keeps getting confused and is sending mixed messages as to which exit is the best one to take and so inevitably you have to keep going around the roundabout, waiting for clarity.

This obviously leads to frustration, resentment and despondency, with many giving up, some staying put waiting for direction, others obediently going round and round, and some going out on a limb and hopefully creating their own path to the unknown.

In the bigger scheme of things there are so many shops closing down – including some well-known high street names. Changing consumer habits, expectations and behaviours are proving to be challenging. Sometimes I think if the big companies can’t cut it, what hope have I?

Forty years is an incredible achievement of which I am very proud. I have to pay tribute to my mum who has worked tirelessly in the shop for the last 40 years through much adversity. She has been my inspiration and motivation throughout and we are a formidable mother and daughter team.

I will certainly do my best to carry on for the sake of my loyal patients and community but I am very aware that you can’t do today’s job with yesterday’s methods and be in business tomorrow. Change is something that I am not fearful of. Whatever the future holds for my pharmacy, I’m confident I will be able to look back on it and say – I gave it my all.