People from deprived areas most likely to suffer diabetes complications 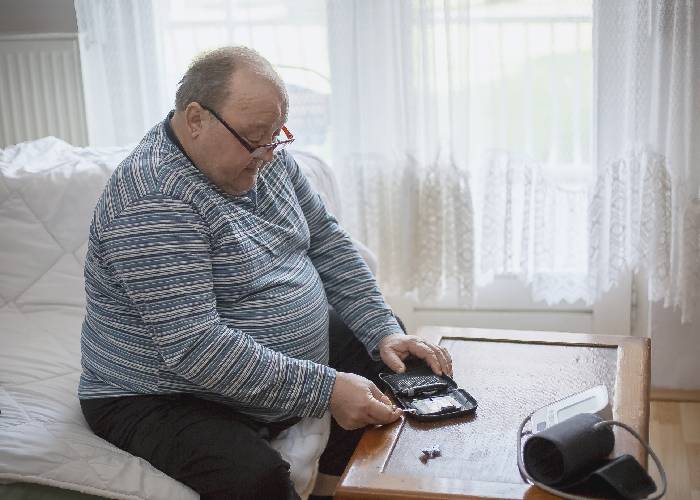 People living in socially deprived areas of Scotland are more likely to experience life-threatening complications of type 1 diabetes, according to a new study.

Research presented today (April 23) at the Diabetes UK Professional Conference reveals rates of diabetic ketoacidosis (DKA) have been steadily increasing in Scotland since 2004. Those living in deprived areas of Scotland are at higher risk of DKA and most likely to be hospitalised or die as a result.

Diabetes UK, which funded the study, called for “renewed and focused effort” to address “deep-rooted inequalities” in diabetes care.

A team led by Dr Joe O’Reilly at the University of Edinburgh used National Records of Scotland data to track people with a diagnosis of type 1 diabetes from 2004 until 2018. They investigated how many were admitted to hospital and/or died as a result of DKA over the 14-year period.

Among the 37,939 people with type 1 diabetes identified, over a quarter (27 per cent) experienced a DKA event. In total, 30,427 DKA hospital admissions and 472 deaths were recorded from 2004 to 2018. Of those who were treated for DKA in hospital, 45 per cent experienced at least one additional DKA event.

Rates of DKA admissions and deaths were lower in those who used an insulin pump or had completed a structured diabetes education course, highlighting how receiving appropriate support to manage type 1 diabetes can help individuals reduce their risk of DKA, said the researchers.

Angela Mitchell, director of Diabetes Scotland, said: “It is incredibly concerning that increasing numbers of people with type 1 diabetes in Scotland are being hospitalised with, and dying from, DKA. Access to the tools, knowledge and support people need to manage their type 1 diabetes well is essential for preventing DKA. This study indicates this may be lacking for people living in more deprived areas.”

This research reinforces the urgent need to address the deep-rooted inequalities that persist within diabetes care in Scotland, she added.