Like any neglected aspect of health, poor sexual health can have repercussions – and not just for a person’s sex life. Currently, the UK is home to some worrying trends relating to sexually transmitted infections (STIs). For example, there were 447,694 new diagnoses of STIs in England in 2018, an increase of five per cent on the previous year, according to the latest statistics from Public Health England (PHE). These also highlighted that gonorrhoea cases were up 26 per cent in 2018 compared to 2017 – their highest number in over 40 years. Resistant bacteria are also cause for concern, as first-line treatment for gonorrhoea continues to be threatened by antimicrobial resistance, leading to strains of super gonorrhoea being reported. 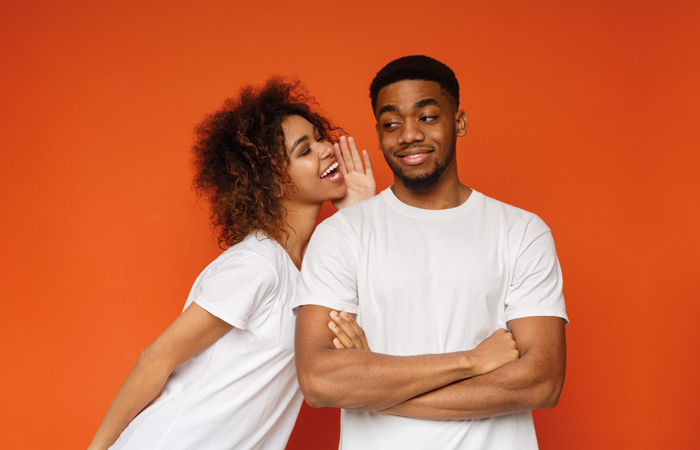 Using contraception, such as a condom or a dental dam, can protect against STIs and free contraception is available from sexual health clinics and GPs, as well as some pharmacies through the C-Card Scheme.

It is recommended that anyone who has been diagnosed with an STI inform any sexual partners they have had within the previous six months, in case they need treatment too. If left untreated, some STIs can lead to more serious health issues. “It depends on the STI but untreated STIs can make treatment more complicated and less effective and can also lead to more serious and sometimes life-long health implications, including pelvic inflammatory disease, which can cause infertility,” says Jackie Redding, assistant director of operations at the sexual health charity Brook.

Chlamydia is caused by the bacteria Chlamydia trachomatis and is particularly common in sexually active teenagers and young adults. Most people with chlamydia do not notice any symptoms, which is why regular testing is important, but if symptoms do develop, they can include:

Chlamydia is treated with antibiotics, either
a single dose of azithromycin, or a weekly dose of doxycycline. Sex should be avoided for seven days after treatment.

Not only is gonorrhoea known for its sometimes resistant nature, there continues to be a rising number of cases of the STI. “There has been a massive increase in diagnoses of gonorrhoea,” explains Amber Newbigging-Lister, policy and campaigns officer, from the Terrence Higgins Trust. “From 2009 there has been an increase of 249 per cent.”

The infection is caused by bacteria Neisseria gonorrhoeae or gonococcus and is sometimes known colloquially as “the clap”. Approximately one in 10 men and around half of women do not have any symptoms of gonorrhoea, which is why it is important to recommend customers get tested if they have had unprotected sex with a new partner. If symptoms do appear, they typically include:

Gonorrhoea is treated with an antibiotic injection and a single dose of antibiotic tablets. Customers may be asked to return for a repeat test between two to four weeks later. If gonorrhoea is not treated, it can lead to serious long-term health problems, such as pelvic inflammatory disease in women or infertility.

As with most other STIs, cases of genital herpes are also on the rise, increasing by 23 per cent in the past 10 years, according PHE’s latest statistics. There is no cure for the virus and it will always remain in the body, but can lay dormant without symptoms. It is therefore important to inform customers that the virus can be passed on even if there are no symptoms, as well as reminding them that herpes is caused by the same virus as cold sores and so oral sex should be avoided if either partner has a cold sore.

Symptoms of genital herpes begin with a tingling or itching sensation, before fluid-filled blisters appear on the genitals. These burst to leave sores, which can be itchy, and there may be pain when urinating. Some people may also experience flu-like symptoms.

Symptoms should clear by themselves but once a diagnosis is confirmed, customers can receive antiviral medication from a GP or sexual health clinic to help shorten the outbreak. Customers can also be advised to keep the area clean using salt water to help prevent the blisters becoming infected and apply an ice pack wrapped in a flannel to soothe the pain. 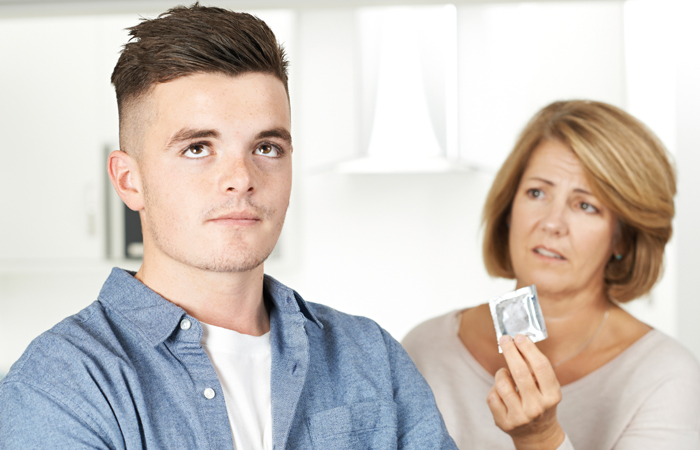 Getting rid of genital warts

Genital warts are caused by the human papillomavirus (HPV), which is a different virus to the one that causes warts or verrucas on hands and feet. Genital warts appear as one or more painless growths or lumps on the genitals and anus, this can change the normal flow of urine. There can also be itching and bleeding around the area.

As with herpes, there is no cure for genital warts, but it is possible for virus to clear over time. Treatment varies depending on what the case is like: some customers may be prescribed a cream or liquid to apply to the warts, the warts can be frozen off by a doctor or nurse or removed through a surgical procedure. The HPV jab protects against genital warts.

Syphilis is caused by the bacteria Treponema pallidum and can be very harmful if left untreated, particularly for long periods of time, as it can spread to the brain or other parts of the body and cause serious long-term health problems. Syphilis can also be spread for up to two years after infection if someone is not treated. As with other STIs, there has been an increase in syphilis in recent years, with a 165 per cent increase since 2009, according to Amber.

Some people with syphilis have no symptoms, however in the initial stage, a small painless sore around where the infection entered the body may appear. This can take between two and six weeks to heal and disappear unnoticed. Further symptoms include:

Syphilis can be cured by a short course of antibiotics, but treatment may vary with more serious cases. For example, customers who have had the STI for over two years will need three penicillin injections and a 28-day course of antibiotics. If it remains untreated, syphilis can cause blindness, deafness, dementia and even heart disease.

Thrush is a yeast infection caused by Candida albicans that can affect men and women and thrives in warm and moist conditions. It is not classed as an STI but can be triggered by sex, as well as wearing tight or synthetic clothing, hormonal changes and taking antibiotics.

Thrush should clear up within a week of using an over-the-counter (OTC) antifungal medicine, available in an oral tablet, pessary or cream. Sexual partners should not need treatment unless they also have symptoms.

If it remains untreated, syphilis can cause blindness, deafness, dementia and even heart disease

The human immunodeficiency virus (HIV) damages the immune system and weakens the body’s ability to fight infections and disease. As a result, this can develop into acquired immune deficiency syndrome, more commonly known as AIDS. There’s currently no cure for HIV, but there are treatments that enable people to live with the virus and prevent AIDS-related illnesses.

The statistics from this report also show:

It is hoped that the UK will reach its target of zero new diagnoses by 2030, but things have to change. “We now have an ambitious target to reach zero new HIV transmissions that the Government has committed to playing its part in achieving, but if progress starts to stagnate we simply won’t get there,” says Debbie Laycock, head of policy at the Terrence Higgins Trust.

The HIV Commission has been launched to achieve this target and it aims to develop evidence-based recommendations to end HIV transmissions and HIV-attributed deaths in England within the next 10 years. Created by the Terrence Higgins Trust and National AIDS Trust, the Commission will publish its recommendations in spring 2020, which the Government has committed to review as part of its commitment to meet its target to end new HIV transmissions by 2030.

“We will be working with experts from the science and public health communities, and drawing on the expertise and experience of people living with HIV, businesses, the voluntary sector and the public to develop a credible way to make England the first country in the world to achieve this ambition,” says Dame Inga Beale, chair of the HIV Commission.

Pharmacy teams have a unique opportunity to help customers manage their sexual health. Here are some top tips when dealing with this sensitive subject from Beverley Wright, pharmacy assistant at Mill Pharmacy in Suffolk and finalist of the Recognition of Excellence Awards 2019

“Good sexual health enables healthy relationships, planned pregnancies and prevention of diseases,” says Beverley. “The younger people may look around, look nervous, usually in pairs, and not get in a queue. Learning body language can help in these situations.” Beverley therefore recommends:

Pharmacy teams can help encourage customers to get checked for STIs by informing customers that sexual health services are free and available to anyone. They should also ensure they provide non-judgemental support to ensure customers are managing their sexual health as much as their overall health.