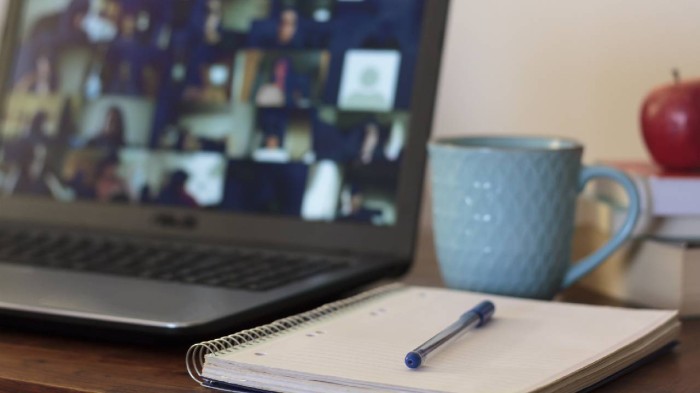 Next month's Society AGM, which will again be held online, could be a lively affair.

The Society’s AGM is not usually the most sought-after ticket in town but the royal college furore and a number of other high-profile blunders means that it could be a lively affair this year, says former RPSGB president Steve Churton.

If Twitter — which appears to be the main forum for debate these days — is to be considered the bellwether of opinion, the row regarding the Royal Pharmaceutical Society becoming a royal college is gathering momentum as we approach this year’s AGM. This is despite the intervention made last week by RPS chief executive Paul Bennett.

There are those seeking a forensic examination of the origins of such a suggestion, there is speculation about why the Society has apparently dropped an intent to take itself in this direction, and understandable inquisitiveness as to why a royal college for the profession is as good an idea as some appear to think it is.

I’m no expert on the detailed remits of royal colleges but I value the opinions of those who are. I do, however, have some sincerely held views, which will not come as a great surprise to many!

The underlying rationale for the division of the Royal Pharmaceutical Society of Great Britain in 2010 to create the General Pharmaceutical Council and the Royal Pharmaceutical Society was to remove the obvious conflict that existed within the organisation, and to allow for independent regulation and freedom for the nascent professional leadership body to support the needs of its membership and the wider profession. This vision called for the RPS to be considered a body akin to a royal college, with the strategic intent over time for it to become one.

After extensive consultation, the conclusions and recommendations of the independent Clarke Inquiry, which was predicated on this long-term vision of a royal college, were accepted by the Council of the RPSGB and supported by its members.

As RPSGB president at the time I personally made a firm commitment on behalf of the Society to the membership, and I have never wavered in my support for a royal college. I believe passionately that any attempt by the RPS to step away from that commitment would be extremely unfortunate.

As a matter of principle, the RPS needs to explain to its members any dilution in its intent to become a royal college, and not to quietly deprioritise its ambition to do so. There needs to be an informed and meaningful conversation with members. For me, this is a simple matter of principle and courtesy to members, many of whom retained their membership in the belief that their continued support would help bring about this vision.

There are 23 medical royal colleges in the UK and Ireland. Pharmacy is conspicuous by its absence from this august group. Why is that? Some may consider that the RPS offers them a good surrogate – I happen to think there is quite some way to go.

For decades we have bemoaned the perception of our professional standing and influence relative to others, yet we have failed to understand some of the crucial drivers to resolve this.

Think about those outside the profession who are looking in. Think of those we need to influence; those who are effectively our commissioners and paymasters, and those who need the confidence to trust us with delivering the public health agenda to the highest standards of patient care.

Think about how influential our colleagues in allied medical professions represented by respected royal colleges have been in being able to advocate and influence. Think about our patients; those who place their trust in our expertise. What would they expect of us?

Our professional standing in the eyes of our patients and our equals in other medical professions really matters. Why would a science-based clinical profession not see a distinguished royal college as the pre-eminent body to drive excellence in education, in specialist areas of practice, in patient care, science and in the advancement of the profession itself?

It would be a huge strategic mistake to underestimate the respect, influence and advocacy which a royal college would provide. Professional integrity is critical for our survival.

Just as I believe it is a privilege to be a member of a profession regarded highly and important enough to be regulated, I would personally feel privileged to be a member of a respected profession represented by a body with royal college status. There can be no greater professional ambition. Surely no pharmacist who is truly dedicated to life-long learning and improvement could possibly justify with a scintilla of sincerity the decision not to belong to a world-class royal college?

We need more confidence in ourselves and our abilities. We need to understand and appreciate the underlying reasons for our insecurities and hesitancies. We need to feel compelled to take personal responsibility to keep ourselves professionally informed and educated. We need to take an active role in shaping the future landscape in which we offer our professional expertise and service. And we need to be able to find our natural home in a Royal College of Pharmacy.

It could, of course, be argued that the RPS offers all this already and that a change of name is all that is needed. I don’t subscribe to that view at all. Progress has been made, but there is so much more to do.

The more realistic position would be to consider the RPS as an important part of the journey, but not the final destination in itself. Let us not limit our ambition to continue our journey. Or even worse, apply the brakes and find ourselves parked in a quiet suburban cul-de-sac of professional inertia.

"It would be a huge strategic mistake to underestimate the respect, influence and advocacy which a royal college would provide"