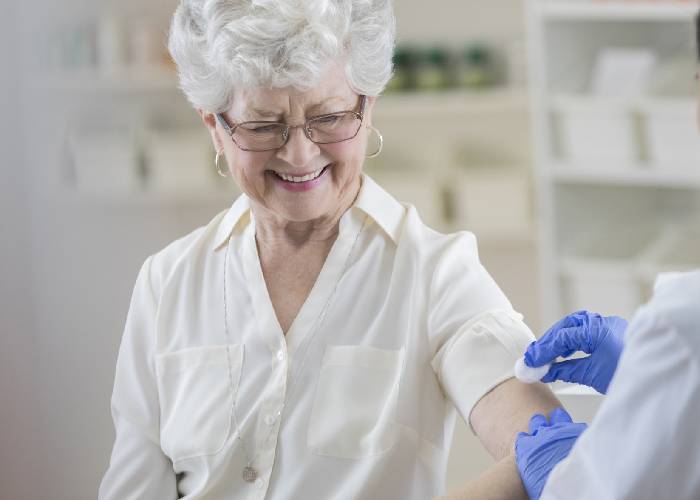 Nigel Chivers compares the newly announced fee for community pharmacy flu vaccinations with the “Eat Out to Help Out” scheme and questions whether the Government has got its priorities right.

A bad flu season will create mortality figures approaching Covid-19 levels, although that is seldom headline news and passes off without troubling most of the population or crashing the economy.

This year, of course, is different. The threat of a second wave of Covid-19 playing out over the flu season is causing health planners to sweat. No one knows how these viruses will impact each other. Might patients capable of surviving either flu or Covid succumb if they catch both? Could the NHS bear the strain of two viral outbreaks at one time?

Of course, we can vaccinate against flu, but not Covid-19, so more than ever it makes sense for the Government to allocate appropriate funding, out of the £trillions it is spending, to ensure that the impact of flu is as limited as possible.

So...the Government’s response to this opportunity to make a life-saving and significant impact on health is......£10.08.

Without any sense of irony or disappointment, PSNC has reported that £10.08 (generously up from £9.58 in 2019/20) is the flu vaccine fee to be paid to community pharmacists for their role in limiting the impending health crisis.

But there is more...contractors can also claim £200 to cover the cost of venue hire but who is going to be working in the pharmacy while pharmacy teams administer flu jabs in the village hall? Locums, perhaps – but who pays for them?

Flu jab administration in community pharmacy has been growing quickly over the last five years. According to NHSBSA figures quoted on the PSNC website, in 2015/16 there were 595,467 vaccines administered under the NHS Flu Vaccination Service. That has grown every year and in 2019/2020 the figure reached 1,718,147.

But it could have been so much better if the Government wasn’t so wedded to short-term populist policies.

Of all the measures introduced by Rishi Sunak surely one of the least impressive has been the “Eat Out to Help Out” scheme. The Times has reported that this obesity-driving programme has been so popular that it has already cost £522 million (£22 million over budget), a sum surely to rise as restaurants have until the end of September to submit claims.

I don’t begrudge this short-term support for the hard-pressed hospitality sector but if just 5 per cent of that budget was allocated to flu vaccination services, that would have been another £26.1 million. What level of service could pharmacy have delivered, and how many people could have been vaccinated, had the vaccination service scheme been appropriately funded?

One should not be surprised. This Government’s contempt for pharmacy has been writ large many times but they should remember that while GPs’ response to Covid-19 was to lock the door and skulk in their surgeries, community pharmacy kept on treating and meeting patients’ needs even in the face, sometimes, of shocking hostility.

Community pharmacy is the service that can deliver community vaccinations at scale – the Government would be wise to remember this not only for this year’s flu season but for when a Covid-19 vaccine eventually appears. Will it take the opportunity to make sure such programmes are properly funded?

Nigel Chivers is a director of Communications International Group, publisher of Pharmacy Magazine