The NHS App can now be downloaded on the Apple Store and Google Play, although its full range of functions will not be available to all patients in England until the summer. PSNC is encouraging pharmacy teams to get to grips with the app, which will allow patients to manage their repeat prescriptions among other functions.

It was launched on December 31 following a trial that involved over 3,000 patients in 30 GP surgeries.

While the app will eventually offer functions such as patient record access, NHS 111 consultations, GP appointment booking and viewing and ordering repeat prescriptions, for the time being patients from many surgeries are only able to access the symptom-checking tool.

This is because GP practices need to review their IT system settings to allow their patients to access the full range of functions. It is thought most surgeries will do so between April and June, with full rollout expected by July 1.

The app is also expected to facilitate digital GP consultations, which the NHS Long Term Plan pledges will be made available to all patients in England over the next five years.

The app is a joint project from NHS Digital and NHS England. It was developed by Belfast-headquartered IT company Kainos, which won the £6.4m contract through a competitive process.

‘Pharmacy staff should learn more about the app’

PSNC director of NHS services Alastair Buxton said: “The use of the trusted NHS  brand and the high use of smartphones by citizens in England means that the NHS App is likely to be a popular download for patients who regularly use the services of their general practice.

“We expect the functionality to allow quick re-ordering of repeat prescriptions will be one of the most frequently used features, so pharmacy staff may want to find out more about how the app works. We hope that an early development of the app will be to allow patients to set their own EPS nominations, improving the ability of patients to directly select which pharmacy they wish to use.”

Health secretary Matt Hancock said the app “marks a shift towards a truly digitised NHS and will allow patients to secure a GP appointment with the click of a button, rather than having to join a queue of callers.”

Royal College of General Practitioners chair Helen Stokes-Lampard said: “Technology plays an increasingly important role in the NSH and in our patients’ lives.

“The new NHS app promises to be a significant and constructive step forward in using technology to support patients to manage their own care and wellbeing. We hope it will make navigating primary care services easier for patients.”

Richard Vautrey, chair of the BMA’s GP committee, said that now the app has been launched it is “something that can be properly tested, assessed and developed in real time… if it is useful it should sell itself and people will use it”. 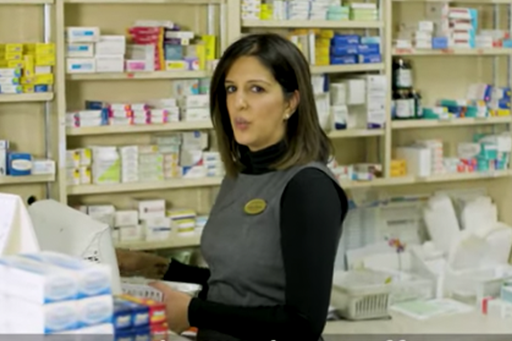 Call for pharmacies to take part in Help Us, Help You campaign