Biosimilars: new drugs on the block

Biosimilars are shaking up the $70bn global market for biological medicines, so it is worth taking the time to understand their place and growing importance in healthcare and therapeutics.

$70bn
Biologics are currently worth more than $70bn globally.

28%
The global biologics market is projected to exceed $390bn by 2020, accounting for up to 28 per cent (by value) of the global market for pharmaceuticals.

$18 billion
The global market for biosimilar medicines is expected to reach $18bn by 2017.

20
Since 2006, over 20 branded biosimilar medicines have been granted marketing authorisation in the EU.

Biosimilars look set to play a profound role in the future of healthcare and could save the five major European Union (EU) markets and the US up to Euros 100bn over the next five years.

The development and use of biological medicines has led to important progress being made in the effective treatment of a number of diseases and the care of patients, says NHS England’s chief pharmacist Dr Keith Ridge. However, they are not cheap, accounting for six of the top 10 medicines by spend in the UK. Cheaper but equivalent biosimilar options can create cost efficiencies for the cash-strapped NHS.

NHS England supports the appropriate use of biosimilars, says Dr Ridge. Their use, he says, will “drive greater competition to release cost-efficiencies to support priorities for patient care generally, as well as the treatment of an increasing number of patients and making headroom for the utilisation of new, clinical and cost-effective innovative medicines”.

To give patients and NHS staff authoritative information on these novel treatments, NHSE has published ‘What is a biosimilar medicine?’ (england.nhs.uk/wp-content/uploads/2015/09/ biosimilar-guide.pdf). This document explains to clinical and non-clinical stakeholders how to support the appropriate use of all biological medicines.

To increase the understanding and use of biosimilar medicines, the British Biosimilars Association (BBA) was launched in April. As the expert sector group of the British Generic Manufacturers Association (BGMA), the core focus of members is ensuring patients in the UK can benefit from these medicines to the same extent as those elsewhere in Europe.

Generic medicines fulfil nearly three-quarters of all prescriptions for conventional medicines in the UK, delivering some of the lowest medicine prices in Europe as a result. Despite being used here since 2006, NICE guidance and resources, as well as NHSE support, take-up of biosimilars remains “surprisingly low” in the UK compared to a number of other European countries, says the BBA.

For example, data based on 2010 usage of human growth hormone (hGH) at the North Central London Formulary and Medicines Management Group at University College London Hospitals NHS Trust, suggests annual cost savings in excess of £200,000 a year would be possible from a single centre if all patients were switched from originator hGH to biosimilar hGH.3

A biosimilar is only approved in the EU when the European Medicines Agency decides that it has the same clinical effect in a given clinical setting as the reference medicine. This means that biosimilar medicines are interchangeable with the reference product. Such interchangeability must not lead to automatic switching of patients from one product to another without the guidance of the clinician, or to automatic substitution by a pharmacist, warns the BBA.

If the EMA finds a high degree of similarity between reference and biosimilar products, less clinical data is required for approval of the biosimilar – a process called extrapolation. The EMA does not automatically grant all the originator indications to a biosimilar, but the indications that it does approve are considered to have a comparable safety and efficacy profile to that of the reference product.

Although biosimilars can offer significant cost savings relative to the originator, the percentage price reduction is much less than that for generic medicines because of the additional complexity of the product, its development, manufacture and pharmacovigilance requirements. Biosimilar medicines cost over $300m to develop, compared to around $3m for a traditional generic.

IMS Health’s report on the ‘Impact of Biosimilar Competition’, requested by the European Commission and published in June, contains several key findings:
• Competition drives down the price: this increased competition affects not just the price for the directly comparable product but also has an effect on the price of the whole product class
• Correlation between biosimilars’ market share and price is weak: high savings can be achieved even if the biosimilar market share is low
• Competition can also influence the originator behaviour: originators have acted differently in many cases to what had been experienced for small molecules
• Lower prices have the most impact on usage in countries with low initial usage: in countries which used to have low usage/ availability in the classes, the price reduction seems to have a significant impact on increased access
• There is a small correlation between the number of competitors and price reduction.

“This report draws timely attention to the fact that biosimilar medicines are not generics, and neither is their market,” says Dr Virginia Acha, who is executive director of research, medical and innovation at the Association of the British Pharmaceutical Industry.

“The recommendations also highlight the need to think differently as to how we develop the right policies and practices for these medicines to ensure their appropriate uptake in clinical care, generate well-informed patient engagement and establish an effective procurement pipeline.”

What are biologics and biosimilars?

Biological medicines, including biosimilars, are highly complex, protein-based products, made or derived from living organisms, typically using recombinant DNA technology. Proteins are usually much bigger in size than medicines produced by chemical synthesis and have a higher complexity and variability than small chemical compounds. They can be tailor-made so they bind to specific targets in the body, something that is not possible with conventional medicines.

Biologics and biosimilars are typically used to treat long-term and complex conditions such as cancer, rheumatoid arthritis, psoriasis, Crohn’s disease and growth disorders.

The question of whether to prescribe and dispense the brand or a generic is such a frequent decision that it is often not given much thought. But the choice is not always clear-cut and can present pharmacists with a dilemma.

Under brand support deals, manufacturers of originator brands will fund the difference between their brand and the generic equivalent to encourage pharmacists to dispense it in preference. These deals also benefit pharmacies, says Mudhar.

“From a pharmacy point of view, it gives you a point of difference but it is purely done on a commercial basis. Multiples, for example, might say they do it to maintain brand continuity but they’ll only do it if it makes commercial sense for them.”

Branded generics are less of a problem than they used to be, says Mudhar. “Branded generics have been a bit of a scourge to pharmacy and the problem has never really gone away.” While there is much less commercial activity behind them, such as rebates to encourage prescribing, and more focus on sustained-release products where the argument is that they provide brand continuity, “they still occupy this unhealthy place between generic and brand”.

Educating patients about the difference between brands and various generics is also less of an issue these days, he says. “I think that UK patients are very accepting because they are very trusting of the whole system and there is very rarely a problem. There are still patients who want their tablets a certain colour, and it is up to the individual pharmacist to make a call, but people now are generally very accepting.”

The exchange rate has reduced the opportunities for parallel imports, but again they present less of an educational job for pharmacy teams than in the past. “There has been a massive improvement in the look and style of these products, and with efficiencies in packaging most of them have been repackaged.”

Teva has completed its acquisition of Allergan’s generics business (Actavis Generics). In the UK, 33 roles are moving from Actavis to Teva, as well as several generic lines, medicines to treat cystic fibrosis and some OTC products, including Sudocrem and Infacol. Teva now employs over 1,300 people in the UK across multiple locations.

A requirement of European Commission approval was that Teva divest a standalone business operation based around Actavis’s assets, which included a portfolio of generic molecules, Actavis’s Barnstaple manufacturing plant, and the management and people to run this business unit in the UK and Ireland. This has now been sold to Intas Pharmaceuticals via its subsidiary Accord Healthcare for £603m.

Intas describes its acquisition as “a compelling strategic fit which provides Accord with increased access to UK and Irish retail and hospital markets” and expands its UK manufacturing presence. The Barnstaple plants will become the company’s fourth UK site.

“This transaction represents a unique opportunity for Intas to build scale in the UK and Ireland – adding to our market leading hospital franchise – and creates a strong platform for further European expansion,” says Binish Chudgar, vice-chairman and managing director of Intas.

“Through our subsidiary, Accord Healthcare, we have been operating successfully in Europe for more than a decade and this acquisition will make Accord a leading generics player in the UK market. We have a clear plan for the continuation and development of the Barnstaple site and the Actavis team, and we look forward to welcoming them to the Intas group.” Intas is the largest privately-held pharmaceutical company in India with an annual turnover in excess of $1bn. 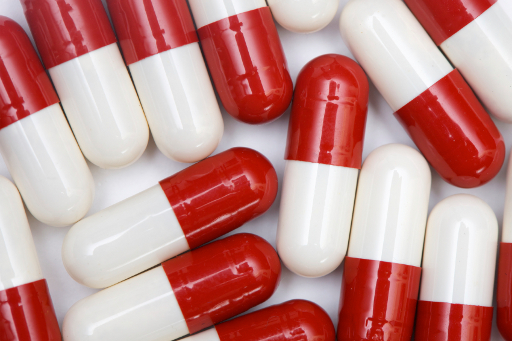