Allergy management in a nutshell

Identifying, preventing and managing allergic reactions is an essential role for pharmacy teams throughout the year – not just during the peak summer season. Allergic rhinitis currently affects around 20 per cent of people in the UK, but the incidence is increasing. This inflammatory disorder occurs when the membranes lining the nose become sensitised to allergens. On initial exposure, an allergen causes the release of immunoglobulin E (IgE) specific to that allergen, which then binds to mast cells in the nose.

Subsequent exposure to the same allergen sees it bind to the IgE on the mast cells causing the release of histamine and other inflammatory mediators. This chain of events causes the familiar symptoms: sneezing, itching, nasal discharge and congestion. There may also be bilateral eye symptoms, such as redness and swelling.

In seasonal allergic rhinitis (hayfever), the allergens are grass, tree and weed pollens, with the season starting in February and finishing in September (see the March issue of PM for more information on hayfever).

...but a perennial problem

For some people rhinitis is much more than a seasonal issue. Sufferers of perennial allergic rhinitis (also known as persistent rhinitis) experience symptoms for an hour or more on most days of the year. The commonest cause is house dust mites, but it can also be caused by allergy to pets or other animals.

While it is not feasible to remove all house dust mites from a home, reducing as many as possible may help improve symptoms, especially in the bedroom – their preferred location. Measures which may help include:

Antihistamines are classified as ‘older’, which tend to be more sedating (e.g. chlorphenamine), or ‘non-sedating’ (e.g. loratadine, cetirizine), which can be taken as required and are more convenient with once daily dosing (older antihistamines need to be taken more frequently).

A variety of corticosteroid nasal sprays is available for the treatment and prophylaxis of allergic rhinitis, which vary in their active ingredient (e.g. beclometasone, fluticasone, budesonide or mometasone). While they all have similar clinical efficacy, some only require once daily dosing, which may be more convenient.

As well as alleviating nasal symptoms, corticosteroid nasal sprays can also relieve itchy, watery eyes. They are most effective if they are started a couple of weeks before symptoms begin and work best when used regularly. It is important patients know how to use nasal sprays correctly to ensure they get the maximum benefit and to minimise any adverse effects.

Other options for reducing hayfever symptoms include:
Nasal decongestants: these can help to alleviate congestion caused by swollen nasal blood vessels but they should not be used for more than seven days, as they can cause dryness and irritation, and make congestion worse in a rebound reaction.
Nasal barriers: these can be used before exposure to pollen to prevent the allergen from coming into contact with mast cells in the membranes of the nose, thus reducing the allergic response. They are available as gels, powders, sprays or balms.
Eye drops: these help reduce eye symptoms associated with hayfever, including redness, itchiness and watering. They contain antihistamines (e.g. azelastine) or a mast cell stabiliser (e.g. sodium cromoglicate), and are useful for people who only have eye symptoms or who need additional treatments.

In a recent study, out of 2,002 people surveyed, 51 per cent of respondents felt their hayfever symptoms get worse over time, says Lynette Roberts, training manager at Perrigo.

“In many people, mild allergic reactions to pollen, mould, pets and other allergens grow worse from prolonged exposure. Prolonged exposure to allergens causes an increase in the number of mast cells in the affected area, making sufferers more sensitive to allergens. Continual contact or periodic episodes of intense exposure can bring on stronger allergy symptoms over time, whether or not patients manage their condition,” she says.

The peak age for the onset of hayfever is in adolescence, with 38 per cent of teenagers in the UK affected by the allergy. The timing couldn’t be worse as teenagers with hayfever symptoms are 40 per cent more likely to drop a grade between their mock and final exams – a figure that rises to 70 per cent if they are taking a sedating antihistamine, adds Roberts.

An adverse effect of some drugs is photosensitivity. This isn’t an immune-mediated response but the result of an interaction between the drug (or its metabolites that are present in the skin), and ultraviolet radiation from the sun. Photoactivation of the chemical results in an abnormal skin reaction if the individual is exposed to enough sunlight and sufficient quantities of the drug, producing an exaggerated sunburn response.

Phototoxic drugs must have a single or double bond, or halogenated aromatic rings, as these determine the absorption spectrum – typically, a wavelength of above 310nm causes photosensitive reactions.

When light is absorbed by the drug, the electrons become excited and the end result is damage to cell membranes and DNA, which results in an inflammatory reaction with the clinical appearance of sunburn. Onset of photosensitivity can occur a few minutes or hours after exposure, with lesions confined to sun-exposed areas.1

Photoallergy is an immune mediated response most commonly caused by topically administered drugs.1 Photoallergic dermatitis is a hypersensitivity reaction that requires previous exposure to the photoallergen. Onset is 24-72 hours and it generally affects light exposed areas, but may also spread to unexposed areas. Clinical features are similar to phototoxicity.1

The drugs most commonly associated with photosensitivity reactions are NSAIDs, but other drugs include amiodarone, fluoroquinolones, thiazide diuretics, tetracyclines, calcium channel antagonists and sulphonylureas.1

If it is not possible to prescribe an alternative drug, sunscreens with protection against UVA and UVB and a SPF 30-60 should be applied. Direct exposure should be avoided where possible by covering up with clothing fabrics that offer good protection (those with an ultraviolet protection factor greater than 40).

Atopic eczema is a complex condition but usually involves alteration to the skin barrier and an over-reactive inflammatory and allergic response. Environmental factors include contact with soaps, detergents, chemicals, or infection with bacteria or viruses.

Any part of the body can be affected but atopic eczema most commonly occurs in the creases of the joints (elbows and knees), as well as the wrists and neck. There may also be coin-sized areas of inflammation on the limbs. The main symptom is itch, which can be severe enough to disrupt sleep. Skin is normally dry and red, and bleeding may occur as a result of scratching.

Atopic eczema cannot be cured but it can be well managed by avoiding contact with irritants and by regular use of moisturisers. Complete emollient therapy is the mainstay of treatment: i.e. regular application of moisturiser (at least two to three times a day) and using a moisturiser as a soap substitute as well as moisturising bath additives or shower products.

In addition, a number of lifestyle changes can also help keep the condition under control, such as avoiding irritants, while flare-ups can be managed with topical steroids.

In both cases, itching is the commonest symptom and the skin may become sore, dry, red, flaky or blistered, with the hands most frequently affected, followed by the arms, neck and face. Avoidance of irritants or allergens (once identified) will prevent the condition. Treatment is with moisturisers and topical steroids.2

Urticaria is common, affecting around 20 per cent of people at some point in their lives. It is characterised by itch and the appearance of weals (swellings). Individual weals clear within 24 hours, although the overall rash may last longer.

The weals may be pink or red in colour, be of different shapes and sizes, and appear on any part of the body, although angioedema occurs most frequently on the eyelids, in the mouth and on the lips. (Angioedema is a form of urticaria in which itching is not usually a main symptom but swellings are deeper and may last for longer than 24 hours.)

Neither condition normally poses a direct risk to health, but if the swelling affects the tongue or throat it can cause difficulty breathing or swallowing, although it is rarely life-threatening. Both are a result of the release of histamine from mast cells, but in the commonest form, idiopathic urticaria, a cause is not identified.

Urticaria can be classified as acute (lasting for a few days up to six weeks) or chronic (lasting over six weeks). The acute form can be triggered by medicines such as aspirin, ibuprofen, antibiotics and vaccinations, while angioedema is an adverse effect of ACE inhibitors.

The rash of chronic urticaria usually lasts for six to 12 months, then disappears slowly. The reaction from urticaria can be suppressed using antihistamines or oral steroids. It may also be possible to avoid urticaria if triggers can be identified.3

It is estimated that 1-2 per cent of adults and 5-8 per cent of children in the UK have a food allergy (around 2 million people). This does not include those with food intolerances.

The only way to manage a food allergy is to avoid the foods causing it – but this isn’t as easy as it may seem, which could explain why more people are admitted to hospital for food hypersensitivity (including allergy) than food-borne disease. So what is the difference between a food allergy and food intolerance?

Food intolerance involves difficulty in digesting some foods, or an unpleasant physical reaction to them. There is no allergic response, just a more gradual development of symptoms.

Food allergy is an immune response, which can trigger allergy symptoms such as wheezing and itching, and has a rapid onset.

Nut allergy (peanut and tree nut) is the commonest cause of severe and fatal allergic reactions, affecting at least one in 50 children in this country. While the majority of children will outgrow the allergy, there are still around one in 200 adults who are affected.4

People with nut allergy experience a considerable negative impact on their quality of life due to the constant fear of severe allergic reactions when they are eating and the need for vigilance.

As avoidance is the mainstay of management, the British Society for Allergy and Clinical Immunology (BSACI) has developed new guidelines for managing nut allergies to help health professionals ensure these patients receive the care, information and advice they need to avoid serious problems.

The medical management recommendations include:4 Schools have a legal duty to make arrangements to support pupils with medical conditions, including nut allergy. The BSACI4 recommends:

Guidance on the use of adrenaline auto-injectors in schools is available from the DHSC.

Allergy can be frightening for sufferers and have a huge impact on quality of life, so being able to provide symptomatic relief, both POM and OTC, as well as reassurance and support where appropriate can help reduce the growing allergy burden in the UK. More importantly, for community pharmacists, knowing how to administer adrenaline autoinjectors would not only help to educate patients, but could save a life as well. 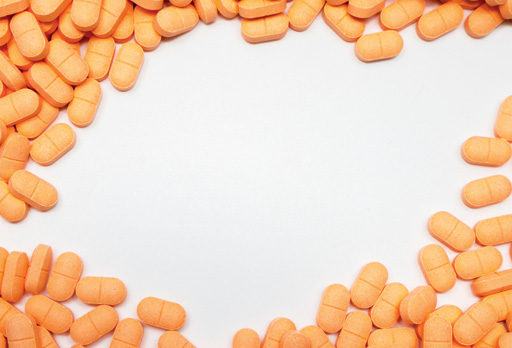