When Sheffield pharmacy contractor Garry Myers became an executive partner in Jaunty Springs medical practice over 10 years ago, he might not have predicted it would result in a collaborative care model hailed as the first of its kind. When Garry Myers first got involved at Jaunty Springs, his main goal was to help save the practice from closure.

A GP practice on a post-war housing estate with around 3,600 patients – many of whom are ageing and living with long-term conditions – Jaunty Springs was being “overwhelmed by the needs of the local population”, and needed a business partner to avoid going under, Garry says.

Initially, the involvement of Basegreen Pharmacy, which Garry owns, was mainly limited to managerial areas like the practice’s finances – “we didn’t have anything to do with clinical systems at all”. However, “I’ve always known community pharmacy could provide clinical services in general practice”, and sure enough, the working relationship evolved gradually.

Acquiring full read/write access to the surgery’s SystmOne account from the pharmacy consultation room proved to be the “real game changer” for the pharmacy. “It completely changes the landscape,” says Garry.

“Once you’ve got clinical systems access, you can make decisions safely, you can write on the patient’s record, you can prescribe – you can do everything the practice does within the pharmacy.” And when Basegreen Pharmacy began providing an INR clinic on behalf of the surgery, it confirmed that “we could do a lot more than just manage – we could actually provide clinical care”.

This growing integration has led to a formalised partnership whereby patients who present at the surgery are proactively directed to the pharmacy where appropriate. Medication reviews are a particularly common pharmacist intervention. Garry says the partnership model “takes MURs to the next stage”.

The benefits have been numerous. The model has significantly freed up GPs’ time and slashed waiting times for patients to be seen by a primary care professional, as well as allowing Basegreen’s pharmacists to utilise a wider range of skills.

And with his executive partner hat on, Garry thinks the arrangement makes business sense, too. “If the work can be done in a community pharmacy setting, the practice doesn’t necessarily need to employ its own pharmacist. You can deliver outstanding services while saving the requisite number of GP hours.”

The partnership eventually led to Basegreen and Jaunty Springs taking part in a research scheme that used their working patterns as a model. A number of Sheffield community pharmacies took part, with funding coming from the Prime Minister’s Challenge Fund (PMCF).

Between October 2015 and July 2016, weekly four-hour snapshots of pharmacist activity in the participating pharmacies generated reams of data that crystallised the benefits of community pharmacy providing services for GP practices.

All patient interventions made by community pharmacists as part of the PMCF activity were recorded – over 1,000 interventions by Basegreen Pharmacy were captured in nine months alone – and the results were impressive.

Two-thirds of pharmacist time was spent on face-to-face patient consultations, with the remaining third spent reviewing and updating care plans on SystmOne. The most common type of intervention was giving ad hoc advice to patients or the GP surgery, while the second most frequent was the re-authorisation of medicines.

The vast majority of patients (85 per cent) were dealt with in pharmacy with no need for prescription or onward referral. Five per cent were referred to the GP, and 10 per cent managed in other ways.

The data showed that for a full day of community pharmacy support, 3.95 GP hours were saved – meaning every four minutes a pharmacist spent with patients saved approximately two minutes of GP time. This could potentially free up an additional 25 GP appointments for those patients who need them.

Extrapolating to England as a whole, the data suggests that if every community pharmacy provided eight hours of support to a GP surgery each week, 15.1 million appointments would be saved. Altogether, Garry has calculated that rolling out the model across the 11,500-strong pharmacy network could free up the equivalent of 1,213 full-time GPs. With general practice suffering from a capacity crisis that seems to worsen each year, this could be a lifeline.

The model may also improve patient outcomes like A&E attendance rates, with admissions for Jaunty Springs patients down by 7.5 per cent between 2014-15 and 2016-17 – despite there being an above average number of frail elderly people under the surgery’s care. However, Garry stresses that correlation is not causation, and there are other factors at play here.

The integration between practice and pharmacy has also helped smooth out hospital discharges, with community pharmacists undertaking reviews of patients’ medications and working with other parts of the health system to put care plans together. The pilot data suggests that, as well as making discharge more efficient, there was a reduction in the level of risk when transferring patients between care settings. Again, having read/write access to patient records was vital in this regard.

Furthermore, the trial period saw antibiotic prescribing rates at Jaunty Springs fall 3.6 per cent compared to the previous year – one of the largest drops in the Sheffield area.

And with the £36-perhour funding from the Prime Minister’s Challenge Fund translating to £4.89 cost per intervention versus £14.69 for a GP-led telephone triage, there were also financial savings.

On this last point, Garry claims that the true savings from the integrated care model are “many times the investment made” but the study’s limitations make it hard “to show the full impact of community pharmacy support on system costs”.

The support that Basegreen Pharmacy provided to the GP practice has some crossover with the ‘clinical pharmacist’ role being put front and centre of the emerging primary care networks. Garry sees the value of clinical pharmacists – he has a “seat at the table” at a PCN himself – but says this (largely) surgery-based workforce won’t solve all the NHS’s problems, and that community pharmacy should be engaged more.

While the Jaunty Springs/ Basegreen model “isn’t designed to replace the need for clinical pharmacists working across primary care networks, it does enable better collaborative working between practices and community pharmacies”.

There is “no doubt that NHS England is expecting some community pharmacies to provide support in PCNs,” he adds, and giving those pharmacies full read/write access “provides a more seamless approach to that type of care”.

“We are already engaged in those discussions with other practices about how we might develop what we are doing further,” he says, adding that he has urged policymakers not to ignore the community pharmacy network, which after all “sees more people every day than any other part of the NHS”.

An integrated working model “gives more access points to patients for advanced clinical pharmacy skills where those are available”, and greater alignment of GP and pharmacy contracts would be a “logical step forward” to achieving this.

NHS England has expressed an interest in the model “from the perspective of being able to promote it as an option”, Garry says. It points to one way in which community pharmacy can play a role in primary care networks. Labour MP Julie Cooper, a frequent advocate for community pharmacy, saw the pilot in action and has urged England’s health bodies to consider its potential.

Garry’s data-driven approach to care is being taken further. “Our model has been used as the basis of a hypertension management service in Sheffield that has been commissioned by the CCG.”

The service, being run from around 10 pharmacies “applies our modus operandi” – i.e. full clinical systems access for community pharmacies – to a single disease state.

Capturing data from these clinical interventions will be important, Garry says. “As far as I can see, the future of community pharmacy is more about the delivery of clinical services than it is about supply.”

At a time when the future of community pharmacy is unclear, do working models like this point a way forward for the profession?

“What this does is open the door to community pharmacies through local engagement to provide more advanced services in a clinical setting. It is part of the solution to the GP capacity crisis – not the only solution; clinical pharmacists will be a big help – but in my view the problems within primary care need multiple solutions and this is one of them.”

So did Garry find when patients were having more clinical interactions with pharmacists that it shifted their perceptions? “It has actually changed patients’ mindset… it resets their expectations of you,” he says.

Convenience was a big factor in this attitude shift. “If you are a community pharmacist and the patient walks through your door, it is a bit pointless saying I can’t see you until you go to the practice next week.”

Garry speaks of a “deep cultural and philosophical partnership when it comes to the use of medicines”. This didn’t begin with the pilot or stop when it finished. “The GPs routinely call upon the advice and expertise of the community pharmacy team to help them make prescribing not only cheaper but also better and safer.”

“I suppose the best advice I can give community pharmacists who want to pursue this model is talk with their practices and to PCNs,” says Garry.

Prescribing training should be considered “as a minimum”, he says. “Then, once you are prescribing, there is no reason you can’t approach a practice and make the case”.

Putting the model into practice is fairly straightforward – “the two key things you need are a laptop and the clinical skills to be able to make treatment-based decisions”. Beyond that, the only ingredient is the confidence to forge new relationships and develop practices.

“It is a shift in mindset that’s needed as much as anything else,” he says 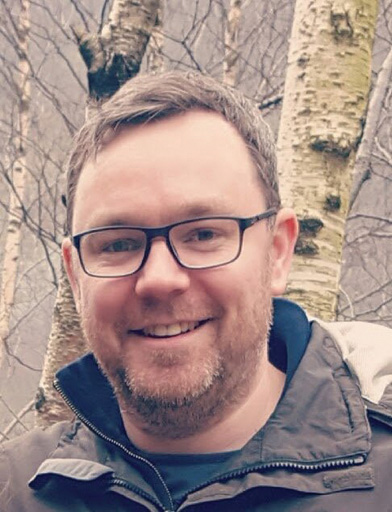