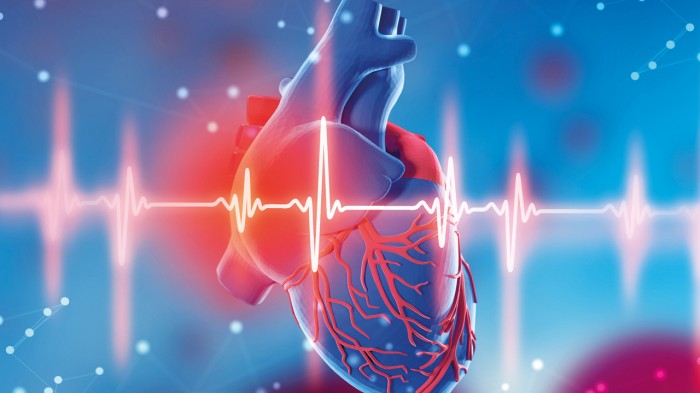 New hope for the most common form of heart failure

Despite advances in diagnosis and pharmacotherapy, heart failure remains, all too often, a death sentence.

Despite advances in diagnosis, rehabilitation and pharmacotherapy, heart failure remains, all too often, a death sentence. Until recently, few drugs produced a marked clinical benefit in the most common type of heart failure in older people. Now sodium glucose cotransporter 2 inhibitors seem set to meet this important clinical need.

“We are starting to recognise that SGLT2is should be seen as cardiovascular drugs as opposed to glucose-lowering agents,” says Sotiris Antoniou, consultant pharmacist, cardiovascular, at the Royal Pharmaceutical Society. “These cardiovascular benefits have been recognised in the recent NICE guideline whereby any person with type 2 diabetes at high risk of cardiovascular disease should be considered for a SGLT2i.”

Sotiris Antoniou notes that according to the Quality and Outcomes Framework for 2020/21, about 1 per cent of adults in England have diagnosed heart failure.

HFpEF accounts for more than 70 per cent of heart failure cases in people older than 65 years and is associated with numerous comorbidities including obesity, hypertension, kidney disease, diabetes and metabolic syndrome.3 For instance, 80-90 per cent of people with HFpEF have a history of hypertension, while 60-75 per cent have a BMI over 30kg/m2.3 The combination of increasing longevity and these common comorbidities means that epidemiologists expect HFpEF to become more widespread,3 which will increase pressure on the NHS.

“Heart failure is a long-term condition.We know that if someone is admitted for heart failure they are, unfortunately, likely to be admitted again. So, while reducing mortality is the ultimate goal, preventing hospitalisation is important from a patient’s and the NHS’s perspective,” says Antoniou.

“The EMPEROR-Preserved study shows that empagliflozin treats heart failure regardless of left ventricular ejection fraction. This is really important as the prevalence of HFpEF is increasing and no other study treatment evaluated has shown a statistically significant benefit in reducing the composite primary outcome.”

AstraZeneca reported in May that, “high-level results from the DELIVER phase III trial” suggested that dapagliflozin produced “a statistically significant and clinically meaningful reduction in the primary composite endpoint of cardiovascular death or worsening heart failure”. DELIVER enrolled heart failure patients with mildly reduced or preserved ejection fraction (greater than 40 per cent).7 At the time of writing, the full results had not been published.

How SGLT2is protect against heart failure

The kidneys of a healthy adult filter about 180g of glucose a day. Just after the proximal tubule leaves the Bowman’s capsule, SGLT2 resorbs most of the filtered glucose.

Later along the proximal tubule, SGLT1 “mops up” most of the remainder.5 So blocking SGLT2 increases the amount of glucose excreted in urine. In turn, SGLT2is reduce HbA1C by, on average, between 0.6 and 1.0 per cent.6

SGLT2is reduce blood pressure by, on average, 4mmHg systolic and 2mmHg diastolic.6 The increased glucose excretion means that patients lose about 200-250kcal a day in their urine so, on average, people using SGLT2is typically lose about 2kg compared to placebo.6

The MHRA recently extended empagliflozin’s licence to encompass adults with symptomatic chronic HFpEF, based largely on the EMPEROR-Preserved study. The agency had already approved empagliflozin for HFrEF.

During this study, 5,988 patients with class II–IV heart failure and an ejection fraction of >40 per cent received empagliflozin (10mg once daily) or placebo as well as their usual therapy. During a median follow-up of 26.2 months, patients who received empagliflozin were 21 per cent less likely to die from cardiovascular causes or be hospitalised for heart failure than those taking placebo (13.8 and 17.1 per cent respectively).

Total heart failure hospitalisations were 27 per cent lower with empagliflozin than placebo (407 and 541 respectively). Empagliflozin’s benefits appeared to be similar irrespective of whether or not the person had diabetes.8

Empagliflozin was well tolerated. About a fifth of patients in the empagliflozin (19.1 per cent) and placebo group (18.4 per cent) discontinued because of adverse events. Uncomplicated genital and urinary tract infections were more common in patients treated with empagliflozin than with placebo.8

Urinary tract infections, usually caused by Candida, were reported by about 10 per cent of women and 5 per cent of men taking SGLT2is.6 Antoniou suggests explaining to patients that SGLT2is work by passing excess glucose through the kidneys (see panel). “Glucose is a great medium for growing infections,” he notes.

“Pharmacists should stress the importance of good genital hygiene to help prevent opportunistic infections, such as thrush. In addition, with more glucose being excreted in urine, there is a greater chance of becoming dehydrated, so pharmacists should counsel patients about signs of dehydration, such as feeling thirsty and dry mouth. Of course, people with diabetes should follow the sick day rules.”9

Diabetic ketoacidosis (DKA) is a rare but, obviously, potentially serious side-effect with SGLT2is in people with diabetes. The NICE type 2 diabetes guidance emphasises the importance of checking whether the person is at increased DKA risk (e.g. previous episode of DKA, is feeling unwell with an intercurrent illness or the person is following a very low carbohydrate or ketogenic diet) before starting a SGLT2i.4

Antoniou stresses, however, that healthcare professionals should keep the DKA risk in perspective. “The incidence of DKA with SGLT2is is less than the incidence of angioedema with angiotensin converting enzyme inhibitors.

“The rare cases of DKA should not prevent use of these life-changing agents,” Antoniou says. “Pharmacists can counsel people with diabetes about reducing the risk of DKA.” NICE suggests, for example, reminding people taking SGLT2is not to start very low carbohydrate or ketogenic diets without speaking to a healthcare professional.4

Antoniou stresses that SGLT2is should be considered cardio-renal-metabolic drugs that also improve glucose control rather than the other way round. “This needs to be communicated effectively across all healthcare professionals who interact and manage patients for CVD as there have been reports of clinicians suggesting to patients that they don’t need to be on a SGLT2i if they are not diabetic,” he says.

Antoniou hopes that updated guidance, such as the recently published NICE type 2 diabetes guidelines, that promote the role of SGLT2is in line with the evidence base will increase awareness of the benefits.

“With the recent top-line report that dapagliflozin met its primary endpoint in DELIVER7, we now have a class of agent that met its primary endpoint in a clinical study of HFpEF,” Antoniou concludes. “SGLT2is are the first and only agents to show clinical benefit in this group of heart failure patients and are a real step forward in helping manage patients with HFpEF.”