A consultation on medicines reimbursement could see further tightening of price controls in the specials market, but with the election just passed and another Brexit deadline looming in January the timetable is uncertain... 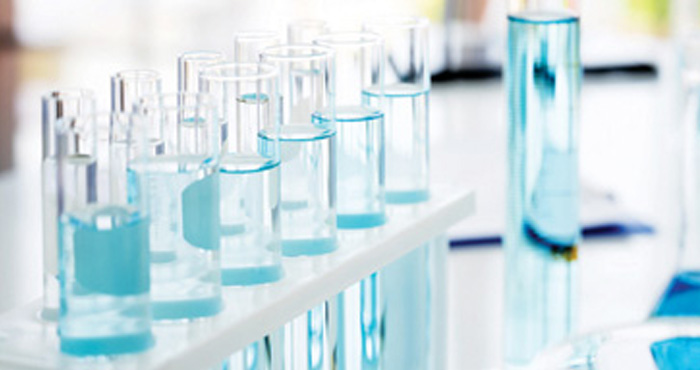 Tariff changes are made every three months based on volume and pricing data submitted to the MHRA by organisations involved in specials supply and manufacture, including Association of Pharmaceutical Specials Manufacturers (APSM) member companies (see box).

The Scottish tariff, introduced in 2013, covers a smaller number of products and uses a different mechanism for setting prices, although commercial and NHS prices are also taken into account. Overall, the price of the majority of products on the specials tariff in Scotland is similar to the England tariff with some fluctuations, as the sizes and volumes are not always comparable.

“We work as an association very closely with health departments to balance value for money with the holistic service that specials manufacturers provide,” says APSM chairman, Brian Fisher. “There is definitely a collaborative approach.”

However, he agrees that the introduction of specials into the national tariffs has led to stricter control of pricing and reduced the value of the sector to manufacturers. Companies that license previously unlicensed products also “reduce the size of the pie”. If a product becomes licensed, then it moves out of the specials area. This has happened to a number of products recently, most notably melatonin.

These factors have depressed the balance sheets of specials manufacturers, so how are they coping? “I have seen members diversify and explore other angles, such as the emerging cannabis market, special obtains (importing obscure and hard-to-find products) and moving to be specials service providers,” says Fisher.

Most specials prescribing starts in the hospital sector, although there is no hospital data in the public domain. Specials in hospitals often take the form of unlicensed imports. APSM companies do supply the hospital sector but when it comes to bespoke products, the sector has its own facilities.

While supply issues have dogged generic suppliers and Brexit overshadows the whole market, specials manufacturers have been relatively unaffected. Supply chain issues have not been a problem. Specials manufacturers are not immune but when you consider that out of the 7,000-plus items a typical pharmacy dispenses each month, only three or four are likely to be specials. It is not difficult to build up a stockholding that allows you to supply three to four months of product, says Fisher.

Specials manufacture in the UK

The 12 members of the Association of Pharmaceutical Specials Manufacturers (apsm-uk.com) produce the majority of specials in the primary care sector. The unlicensed medicines are either ‘made to order’ or through small-scale batch manufacture to meet the individual needs of patients whose treatment needs cannot be met with conventional drug formulations.

Although specials account for around 0.5 per cent of prescriptions, this volume can be made up of more than 75,000 different formulations. Specials do not go through the rigorous approval process with the MHRA as licensed medicines, so they have no summary of product characteristics outlining the dose, contraindications and side-effects. Prescribers must be satisfied that there is no licensed alternative available before prescribing a special.

Specials manufacturers are regulated and inspected by the MHRA and must hold a MS Specials licence. They must also comply with the principles and guidelines of Good Manufacturing Practice (GMP) adopted by the EU Commission to ensure products are consistently produced to the highest standards to assure their quality, and the safety and well-being of patients.

What is causing the specials sector more concern is the DHSC consultation on community pharmacy drug reimbursement reform in England that closed mid-September. Tucked away in the consultation was a proposal to “change the arrangements for reimbursing and procuring unlicensed medicines (specials)”.

The problem, according to the DHSC, is that any special not listed in Part VIIIB of the Drug Tariff is reimbursed at the invoice price. Part VIIIB is currently restricted to manufactured non-solid dosage forms – liquids, creams and lotions – yet 40 per cent (about £26m) of the expenditure on specials is on tablets and capsules, the majority of which are imported.

For non-Part VIIIB specials there is no incentive for pharmacy contractors to source at the cheapest price possible because they are reimbursed the invoice price, says the department. “As a consequence, the prices paid for those specials vary enormously and, in some instances, pharmacy contractors appear to have been charged excessive prices that do not reflect the cost of manufacturing/importing the special.”

The DHSC has consulted on two proposals to address this issue:

The DHSC is still analysing the feedback it has received and Brian Fisher was not prepared to discuss the APSM response in detail. The timetable for implementation of the preferred option is unclear: the general election put things on hold and the next Brexit deadline on January 31, 2020, could push things back yet further.

Proposal one – incorporating lines into the Drug Tariff – is an existing process and could be put in place relatively quickly. However, Brian Fisher did point out that any imports are subject to currency fluctuations, and the timing of the introduction of this option, given the Brexit situation along with the time it takes the tariff to respond to market price changes, is making people nervous.

Proposal two will take longer to implement, whichever option is chosen. A central approvals service, something akin to the system in Scotland, may be a preferred option but would take time to set up.

“We must not lose sight of the fact that, while these are the right things to do, specials provide a vital service for patients at the margins of the NHS,” says Fisher, “but I am pleased with the way the DHSC is bringing specials into line with the way the rest of tariff pricing is managed.”

Cost to the NHS

The cost to NHS primary care in England for specials in 2018-19 was £62.2m, with specials accounting for fewer than 0.5 per cent of prescription items. Overall spend has declined by more than 50 per cent since the list of Drug Tariff (England and Wales) specials appeared in 2011, although the number of prescriptions has risen.

One of the most frequently prescribed specials, melatonin, is now available as a licensed oral solution. Six different melatonin formulations featured in the ‘top 20 items’ dispensed in England in the three months to June 2019.

In Scotland, between August and September 2019, all formulations of unlicensed melatonin were removed from Part 7U of the Scottish Tariff (Part 7U is a limited list of reimbursable unlicensed products). The procedures for the reimbursement of NHS prescriptions for specialist preparations and imported unlicensed medicines not listed in Part 7S are covered in the 2015 circular PCA(P)(2015)17. Pre-authorisation must obtained from the NHS board before payment will be made for specials not listed in Part 7S, items not available from a NHS manufacturing unit, and imported unlicensed medicines.

There are specific record keeping requirements for specials. Any person selling or supplying a special must keep the following records for at least five years: