Ear problems are common, can cause considerable distress and may even offer the first indication that a person has a serious disease 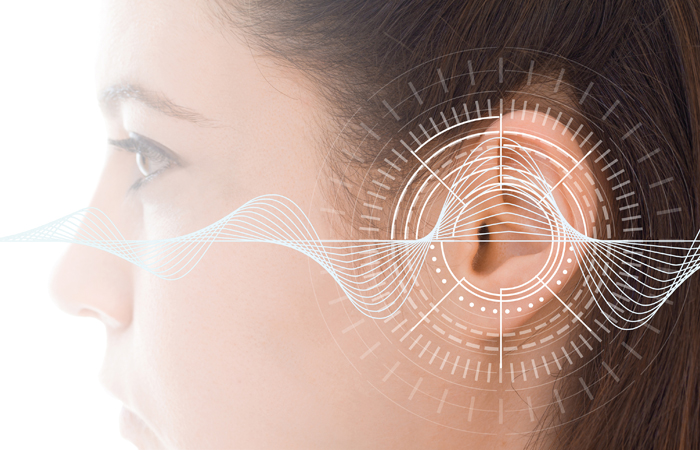 After reading this feature you should be able:

•  To recognise the effect ear problems can have on a patient's quality of life
•  To explain the thinking that ears may offer a window on wider health
•  To help detect and manage ear problems.

Our ears don’t just help us hear — they can also offer a window on our wider health, including potentially identifying people at risk of heart disease, cancer, dementia and cognitive decline, as well as some other diseases.1-3

Since 1973 some 40 studies have linked diagonal creases on the earlobe with an increased risk of heart disease. In a recent study from China, a diagonal crease on both lobes was associated with a 5.4-fold increased risk that angiography would detect clinically significant coronary artery disease among men and a 7.1-fold increase in women. The relationship needs further investigation but it is not as unexpected as it may seem. The crease may reflect biological ageing, such as changes in collagen that affect the vascular system as well as the earlobes.1

Even more remarkably, analysing cerumen could help diagnose serious diseases. Researchers found 158 volatile organic metabolites (VOMs) in cerumen samples from 52 people with cancer and 50 healthy controls. Twenty-seven VOMs discriminated between cancer patients and controls. Some ketones, for example, which are the by-products of several metabolic pathways and are found in air pollution, diet and tobacco smoke, seem to promote the growth of cancer cells. One ketone, 2-Butanone, was found in 96.2 per cent of cancer patients compared with 58.0 per cent of controls.

Cerumen analysis could also help diagnosis of other conditions. Previous studies found 2-Butanone in the faeces of adults with Crohn’s disease, in the saliva of children with coeliac disease and in the urine of breast cancer patients. Another cerumen ketone linked to cancer, 2-Pentanone, is also present at high levels in the faeces of people with inflammatory bowel diseases.2

Ear problems: when to refer

The following patients should be advised to see their GP. Those with:6

•  Very high temperatures or who feel hot and shivery
•  Earache that does not start to improve after three days
•  Swelling around the ear, fluid coming from the ear, or both
•  Hearing loss or a change in hearing
•  Other symptoms (e.g. vomiting, severe sore throat, dizziness)
•  Regular ear infections
•  A chronic condition (e.g. diabetes, heart, lung, kidney or neurological disease) or who have a weakened immune system
(e.g. from chemotherapy)

Meanwhile, a new study reports that losing hearing and eyesight seems to increase the risk of dementia and hastens cognitive decline.3 “Depending on the degree of hearing or vision loss, losing function in your senses can be distressing and have an impact on your daily life,” says study author Dr JinHyeong Jhoo. “Our study results suggest losing both may be of particular concern.”

The study enrolled 6,520 people aged between 58 and 101 years. People rated their hearing as “normal”, “reduced, but able to communicate without a hearing aid”, “difficult communicating with a hearing aid” or “no hearing at all”. People rated their sight as “normal”, “reduced, but able to view newspaper or TV without wearing glasses”, “unable to view newspaper or TV with glasses” or “no sight at all”. The researchers diagnosed dementia and Alzheimer’s disease using clinical criteria rather than brain scans and other more objective tests.

After adjusting for confounders, including sex, education and income, people with DSI were more than twice as likely (odds ratio [OR] 2.17) to have dementia than those with no sensory impairment. The 27 per cent increase among those with a single sensory impairment was not statistically significant.3

During the six-year follow-up, 245 people developed dementia. The risk of developing dementia roughly doubled in people with DSI (hazard ratio [HR] 1.9). Scores on tests assessing neuropsychological function (such as cognition and memory) declined more rapidly during follow-up in those with DSI than those with no or a single sensory impairment. The 27 and 15 per cent increase in dementia risk among those with visual and hearing impairment only were not statistically significant.3

Further analysis suggested that the cognitive decline resulting from sensory impairment probably arises from changes to the brain other than those related to Alzheimer’s disease. Sensory deprivation, neurodegeneration, social isolation, physical inactivity, depression and anxiety could, for example, contribute to the cognitive decline and help explain why DSI significantly affected dementia risk, but visual or hearing impairment alone did not.3

“Older people with only a visual or hearing impairment can usually still maintain social contact, so they may not feel as isolated or depressed as people who have both impairments,” Dr Jhoo says. “However, when someone has both impairments, that may increase the risk of isolation and depression, which previous research has found may affect dementia risk and thinking skills later on [in life].”

The following can be suggested to help avoid inner ear infections6:

•  Do not stick cotton wool buds or fingers in the ears
•  Use ear plugs or a swimming hat that covers the ears when swimming
•  Avoid water or shampoo getting into the ears
•  Treat ear conditions such as eczema or an allergy to hearing aids.

It should also be remembered that other conditions, including temporomandibular joint syndrome and dental infections, can cause secondary otalgia (pain that arises external to the ear), which may also be the presenting symptom of some serious conditions, such as temporal arteritis and certain cancers.

Acute otitis media (AOM) typically presents with symptoms such as fever, otalgia, otorrhoea and irritability in children between six and 18 months of age. Between 29 and 61 per cent of upper respiratory tract infections may develop into AOM, which can arise from a variety of pathogens including bacteria (e.g. Streptococcus pneumoniae, Haemophilus influenzae and Moraxella catarrhalis), viruses (e.g. respiratory syncytial virus, coronavirus, rhinovirus, adenovirus, enterovirus, influenza and parainfluenza), or a combination of viral and bacterial pathogens.5

Pharmacists can reassure patients, parents and carers that ear infections usually resolve within three days although, sometimes, symptoms can last for up to a week. In the meantime, the NHS suggests using simple analgesics, such as paracetamol or ibuprofen, placing a warm or cold flannel on the ear, and removing discharge by wiping the ear with cotton wool.6

Acidic ear drops can be recommended to people with otitis externa to help stop bacteria or fungus spreading. The NHS notes, however, that there is no evidence that decongestants or antihistamines help with ear infections.6 The infections typically clear up without drugs and antibiotics make little difference to pain and other symptoms. GPs may, however, suggest antibiotics in certain circumstances, such as:6

Depending on the cause and severity, GPs can prescribe topical or systemic antibiotics or steroid or antifungal ear drops.

To reduce the risk of ear infections, patients should be advised to not let water or shampoo get in their ears and not to use a finger or a cotton bud to remove cerumen, which is a mix of dead skin cells, sebum and other secretions.6,7

As cerumen moves along the canal, ear wax cleans, protects and lubricates the skin. Usually, cerumen falls out of the ear but it can block the ear canal, causing, for example, hearing loss, tinnitus, itching and discharge.7

Patients could place a couple of drops of warm – not hot or boiling – olive oil into their ears a couple of times a day, to soften and loosen impacted cerumen. Some patients may prefer OTC ear drops but if either of these methods does not dislodge the cerumen, they should see their GP rather than probe with a cotton bud.

Researchers looked at 263,338 children with ear problems related to cotton buds who presented to emergency departments in the US. A foreign body such as bits of the bud (29.7 per cent), perforated ear drum (25.3 per cent) and tissue damage (23.1 per cent) were the most common injuries associated with cotton buds. Lacerations accounted for one in 20 injuries (5.0 per cent).

Listen out for ototoxicity

More than 600 categories of drug can cause ototoxicity by damaging the auditory nerve, cochlea and/or vestibular system. Symptoms range from temporary tinnitus to permanent deafness as well as balance problems and vertigo, which can be marked. The most common ototoxic drugs include aminoglycoside and macrolide antibiotics, platinum-based cancer chemotherapy, loop diuretics and antimalarials.10

People with foreign objects in their ear need to be referred as soon as possible for their removal. In particular, patients who insert (or swallow)a button battery – such as those used in watches and hearing aids – into ears or nostrils must go to A&E immediately.

NHS England has warned that misuse of button batteries in this way “can cause serious harm and death”. Symptoms of tissue damage, such as bleeding and breathing issues, can emerge up to 28 days after ingesting or inserting the battery. Even apparently flat batteries can cause injury.9