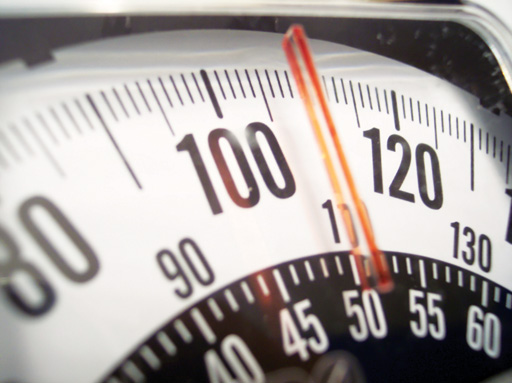 Until recently, bariatric surgery was the only proven way to reverse the seemingly inexorable decline experienced by people with type 2 diabetes. The Counterpoint and DiRECT studies have changed this pessimistic view.1,2

After 24 months, 36 per cent of those who followed a weight loss programme remained in remission, down from 46 per cent after 12 months.3 “Community pharmacists could be proactive in making people with type 2 diabetes aware that remission is possible through weight loss,” Douglas Twenefour, deputy head of care at Diabetes UK told Pharmacy Magazine.

DiRECT confirmed Counterpoint’s promising results. The intervention group replaced all their meals with soups and shakes providing 825-853kcal/day for three to five months. During the next two to eight weeks, they reintroduced ‘normal’ food following a structured programme.

Patients made monthly visits to maintain their weight loss and discontinued oral antidiabetic drugs and antihypertensives, which were reintroduced according to national guidelines.2

DiRECT enrolled 306 people with type 2 diabetes and BMIs of 27-45kg/m2 from 49 general practices. Of these, 21 per cent withdrew prematurely, usually for reasons unconnected with the study.

At 12 months, the intervention group was almost 20 times more likely to be in remission compared with controls (46 and 4 per cent respectively; odds ratio [OR] 19.7). Across both groups, no one who gained weight and 7 per cent of those who maintained a loss of 0-5kg entered remission. This proportion in remission rose to 34 per cent with 5-10kg loss, 57 per cent with 10-15kg loss and 86 per cent of people who lost at least 15kg. Quality of life improved significantly in the intervention group.2

“For many people, especially those who are newly diagnosed, losing a significant amount of weight can help them achieve remission of type 2 diabetes – meaning maintaining a HbA1c below the threshold for diagnosing diabetes and coming off their glucose-lowering medications,” Twenefour says.

“Although people in remission should continue with regular diabetes monitoring, including retinal screening, achieving remission can have a huge impact on their quality of life.

“Even if remission is not achieved, losing weight can have other positive effects, such as reducing medications, feeling more energetic and potentially reducing the risk of diabetes-related complications.”

What are the costs per patient?

Delivering the DiRECT programme costs an estimated £1,223 a patient. The low-calorie soups and shakes account for most of this (£708). The costs of antidiabetic drugs and antihypertensives fell from means of £168 a patient in the first year among controls to £34 in the intervention group.

The authors note, however, that the reduced healthcare demand might persist, so further follow-up of DiRECT will allow economists to model long-term health gains, the impact on resources and changes in quality of life.

The analysis also excludes the economic impact of other health gains associated with weight loss, which need further analysis. In the meantime, the authors say that “the case already seems strong for diabetes care budgets to offer the support for patients to attempt remission”.4

“It is important to re-emphasise that type 2 diabetes remains a serious condition, but it doesn’t have to be lifelong for everyone,” Douglas Twenefour concludes. “Community pharmacists could signpost people with type 2 diabetes to weight management services and encourage them to get the necessary support to lose weight as soon as possible.

“People with type 2 diabetes should also be encouraged to bring up the discussion about remission with their healthcare team at every opportunity.”

Non-adherence is common among patients with diabetes in primary care, researchers from Leicester told the Diabetes UK Professional Conference recently.

Statins were associated with the highest non-adherence rates (21 per cent). After adjusting for confounders, the albumin-tocreatinine ratio, HbA1c and lipid profiles were significantly worse in non-adherent patients. (Diabetic Medicine 2019; 36 [Suppl 1]:9)

Read our interview with an Antrim pharmacist who has helped set up a successful diabetes management scheme in his local community.