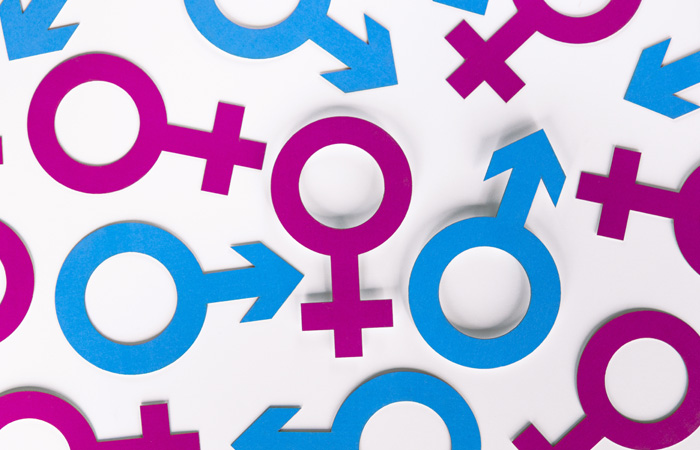 In some parts of the UK pharmacies are taking important steps towards embracing an enhanced role when it comes to improving their community’s sexual and reproductive health – but in England services remain patchy leading to calls for a nationally commissioned scheme.

A free EHC service, which also offers chlamydia testing, has been running in Brighton and Hove since 2010 for young people under 25 years of age. The accessibility of community pharmacies, including in the evenings and at weekends, has contributed to the success of this service. In 2019 alone, there were around 3,000 referrals from local sexual health services.

Another example is the Umbrella pharmacy service, part of University Hospitals Birmingham NHS Foundation Trust, which provides free sexual health services in Birmingham and Solihull under a two-tier approach:

Umbrella shows what pharmacy-led sexual and reproductive healthcare provision can achieve and momentum has continued to accelerate since its inception. Access to EHC is now established throughout the entire network of pharmacies across Birmingham and Solihull, with 132 pharmacies currently providing the service. Provision of injectable long-acting contraception and oral contraception has also expanded with the number of Tier 2 pharmacies, which now stands at 45.

“Overall, Umbrella aims to meet the needs of the young, diverse local population by providing non-judgemental, free and confidential sexual health services. This scheme not only improves convenience for patients by providing care without an appointment, it also reduces the burden on GP practices, health clinics and hospitals,” says Malcolm Harrison, chief executive of the Company Chemists’ Association (CCA).

Carving out a role in sexual health

In the area of emergency contraception, the CCA agrees with widespread calls from within the profession for a standard national specification for use by all commissioners in England.

The current UK-wide picture of pharmacy-delivered emergency contraception is both disparate and patchy, he says. “Scotland and Wales each have their own nationally commissioned service for EHC leading to consistent provision of care. This provides assurance for women about the service they expect to receive from their local pharmacy and reduces the worry which can be attributed to the lack of consistency with EHC commissioning in England.

“Pharmacies at opposite ends of the same street may be delivering different services because they are in different local authority areas. Some local authorities limit provision to women who live in certain postcode areas. This can cause problems at pharmacies located in university towns, railway stations and locations at large public events. This micro-variation can cause confusion for women who urgently require contraceptive services and is enormously inefficient and wasteful for all concerned.”

Beyond EHC, significant scope also exists for pharmacy to assume a greater role in wider contraceptive provision. Malcolm Harrison believes there would be considerable benefits to both patients and the NHS if community pharmacies were commissioned to routinely monitor patients taking oral contraception as part of repeat dispensing, such as checking their weight and blood pressure. Community pharmacies could also provide some additional sexual health services such as chlamydia screening and treatment, he says.

Jay Badenhorst, managing director and superintendent pharmacist at Whitworth Chemists, agrees that the idea of pharmacists carrying out routine oral contraceptive monitoring would be eminently feasible. “Most community pharmacists already have training that will facilitate the provision of oral contraception. If we get read-write access to summary care records or have a way to communicate with GP records directly, this process could easily be streamlined,” he says.

Community pharmacy provision of the combined oral contraceptive and progesterone-only pill has already been trialled in south London during a 2009 pilot. Supply of emergency contraception fell at the pharmacies providing most oral contraception as part of the pilot and 96.9 per cent of users said they were either very satisfied or satisfied with the service.

Jay Badenhorst believes that better national advertising is key to improving pharmacy access to contraception in the community – both EHC and oral. “Covid has proven that locally pharmacies were the most accessible healthcare provider by never closing their doors to patients. Having a national [contraception] service as well as national advertising and promotion would support this initiative and establish pharmacy as the place to go for ‘family planning’ purposes.”

Results from this pilot showed the viability of pharmacy HIV testing

In other areas of sexual health, pharmacy also has an important role to play in raising awareness of testing for and prevention of STIs including HIV. The Healthy Living Pharmacy (HLP) initiative already provides an established framework within which pharmacies can further develop as providers of advice and intervention in areas such as HIV.

HIV disproportionally affects vulnerable groups in society – including gay and bisexual men, black African communities and other ethnic minority groups – and pharmacy is well placed to reach these populations who might otherwise fall through the cracks of conventional health services.

“Testing is a key part of the UK’s success with HIV,” notes Dr Noel Gill, head of STIs and HIV at Public Health England (PHE). “Certain groups of people are at higher HIV risk and are advised to have regular tests, including men and women who have had unprotected sex with new or casual partners from countries where HIV is common, who should test every year, and men who have sex with men.”

A recent community project in Cumbria funded by the National HIV Prevention Innovation Fund allowed people to access a free, rapid fingerprick HIV test from selected pharmacies. Results from this pilot showed the viability of pharmacy HIV testing, with almost half of those tested in pharmacy never having been tested before.

PHE’s recently published report, ‘The pharmacy offer for sexual health, reproductive health and HIV’, aims to further embed pharmacy into sexual and reproductive health workstreams in England and is a key resource for any pharmacist looking to enhance their service provision in this area.

From April this year, achieving HLP Level 1 status became a key requirement for all community pharmacies in England, opening up the opportunity to further extend their reach and role in sexual and reproductive health and HIV prevention.

The full potential of community pharmacies in sexual health is yet to be realised, says Malcolm Harrison, “but with the right funding, regulatory and legislative frameworks in place, pharmacies could be much better integrated into the health system to improve patient care and health outcomes as well as increasing capacity in other health settings such as general practice and emergency care.

“Greater awareness among the public and other health professionals of the role of community pharmacy and the professionals that make up the pharmacy team is key to unleashing this potential.”

More important than ever

With the threat of Covid-19 still lurking in the shadows, Jay Badenhorst believes that the role of pharmacy is more important now than ever. “We have proven during Covid that the sector is resilient and adaptive. This approach and resilience should be utilised by making every contact count and focusing on population health under the public health agenda. National goals can be implemented through commissioning services locally based on population health and need.

“If goals are being missed by community pharmacy, it is not because the sector cannot or will not deliver; it is because of us being overlooked and not included in the solutions. We need to be involved from the start to develop and deliver proactive services based on data and evidence available to us now, in order to meet local and national goals.”

This makes perfect sense. Pharmacies should be key settings for the provision of a wide range of sexual health services as people who do not find it easy to access healthcare elsewhere do have ready access to pharmacists and their teams in their own localities. Pharmacy just needs the tools to do the job.

Sexual health: a focus on prevention

Last year, the Government published its ambitious green paper, ‘Advancing our health: prevention in the 2020s’, which includes among its objectives the development of a new strategy to safeguard the nation’s sexual and reproductive health.

Pharmacies are already providing highly accessible healthcare, particularly in areas of high deprivation, and they have a positive track record in health improvement, says PSNC. “As a trusted core part of the primary care team there is considerable scope to upscale the role of community pharmacies, in particular through the national commissioning of a wider range of services.”