Psoriasis is more than just a skin disease. It increases the risk of developing a wide range of other inflammation-related conditions, while its visible nature often leads to anxiety and depression for sufferers. 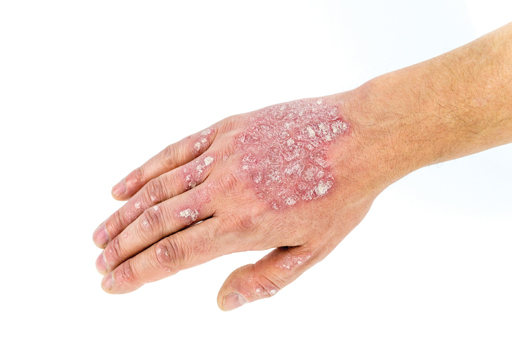 Psoriasis is a complex and potentially multifactorial, immune-mediated inflammatory disease that is thought to affect up to 3 per cent of the UK population. While not life-threatening, it is associated with significant impairment of quality of life and emotional well-being. There are several different presentations of psoriasis but the one affecting around 90 per cent of patients is the chronic plaque form of the disease.

The cutaneous features of psoriasis are characterised by erythematous, hypertrophic, silvery/white plaques that typically present on extensor surfaces of the body such as the elbows, knees and lower back, and commonly affect the scalp. Most individuals with plaque psoriasis have mild to moderate disease, which can be managed with topical therapies in primary care.

Psoriasis is now recognised to be more than just a skin disease. Research suggests that having psoriasis increases the risk of developing a wide range of other inflammation-related conditions including psoriatic arthritis, Crohn’s disease, metabolic syndrome, non-alcoholic fatty liver disease, myocardial infarction and even squamous cell carcinoma. In addition, the visible nature of the condition often leads to psychological problems such as anxiety and depression.

While the precise cause remains to be determined, psoriatic plaques contain activated T cells that produce several pro-inflammatory cytokines including tumour necrosis factor alpha (TNF-alpha) and interleukin 17A (IL-17A). The importance of TNF-alpha in the pathology of psoriasis is borne out by the effectiveness of anti-TNF-alpha biologic drugs (e.g. etanercept). The efficacy of recently introduced monoclonal antibodies such as Brodalumab and Secukinumab, which target IL-17A, suggest that this cytokine also has an equally important causative role.

In the skin, the production and shedding of keratinocytes is highly regulated. Keratinocytes are produced in the basal layer of the epidermis, migrate towards the outer stratum corneum and are ultimately shed. This whole process normally takes around 28 days but in psoriasis is reduced to about five days.

The net effect is that keratinocytes are produced at a much faster rate than they are shed and accumulate on the surface of the skin as the silvery/white scale covering a plaque. There is also an increased blood supply to plaques, such that scratching or picking at the scale leads to bleeding.

Role of vitamin D in psoriasis

The importance of vitamin D in psoriasis was somewhat serendipitously discovered in 1985 when Japanese doctors treating an 81-year-old man for osteoporosis found that his psoriasis had cleared after oral administration of vitamin D3 for two months.

Vitamin D is produced in the skin via a series of complex reactions leading to the formation of vitamin D3, which is then converted into cholecalciferol and taken up into the circulation. Cholecalciferol is further metabolised in the liver and kidneys to produce 1,25-dihydroxyvitamin D3 (calcitriol), which is the active metabolite.

The mode of action of all three is the same and involves inhibition of keratinocyte proliferation and increased cell differentiation leading to a normalisation of keratinocyte development. There are few head-to-head studies comparing the different analogues, although the data that is available suggests they are likely to be very similar.

Adherence to topical regimens is often poor and qualitative studies in those with psoriasis have shown an inconsistent use of topical therapies. Furthermore, patients report that health professionals regularly fail to provide adequate advice on the use of topical therapies, disease prognosis and information on co-morbidities. This perceived lack of sufficient knowledge and expertise in psoriasis among health professionals often leads patients to disengage with health services and sub-optimally manage their condition.

The lack of appropriate advice from health professionals and Government support for a more clinically focused role for pharmacists provided the impetus to develop a research study to explore whether community pharmacists could help people with psoriasis. The study was funded by a psoriasis charity (Psoriasis and Psoriatic Arthritis Alliance) with the aim of trying to determine whether educational advice from pharmacists could not only enhance knowledge, but improve disease-related outcomes.

The study recruited seven community pharmacists who opportunistically recruited patients when they visited their pharmacies with repeat prescriptions for topical psoriasis treatments. Patients prescribed oral therapies were excluded as it was assumed that such individuals would have had access to a specialist and were therefore unlikely to benefit from an educational intervention.

During their initial consultation with patients, pharmacists used the person-centred dermatology self-care index (PEDESI) tool to guide their discussions. Using ten questions, the tool attempts to determine a patient’s level of understanding about their condition and its management. For instance, one question is: ‘Are you aware of how long initial treatment will take to be effective?’.

The patients themselves completed two validated forms: the self-administered psoriasis area severity index (SAPASI), which provides an indication of self-perceived disease severity, and a dermatology life quality index (DLQI), which provides a measure of the impact on their quality of life. The changes in PEDESI, SAPASI and DLQI were all assessed at a follow-up appointment six weeks later.

In total, the pharmacists recruited 47 patients. Of these, 42 returned for a follow-up appointment approximately six weeks later.

What was perhaps most interesting about these results was the fact that, while the educational advice provided by pharmacists improved patients’ understanding about psoriasis and its management, this knowledge transfer also led to significant reductions in disease severity and quality of life impairment.

What did the patients think?

At the end of the study the intention was that all patients would be contacted for a short telephone interview. It was only possible to contact 38 patients who, nevertheless, provided some valuable insights through their perceptions of the study.

In one part of the interview, patients were asked to rate the level of agreement using a 5-point scale (where strongly agree = 5 and strongly disagree = 1) with a number of statements related to their consultation with the pharmacist. The results reveal a high level of satisfaction. Note that the sixth statement uses reverse scoring (i.e. the lower the better).

Finally, when asked, ‘Do you think your psoriasis improved as a result of the pharmacist’s advice?’, 84 per cent of patients said yes, 11 per cent said no and 5 per cent were unsure.

What did the pharmacists think?

All the pharmacists agreed to semi-structured interviews on completion of the study, from which various themes emerged. Most noticeable was a sense of greater patient engagement and that this contribution was greatly appreciated. Many pharmacists commented on patients’ poor understanding of not only their condition, but also how to use topical treatments, echoing the views of patients who felt that their knowledge had improved as a result of the consultation with the pharmacist.

While this was only a small study, if the results are indicative of the wider population of psoriasis patients, there is much to be gained by adopting a similar initiative in other areas. Such a scheme would undoubtedly foster an even better relationship between pharmacists and their psoriasis patients – who would come to realise that pharmacists are able to make a valuable contribution to their care.

Can skin ageing be reversed? 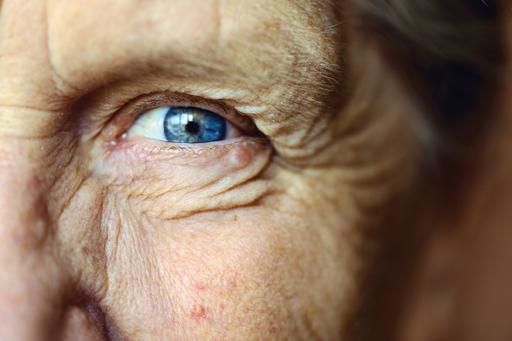 There is compelling evidence for the effects of topical retinoids in the reversal of mottled skin pigmentation and wrinkling in skin ageing – but a number of other measures can also slow or reverse the effects of ageing.

Wrinkles are the result of loss of collagen and consequent loss of skin elasticity. Collagen loss results from increased breakdown and decreased synthesis.

Topical retinoids reduce collagen breakdown and can restore some collagen synthesis. Some experts have even postulated that ‘retinoid deficiency’ is a feature of aged skin. In naturally aged skin, retinol 0.4% effaces fine wrinkles.

Exposure to ultraviolet light (in sunlight) causes a very significant decrease in collagen production but, with sun avoidance and sunscreen use, the skin can repair itself to some extent.

Smoking is associated with higher levels of matrix metalloproteinase, which breaks down skin collagen – the degree of skin wrinkling parallels the level of smoking. Exposure to airborne particulate pollution also leads to premature skin ageing. Dietary lycopene is the most efficient quencher of oxygen free radicals and studies show that dietary lycopene supplements, as tomato paste, can increase the skin’s ability to withstand UV damage.

Senescence describes the process of ageing linked to arrested cell growth and removal of senescent cells can increase lifespan. Sirtuin-1, a regulatory protein, slows the development of senescence. Resveratrol in red wine is known to activate sirtuin-1, but for a significant anti-ageing effect about five litres per day would be needed.

Autophagy (self-cleaning) or removal of senescent cells is increased by intermittent fasting, such as in the 5:2 diet, exercise and certain drugs (BCL2-inhibitors), including rapamycin and metformin.

To sum up, skin ageing can be prevented or reversed up to a point by means of intermittent fasting and calorie restriction, increased exercise and sleep, the use of sunscreens and antioxidants (lycopene), topical retinoids and the BCL2 inhibitors rapamycin and metformin.

• Based on a lecture given by Professor Christopher Griffiths at the European Academy of Dermatology and Venereology (EADV) symposium in Brussels, May 2017. 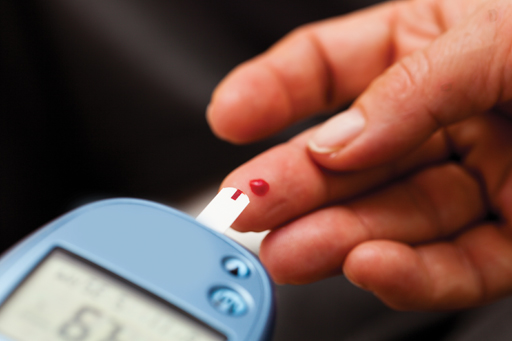 Do HbA1c levels need to be monitored more often?