Are there too many community pharmacies?

Some commentators have controversially called for a reduction in pharmacy numbers. But would this be right for contractors and patients alike?

The number of community pharmacies in the UK is at saturation point. According to the latest official figures, the number of premises in England has shot up by more than 15 per cent in just over a decade, from 9,756 in 2001 to 11,236 in 2012. The trend is similar in the other home countries.

It’s a problem recognised by the sector’s leaders. In November 2013 the Royal Pharmaceutical Society launched its ‘Now or Never’ report. The paper said “the traditional model of community pharmacy will be challenged... [by] a crowded market of local pharmacies”. It added that management consultancy group AT Kearney predicts pharmacy profits plummeting by a third by 2016, with 900 pharmacies in England forced to close unless something is done.

Drastic steps are already being considered. England’s chief pharmacist has said the Government may consider cutting the number of pharmacies and PSNC has warned the axe could fall if pharmacies do not embrace a wider range of services.

It’s easy to see how the sector found itself in this situation. From 1987 to 2005 community pharmacy applications were based on a ‘necessary and desirable’ test. But in 2005 the control of entry regulations changed everything. Key exemptions – in particular 100-hour contracts – allowed pharmacies to open beyond standard market entry conditions.

The Government may consider cutting the number of pharmacies

Although supporters argued the increased number of pharmacies offered greater patient choice, the regulations created problems. The 2008 pharmacy white paper found that between 2005 and 2008 more than 400 pharmacies had opened using the 100-hour exemption. Instead of greater service provision, NHS bodies reported clustering of pharmacies around sources of income and “no match between the better access that a 100-hours per week pharmacy delivers and the need for such an improvement locally”.

This spelled the beginning of the end for the 100-hour exemption, which was finally dropped in 2012 by the Health and Social Care Act.

However its repercussions are still being seen today. Although the Act means new entrants cannot use the exemption, existing pharmacies are still locked in competition with each other. Prescription volume has increased but pharmacy numbers have outpaced it, all the while diluting contractors’ share of the global sum pot.

The country simply cannot afford an unlimited number of pharmacies. We could have a pharmacy on every street corner, which would be great for access and choice, but it would be unaffordable and unsustainable.

There are already areas with too many pharmacies: the 2005 control of entry exemptions led to an unplanned and largely unnecessary growth in pharmacy numbers. Many of the new contracts that opened under the 2005 exemptions add little extra coverage. Perhaps you could argue the first 100-hour application in an area provides longer hours and greater access to services. But does a second, or third? In the case of a small city like Gloucester, does a seventh 100-hour pharmacy add anything to care provision? In 2012/13 nearly two- thirds of contract applications were within 500 meters of an existing pharmacy contract. Why is this a problem?

The pharmacy network is about so much more than just dispensing prescriptions. It is about public health, care of long-term conditions and helping people to stay independent in their own homes. These vital, added-value benefits are why I do not want to see pharmacies clustering around GP surgeries, or exclusively in supermarkets where deep-pocketed operators could potentially afford to run NHS contracts at a loss by subsidising income from medicines sales.

Clustering undermines the existing network and moves pharmacies away from the deprived communities where they are most needed.

Financial attrition through a free market is not acceptable as a means of reducing the number of pharmacies. It must be done on the basis of population need and provision of the required service. Using a blunt instrument like reducing the value of NHS contracts could have disastrous consequences on small but vital pharmacies. These are the backbone of an essential infrastructure we should protect, rather than worrying about removing a good proportion of the 1,300 contracts granted under the entry exemptions.

We must be bold

Nevertheless we should rationalise the number of 100-hour pharmacies, as longer hours do not necessarily mean a better service.

And we need to look seriously at quality. I am not in favour of propping up failing contractors. We should get tough on people who are not up to the standard required of a NHS contract. A managed exit for these contractors could open the way for improved patient care.

There are towns where particular streets have several pharmacy contracts run by the same company. Why not close some of these down to concentrate resources and improve patient care? Little would be lost for the companies involved. It would not affect access, and the move may even allow for longer hours or a wider range of services.

Our sector is unique in its ability to reach and help enormous numbers of people, from all walks of life, every day. We need to protect the essential infrastructure of the network and make sure that pharmacies can be accessed in a range of locations. The only way to do this is through a planned approach, using robust PNAs to match the needs of the population to pharmacy provision.

Of course, the population is growing and prescribing volume and complexity is increasing. There may actually be a need to add more pharmacies in the future to meet that growing need. But that should be done only as part of a considered and managed process, and not in the chaos of the free market.

Asking if there are too many pharmacies is asking the wrong question. We should be asking whether pharmacies are appropriately located. And will those existing pharmacies be able to provide an expanding range of services as population needs, and national and local contractual arrangements, change?

My view is that there are not too many pharmacies. The number of premises reasonably correlates with the number of sites providing medical services.

Yes, there are areas where there are a number of pharmacies very close to each other, and this may be excessive to meet local need. But at the same time there are areas which are less well served, and there could be opportunities to offer more pharmaceutical services.

The real problem is that the current contractual framework is still focused on payment for the supply function, which therefore makes up the majority of the income for community pharmacies. As the contractual model evolves and supply becomes part of a more holistic service offering, location needs will change.

This will be supported by greater use of the electronic prescription service (EPS). Most patients will start to access their prescriptions close to work or home, with a reduced need to visit the GP surgery.

This means we will need a redistribution in pharmacy locations, rather than a reduction.

And the needs of patients and public continue to grow in complexity and number. This ageing population will have greater needs and more long-term health issues; there will be a significant growth in multimorbidity.

By reducing the number of pharmacies, we could increase the health inequalities in the patient groups who need our help the most

The consequence will be a potential rise in polypharmacy, which will require greater pharmaceutical input.

If the community pharmacy sector is to provide an increased, holistic, outcome-based service, this will result in increased pressure on our existing pharmacies. Reducing the number of pharmacies now can only exacerbate future difficulties in capacity.

There is an argument that some tasks could be completed by support staff. Yes – the development of empowered and trained staff will certainly help with some of this workload. However, there is a knowledge and skills demand that can only be met by a pharmacist.

So where will these additional pharmacists be based? Some see this role being addressed by a growth in pharmacists working with, and potentially employed by, GP surgeries.

However this transfers costs to general practice. By basing these pharmacists in community pharmacies, we can provide the same support to surgeries and provide services at those times when surgeries are not open. We will have the potential for increased efficiency in activity.

All of this means we cannot reduce the number of pharmacies. If we did, those that remain will be forced to become bigger in the same way GP surgeries have grown.

Anyone with any knowledge of developing larger surgeries will be aware of the difficulty in finding suitable sites large enough to accommodate these premises. Moving pharmacies to larger sites is likely to move them to less convenient locations for patients, which will have greatest impact on those with greatest need. By reducing the number of pharmacies, we could increase the health inequalities in the patient groups who need our help the most.

As the demands placed on community pharmacy going forward continue to rise and the level of service needed from the sector continues to grow, there will be a need for pharmacies to be more rationally distributed. But there will also be a need for more pharmacies, rather than fewer.

There are two clear solutions to the problem of pharmacy numbers. The first is an artificial cap on premises, based on pharmaceutical needs assessments (PNAs). Indeed, if the Government were to reduce pharmacy numbers, such a cap would have to be established for the future. The second option is to allow free market principles to take their course. Pharmacies are, after all, a business like any other. Might a pharmacy ‘survival of the fittest’ encourage innovation and additional services to the benefit of patients?

When we threw this debating topic out into the Twittersphere, this is what you told us...

@Michaelwsh It’s why we should have robust PNAs within the new commissioning culture. No point quoting random numbers [of potential closures] with no evidence. Mike Holden, NPA

@cathrynjbrown Probably – but that doesn’t mean I know which ones should close. Cathryn Brown

You can also email your views to us at pm@1530.com

No change to GPhC fees 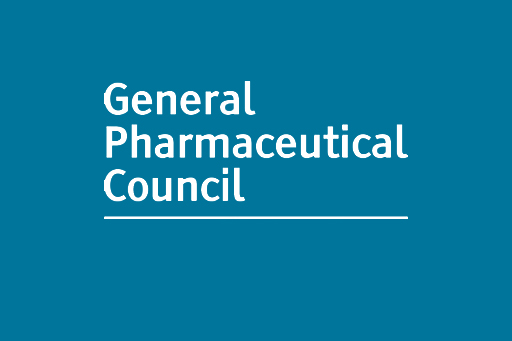 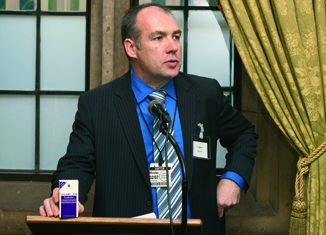