Pharmacists have an important role in identifying allergies, raising awareness and providing support to people who suffer from them. 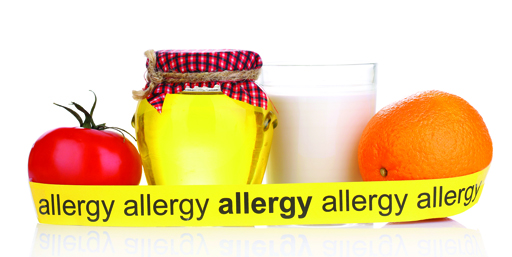 The owner of an Indian restaurant was jailed earlier this year after being convicted of killing a customer with a nut allergy by supplying him with a takeaway containing peanuts. The case is thought to be a legal first that sets a precedent for food suppliers.

Despite new food labelling legislation, one in four people with a food allergy has experienced an allergic reaction while eating out, with nearly one in five cases resulting in hospitalisation.

The Food Standards Agency says that, although EU legislation now requires food suppliers to make information on the 14 commonest allergens available to consumers, data shows that eating out is still a problem for around 2 million people in the UK who suffer from various allergies.

In the past decade the number of cases of food allergies has doubled and the number of hospitalisations caused by severe allergic reactions has increased seven-fold, says Allergy UK. Food allergies affect 2 per cent of the population and 8 per cent of children under three years of age1, while an estimated half a million people are at risk of serious health problems due to undiagnosed coeliac disease.

Coeliac UK, which is currently running a diagnosis campaign, says that around 1 per cent of the UK population has this auto-immune disease – but only 24 per cent of these are medically diagnosed. The charity is aiming to halve the length of time to confirm a diagnosis (currently an average of 13 years).

A food allergy occurs when the body’s immune system reacts unusually to specific foods. Although allergic reactions are often mild, they can be very serious.

Allergy UK’s nurse adviser Holly Shaw says it is common for people to choose to self-medicate for a food allergy or food intolerance and that their first stop will often be the pharmacy for over-the-counter medication and advice. “This is an opportunity to discuss the patient’s symptoms, which he or she may have diagnosed incorrectly,” she says. Pharmacists can then signpost patients to the correct health professional or diagnostic pathway.”

NICE guidance on food allergies in the under-19s1 says correct diagnosis, followed by counselling and advice based on valid test results, is important because it will help to reduce the incidence of adverse reactions resulting from true food allergies, and will also reduce the unnecessary dietary exclusion of foods that should be eaten as part of a normal, healthy diet.

People with a clear diagnosis, and mild but persistent symptoms, are usually managed in general practice without referral to a specialist service, says NICE. However, if there is diagnostic doubt or symptoms of a more severe disease, GPs often consider referral for a specialist opinion.

Food allergy symptoms include:
• Tingling or itching in the mouth
• A raised, itchy red rash (urticarial) – in some cases, the skin can turn red and itchy, but without a raised  rash
• Swelling of the face, mouth (angioedema), throat or other areas of the body
• Difficulty swallowing
• Wheezing or shortness of breath
• Feeling dizzy and lightheaded
• Nausea or vomiting
• Abdominal pain or diarrhoea
• Hayfever-like symptoms, such as sneezing or itchy eyes
• Anaphylaxis (in rare cases).

The foods that most commonly cause allergy are milk and eggs, nuts (including peanuts) and seeds, shellfish, fish, wheat, soya and some fruits such as citrus and kiwi.

There are three stages to managing a food allergy:
• Identify and avoid the cause (if possible)
• Recognise the symptoms of an allergic reaction
• Know what to do if it happens again.

Food intolerance is much more common than food allergy, but the process of diagnosis is more complicated and often involves keeping a food and symptoms diary to help identify the culprit(s). The sufferer has to try eliminating those foods from the diet for a defined period of time and then re-introduce them to see if the symptoms resolve, improve or persist.

Regardless of whether an individual thinks he/she has a food allergy or intolerance, it is important pharmacists refer them to their GP to avoid them getting the wrong diagnosis, says Holly Shaw.

Food intolerance symptoms tend to come on more slowly than those for a food allergy but may last for many hours, even into the next day. Intolerance to several foods or a group of foods is not uncommon, and it can be much more difficult to decide whether food intolerance is the cause of chronic illness, and which foods or substances may be responsible.

The symptoms caused by intolerance are much more variable than those that cause food allergies and commonly include:
• Fatigue
• Bloating
• Irritable bowel
• Joint pains
• Rashes
• Eczema
• Headache
• Migraine.

Chronic conditions (e.g. eczema, irritable bowel syndrome, chronic fatigue syndrome, rheumatoid arthritis, migraine and ulcerative colitis) are sometimes linked to allergy or intolerance to foods or other substances but it is very rare for true allergy to be an issue in these conditions. In some people, an intolerance might be a factor; in others, it may just exacerbate their underlying condition. In many people, allergy and intolerance will play no part in their condition.

Once the offending food has been identified, the only treatment is to avoid it. However, avoiding a large number of foods is not sensible as good nutrition is vitally important in chronic illness, and repeatedly eating a small number of foods tends to make intolerances worse. A patient may need to be advised to see a dietitian to ensure that his/her diet is not excessively limited and contains all the necessary vitamins and minerals.

Often, some foods will cause more noticeable symptoms and will be avoided, but others will only cause minor upset and can continue to be eaten, accepting that there will be some slight symptoms as a result. As a patient’s condition improves, the more minor intolerances may settle over time.

“It should never be underestimated how big an impact food intolerance has on the lives of sufferers,” says Allergy UK. “From suffering with migraines from adolescence, having joint problems in mid-life to visiting the toilet several times a day, these are just some of the problems caused by food intolerance. Although not life-threatening, they can make lives miserable for sufferers, their families and friends.”

Coeliac disease is a lifelong auto-immune condition caused by the immune system reacting to gluten. Symptoms can range from mild to severe and include:
• Bloating
• Diarrhoea
• Nausea
• Wind
• Constipation
• Tiredness
• Mouth ulcers
• Sudden or unexpected weight loss (but not in all cases)
• Hair loss
• Anaemia.

Heidi Urwin, Coeliac UK research manager, says the NICE guideline for the recognition, assessment and diagnosis of coeliac disease2 lists the symptoms and associated conditions that should trigger testing for the disease. “Pharmacists can identify patients with prescriptions for medications for associated conditions, such as autoimmune thyroid disease, type 1 diabetes or IBS, and ask if they have been tested for coeliac disease.

If medically diagnosed with coeliac disease, depending on the individual’s location he/she may be able to obtain support on prescription. In Scotland and in some parts of England there are pharmacy-led supply schemes for gluten-free food, which provide an efficient, patient focused service. Pharmacists involved in the Scottish gluten-free food service also carry out annual reviews of adult patients with coeliac disease.

A study commissioned by Coeliac UK last year concluded that community pharmacies could play a role in the early recognition of coeliac disease. The project to test for coeliac disease was managed by the National Association of Primary Care and involved 15 pharmacies across the Rowlands and Jhoots chains plus one independent pharmacy.

Customers with prescriptions or OTC medications for IBS and/or anaemia were asked to complete a brief questionnaire about their symptoms and offered a finger prick blood test to measure the antibodies associated with coeliac disease. Over six months 551 individuals were tested, of which 52 (9.4 per cent) had a positive test and were advised to speak to their GP about further testing.

Pharmacist Kate Knapik at Whitworth Pharmacy in Brigg has suspected coeliac disease herself, which has prompted her to raise awareness of the condition in her pharmacy through educational displays and by dedicating a shelf to gluten-free products. “This is definitely an area where the pharmacy can raise awareness and provide information and advice. We are a healthy living pharmacy, so this type of educational work is important for us,” she says.

Knapik says it is important that pharmacists are knowledgeable about the condition because the symptoms of coeliac disease can be mixed up with food allergy and intolerance. “The symptom spectrum for coeliac disease is so broad that, for example, someone with a rash would not necessarily relate that symptom to a problem with the stomach.

“Also the numbers of people being diagnosed with coeliac disease are growing and will continue to grow – wheat and gluten are being added to so many foods such as pasta sauces, where you wouldn’t necessarily expect to find it.”

Customers can be signposted to free leaflets available from Allergy UK and Coeliac UK, she says, but having a proper chat with a healthcare professional can also be very reassuring. “Once people have been diagnosed with coeliac disease, they think they can’t eat anything – there is a lot for them to learn and this is where we can really help in the pharmacy,” Knapik says. 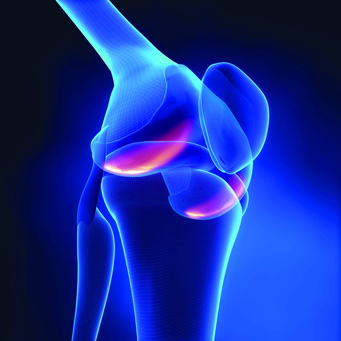 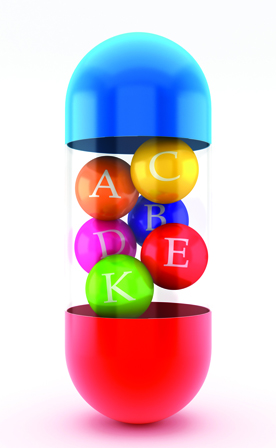