There is a growing sense that social prescribing is an idea whose time has come. So what does it involve and should pharmacists be playing a role? 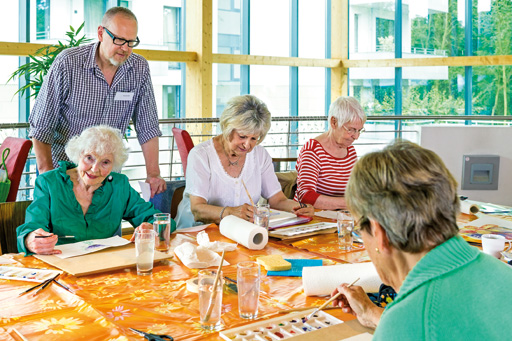 When health secretary Matt Hancock extolled the virtues of ‘social prescribing’ in a speech in September, some newspaper reports seemed faintly incredulous. Was this not just another ‘Big Society’ wheeze? “Doctors urged to tell patients to do some gardening or art instead of dishing out prescriptions” ran one headline.

While such activities are not usually what a doctor prescribes, there is a growing sense that social prescribing is an idea whose time has come. It involves referring patients to local amenities that can enhance their wellbeing and improve social engagement which, proponents argue, moves away from a medicalised approach in favour of addressing patients’ holistic needs.

Arguing that the ‘pill for every ill’ mindset is outdated, Matt Hancock says that “the evidence increasingly shows that activities like social clubs, art, ballroom dancing and gardening can be more effective for some people”.

One study found that community referrals led to improved scores on a wellbeing scale and a reduction in GP visits for over half the participants.

The Government’s recently published loneliness strategy describes plans to roll out social prescribing across all local health and care systems by 2023. While the strategy specifies GPs as the ones making referrals, some think pharmacists are ideally placed to contribute too.

Bristol pharmacist Ade Williams is enthusiastic about the possibilities of social prescribing. His pharmacy has intensified its efforts to support patients experiencing loneliness, isolation and other issues, partnering with organisations such as charities. A ‘cold homes’ referral service has been particularly effective.

“We are redesigning our processes to try and address these issues in a proactive way,” Williams says. For example, during MURs he makes a point of asking people about their social needs.

One of the advantages is that the wider pharmacy team can get involved. “Each of us has unique interactions with patients and we can all make those contacts count more.” This is a “big opportunity” for pharmacies, he believes.

Of all the primary care professions, “we are the ones that have the most contact with the vulnerable groups the Government wants to target”. Pharmacists are already working to tackle loneliness and are attuned to the emotional needs of people with long-term conditions, he says.

Representative bodies should be pushing for this to become part of the pharmacy contract. “It is for us to present that case and put forward evidence of what we are doing. Sometimes we don’t understand the value of what we do because we think it is just good customer service.”

The Mid and East Antrim Agewell Partnership’s (MEAAP) IMPACTAgewell scheme aims to improve the lives of older people through its collaborative approach to social prescribing.

“It is really about trying to join the dots between community pharmacy, general practice, secondary care and social care in order to put the older person at the centre of their own care,” says project co-ordinator Deirdre McCloskey.

It came out of the realisation that this would serve older people better than shuttling them between primary and secondary care – as well as making better use of the whole healthcare workforce.

While pharmacists have “tended not to be included in multidisciplinary work”, they have a “valuable insight” into the lives of older people. When GPs and social workers learn about pharmacist-led interventions such as medicines reviews, they are impressed, she says.

Partnership is built into the DNA of the project. “As soon as a GP sees an older person on six or more medications, they will flag this to the Agewell hub and a pharmacist will go out to do a review.”

For every referral into the programme, “we have links to the likes of a good morning telephone befriending service, or a handyman, or indeed a bereavement support group or arts and crafts,” she says. MEAAP puts funding into these community groups, which is more effective than simply signposting, McCloskey says.

The interim findings are promising. While the first six GP pilot practices had to be recruited, another five have come on board after actively seeking to be involved. And there are signs this efficient, collaborative approach can deliver significant cost savings.

McCloskey sums up the ethos: “Social prescribing should be about recognising our local communities as being asset-rich, investing in those assets and allowing communities to thrive.”

DHSC: This is a local decision

While Government does acknowledge pharmacy’s referral function, a nationally commissioned social prescribing service is not likely at this stage, a DHSC spokesperson told Pharmacy Magazine. This is partly because it is CCGs who make commissioning decisions based on local need and partly because local signposting is part of the existing contract.

“With over 1.2 million health-related visits a day, community pharmacies are well-placed to refer people in need. The pharmacy contractual framework already requires all pharmacies to signpost to other local health-related services,” the spokesperson commented, adding that “local areas are best placed to explore ways of maximising the benefits of social prescribing across primary care”.

PSNC told PM that social prescribing is a “natural development” of pharmacies’ signposting work and that “with provision of appropriate resources” community pharmacy would be well-placed to support the Government’s strategy. 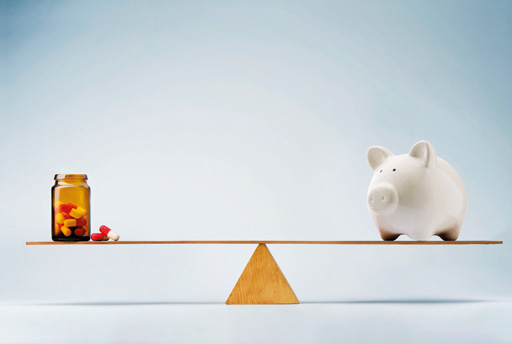 Pharmacy specials: Getting the balance right