RPS speaks out on risks of no-deal Brexit

After Theresa May revealed in a TV interview that the government is making plans for stockpiling essential goods such as medicines in the event of a no-deal Brexit, the Royal Pharmaceutical Society commented on the risks of any failure to secure a deal that ensured the "effective movement" of pharmaceutical products between the UK and the EU.

The prime minister told Channel 5: “Far from being worried about preparations that we are making, I would say that people should take reassurance and comfort from the fact that the government is saying we are in a negotiation, we are working for a good deal.

“I believe we can get a good deal, but it’s right that we say – because we don’t know what the outcome is going to be – lets prepare for every eventuality.”

RPS president Ash Soni commented in a statement: “Patient health is paramount and we agree with the Government that patients in the UK and across the EU should continue to be able to access the best and most innovative medicines.

“Due to the complex and integrated nature of medicine supply chains, if patients in the UK are to continue to receive the medicines they need quickly, it’s vital there is effective movement of pharmaceuticals and medical devices across borders with the European Union (EU).

“Without a negotiated deal, risks of the UK’s withdrawal from the EU include delays in patients accessing medicines, a concern widely recognised across the healthcare sector.

“With some medicines manufacturers now talking about contingency plans to stockpile medicines in the absence of a negotiated deal, we are engaging with regulators and the NHS about their plans to minimise any potential disruption to the medicines supply chain.

“We welcome the Government’s intention for the UK to continue participating in agencies for highly regulated sectors, including for medicines, supported by arrangements covering all relevant compliance activity to reduce additional regulatory burden.

“It’s understandable that current uncertainties about Brexit are raising concerns about patient care. Ultimately, I’m confident that pharmacists will continue to ensure that patient safety remains their top priority, and that the RPS will be on hand to help the profession manage future changes.” 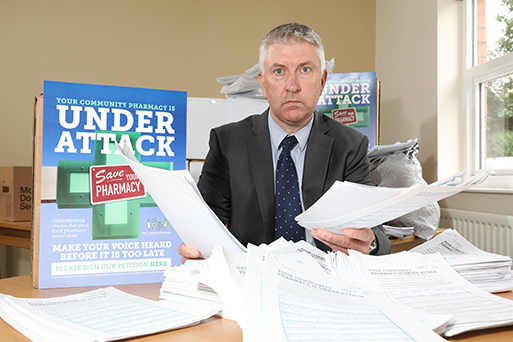 Over half missing out on vital health checks, charity warns