Pharmacists linked to care homes as part of £3.5bn investment

Pharmacists and GPs are to be assigned to care homes in a measure the Government says will help residents to receive care in the community rather than go to hospitals unnecessarily. The scheme is to be funded by a newly announced £3.5bn investment in community-based care.

The Government says the Enhanced Health in Care Homes scheme is being rolled out nationally after a pilot under the NHS vanguards programme that ran until earlier this year in areas including Wakefield, Sutton and Newcastle and Gateshead.

It will see ‘rapid response’ teams of healthcare professionals assigned to care homes to provide urgent care and support in the community.

The teams will include doctors, pharmacists, nurses and physiotherapists. They will be available 24/7 to care home patients. The Government says this will “help patients recover closer to home, which will help people stay healthy and independent for longer”.

The prime minister said: “Too often people end up in hospital not because it’s the best place to meet their needs but because the support that would allow them to be treated or recover in their own home just isn’t available.

“The new approach we’re setting out today will mean more people can leave hospital quicker, or avoid being admitted in the first place – which is better for patients and better for the health service.”

The Royal Pharmaceutical Society’s director for England Ravi Sharma said the RPS “welcomes the Department of Health and Social Care’s recognition of the vital role pharmacists play in supporting care closer to home as part of the multidisciplinary team”.

“Any investment in patient care is fantastic news.” Mr Sharma said, adding that the DHSC’s current focus on the prevention of ill health is a “hugely positive step and is central to the role pharmacists play in healthcare”.

The RPS looks forward to working with the Government on how the pharmacy workforce can be used “to ever greater effect” to support the NHS Long Term Plan, Mr Sharma said.

The care homes initiative was announced alongside a new £3.5bn investment drive in community-based care.

The Government says this “major new investment in primary and community healthcare,” which comes out of the £20.5bn NHS cash boost announced earlier this year, amounts to an additional £3.5bn a year for these services in real terms by 2023-24.

The announcement forms part of the Long Term Plan for the NHS, which it describes as the “biggest ever cash boost for the health service”. The Government claims it is able to make this investment due to “strong public finances” and the much debated ‘Brexit dividend’.

Pharmacy Magazine has asked the DHSC to provide details of how the newly announced funding will be allocated. A spokesperson said a full breakdown was not yet available, but clarified that the money would “go towards supporting wider rollout” of existing schemes such as the rapid response initiative.

Health secretary Matt Hancock said the additional funding “demonstrates our commitment to primary and community healthcare, capable of relieving the burden on our hospitals over the coming years and revolutionising the way high quality care is delivered for our most vulnerable patients”.

NHS England chief executive Simon Stevens said “everyone can see that to future-proof the NHS we need to radically redesign how primary and community health services work together” and that the Long Term Plan would see local services receive a “growing share of the growing NHS budget”.

However, Sally Gainsbury, senior policy analyst with health think tank the Nuffield Trust commented that “far from representing a big shift in funding towards out-of-hospital services, this money will simply allow GPs and community services to keep up with demand over the next five years”.

Ms Gainsbury said: "There are many existing calls on the new money pledged by the Prime Minister, like getting waiting times back on track and upgrading mental health services. We’ve calculated this will leave relatively little for any significant reform over the next couple of years.

“What’s more, even if this money did represent a major boost to primary and community services, there are serious questions about whether the NHS has the right staff in the right places to carry this out. " 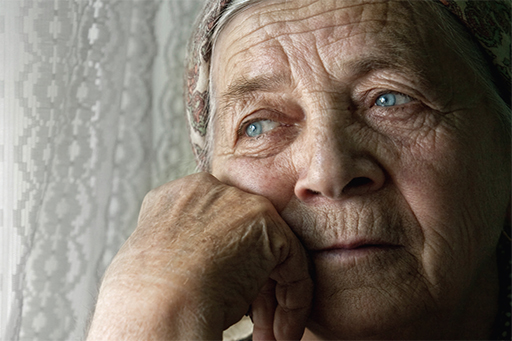