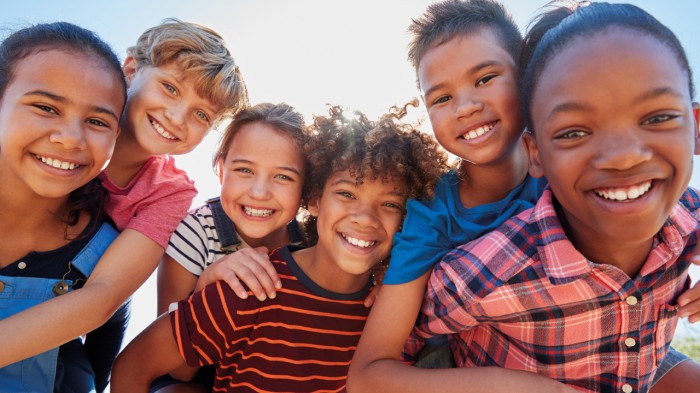 In the aftermath of the pandemic, pharmacy staff have a great opportunity to build on customer trust and loyalty. Here's how to help with common child health concerns.

The national lockdowns meant children were unable to go to school, socialise or participate in sports and clubs, having lasting effects on their mental health, fitness levels, weight and sleep.

Rates of children’s mental health problems increased during the pandemic, with 39 per cent of six- to 16-year-olds experiencing worsening mental health in 2021 compared to 2017, according to the Mental Health of Children and Young People in England 2021 report by NHS Digital. From this age group, it is thought one in six were affected by mental health problems, up from one in nine in 2017. In 17-19-year-olds, mental disorders were thought to have increased to one in six from one in 10.

“Children are still feeling the effects of the pandemic and over the past year they have told our counsellors that the lockdowns impacted their motivation, friendships and how isolated they felt,” says Alex Gray, service head of Childline. “Children have also shared that they feel reluctant to speak out because they are concerned people will not understand and instead, they may bottle things up.”

Conditions to watch out for

Two years of uncertainty and change have caused widespread anxiety in children and young people. Childline says common signs for parents to recognise include:

“It’s natural for children to feel stressed or anxious about things like exams or moving schools and whilst these experiences can be challenging, they are different from long-term depression or anxiety,” adds Alex. “It can be helpful for parents to think about what is normal for their child and if they’ve noticed they’ve been behaving differently.”

When it comes to supporting children, Alex advises that pharmacy teams recommend the following to parents and carers:

If a child’s anxiety is persistent and affecting their everyday life, pharmacy teams can signpost parents to more specialist help. A GP is a good starting point, then they should speak to their child’s school as there may be a school counsellor available. Young Minds has a free parent helpline on 0808 802 5544 from 9:30am-4pm, Monday-Friday. It also has a webchat and an email service. Anxiety UK also has a helpline: 03444 775 774 and a text service.

Depression affects children and young people as well as adults and it’s important for parents to seek help early to reduce the chances of it becoming a long-term condition. Pharmacy teams can advise parents on the NSPCC’s recommended signs to watch out for:

Children and young people may also talk about feeling ‘empty’ or ‘numb’, have thoughts of suicide or they may self-harm. Older children may misuse drugs or alcohol. Pharmacy teams can also recommend that parents or guardians talk to their children to find out how they’re feeling and take their problems seriously.

Parents can be referred to their child’s GP, who may then refer the child to the Child and Adolescent Mental Health Services (CAMHS). Childline is a good resource for children up to age 19 (0800 1111), and the website: childline.org.uk has message boards where children can share experiences and get peer support. The Mix gives support to under 25s and has a helpline: 0808 8084994, webchat, email and text service.

A quarter of young women and one in 10 young men have self-harmed at some point, and rates increased during the pandemic. Self-harm can be a reaction to distress, and the best way to help someone who does this is to help them to identify and deal with what is causing the distress.

Many people who self-harm feel ashamed and isolated and will try to hide what they do from others, says charity Harmless. The best way for family and friends to help is to reduce this shame by allowing them to talk about their feelings, taking the focus away from the self-harm itself.

The proportion of children and young people with possible eating problems rose to 13 per cent in 11–16-year-olds and to 58 per cent among 17–19-year-olds between 2017-2021, according to the NHS Digital report.

Signs for parents to watch for include social isolation, avoiding eating around others, difficulty concentrating, tiredness and irritability, low self-esteem, obsessive about food, a distorted body image, exercising a lot more, disappearing to the toilet after meals and change in weight.

Some advice that pharmacy teams can recommend to parents includes:

Safeguarding children in the pharmacy

If abuse/neglect is suspected, pharmacy teams should follow the local safeguarding procedures, e.g., from their employer, NHS trust or local council. If the nature of abuse is considered an emergency, the police should be contacted. Otherwise, decide on next steps, such as taking advice or referring to social services. Pharmacy teams should keep a record of concerns and suspicions, decisions taken, and reasons and any action taken.

They should not investigate suspicions or allegations of abuse directly or discuss concerns with an alleged perpetrator.

Alex Gray, service head of Childline, has this advice to pass onto parents:

Diet and nutrition for a healthy weight

The pandemic has led to further increases in childhood obesity. Latest figures from the National Child Measurement Programme (NCMP) England 2020-21 found obesity prevalence in reception year up from 9.9 per cent in 2019-2020 to 14.4 per cent in 2020-21. In year six, it rose from 21 per cent to 25.5 per cent. This is the largest increase recorded since the NCMP began in 2006. “Obesity in childhood is more likely to lead to an adult that is overweight or obese,” says Hannah Whittaker, British Dietetic Association (BDA) spokesperson and registered dietician. “With this comes increased risk of cardiovascular disease, type 2 diabetes, osteoporosis, respiratory problems and sleep apnoea. Children who are obese are also at a higher risk of poor mental health.”

Over consumption of sugar is also an issue. A new study by University College London (UCL), presented to the European Congress on Obesity, found that British toddlers and children consume too much sugar. Analysis of the UK’s largest contemporary dietary dataset of toddlers found only 16 per cent of those aged 21 months and two per cent of seven-year-olds met the recommend intake of free sugars.

The World Health Organization (WHO) recommends that free sugars should not make up more than 10 per cent of daily calories, with five per cent or less the ideal target. This is 50g as the maximum, 25g as the target. “Parents can read the back of packaging to help identify a food high in sugar. This is one that contains more than 22.5g sugar per 100g. A low sugar food has 5g or less per 100g,” says Hannah.

Portion control is another important factor. “Young children tend to need smaller portions than older children and teenagers,” says Helena Gibson-Moore, nutrition scientist at the British Nutrition Foundation (BNF). “Larger plates can lead to larger portions being served, so parents should use smaller plates, especially for younger children. It’s best not to pile too much food on a child’s plate, if they are still hungry, they can be offered second helpings. Children learn by example, so one way to establish good eating habits is for parents to be a positive role model and eating healthy meals together can help children learn to like healthier foods.”

In addition, Helena recommends all children aged six months to five years have a daily supplement containing vitamins A, C and D. “All school aged children should consider taking a vitamin D supplement of 10mcg a day between October and March,” she adds. “For children following a vegan diet this should be balanced, and vitamin B12 should be obtained from fortified foods or a supplement.”

According to Sport England’s latest Children and Young People Active Lives report 2020-21, 44.6 per cent of children meet the recommended guidelines of 60 minutes per day of sport and physical activity, but 32.4 per cent do less than 30 minutes a day. The proportion who are active is down by 2.2 per cent on pre-pandemic levels.

“One of the most concerning pieces of evidence from our report was children and young people reported fewer positive attitudes towards sport and physical activity. Enjoyment and confidence in taking part saw significant drops, which are two of the five components in defining physical literacy,” says a Sport England spokesperson. “If positive attitudes and physical literacy levels don’t increase, there’s a likelihood the next generation will be less active, leading to poorer health and wellbeing.” For more information visit: sportengland.org. NHS Better Health also has accessible activity options.

Last year, problems with sleep on three or more nights a week affected 28.7 per cent of six- to 10-year-olds, 38.4 per cent of 11–16-year-olds and 57 per cent of 17–23-year-olds, according to NHS Digital. Across all age groups, figures were higher for those with a probable mental health disorder.

Lisa Artis, deputy CEO of the Sleep Charity, says the main causes of sleep problems in children include:

Here are the Sleep Charity’s top tips to pass onto parents:

Visit the National Sleep helpline: 03303 530541 or the Sleep Charity website to find out more.

One to two years