Hayfever is very common, with more than 18 million people in the UK affected as the allergy season reaches its peak. Pharmacy teams can support customers as the pollen count intensifies with over-the-counter treatments and self care advice

Put simply, hayfever is an allergic reaction to pollen. This is released by plants, and levels are highest between late March and early September. Most people are unaffected by pollen, but in people with hayfever, which is also known as seasonal allergic rhinitis, the body recognises pollen as harmful, triggering the production of histamine. This histamine acts to stop the spread of what it thinks in an infection, causing the symptoms that are recognised as hayfever. 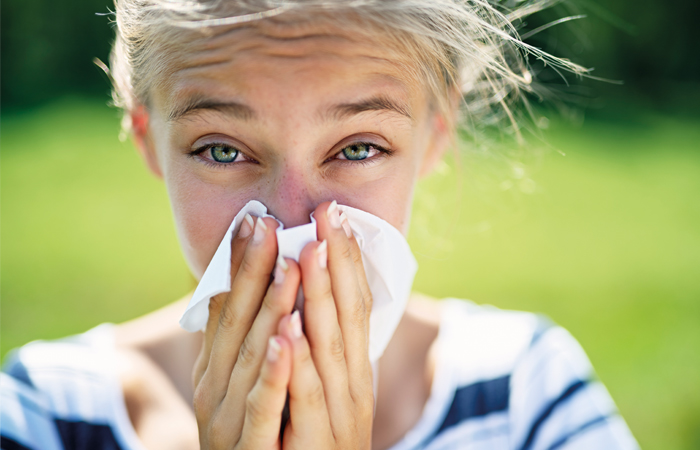 Some people may experience less common symptoms such as loss of smell, headaches, fatigue, earache and facial pain. People with hayfever may suffer from a variety of symptoms or just one – this varies from person to person and can also depend on the type of pollen they are allergic to.

Hayfever usually begins in children and teenagers, but it can develop at any age. People often find that they become less sensitive to pollen as they age and symptoms can improve; 10-20 per cent of people find their hayfever disappears completely as they get older.

Although often seen as a trivial condition, hayfever can have an impact on quality of life, particularly in those with severe symptoms. In a survey by Allergy UK entitled ‘The Impact of Hayfever’, 92 per cent of participants reported that hayfever interferes with work, school or their daily routine. Additionally, 81 per cent reported that hayfever has a negative impact on their mood.

Could it be Covid?

The main symptoms of Covid-19 are a fever of 37.8°C or above and a new, continuous cough – defined by the NHS as coughing a lot for more than an hour, or three or more coughing episodes in 24 hours. If customers are showing either of these symptoms, the current advice is to self-isolate for seven days. Members of their household should also self-isolate for 14 days.

Hayfever can also cause a dry cough, so customers may be confused about their symptoms and Covid-19. “Hayfever can cause a bit of a cough, but it’s just that – a bit of a cough – whereas Covid causes a continuous cough,” advises airborne allergen expert Max Wiseberg. “Hayfever, despite its name, doesn’t come with a fever, but this is [a] main indicator of coronavirus.”

Advice from Allergy UK states that unlike Covid-19, “hayfever should respond to antihistamines and, if you have been prescribed them, nasal sprays.” The charity recommends that people “treat hayfever proactively to minimise your symptoms, reducing the tendency for you to touch your face due to itch, and prevent unintentional spread of coronavirus by sneezing.”

Pharmacy teams should encourage customers to follow Government advice to help limit the spread of Covid-19.

Hayfever is common among people with asthma – with between 20 and 30 per cent of people with hayfever also having asthma, according to Allergy UK – and the two conditions can be a dangerous combination.

People with both asthma and hayfever may wheeze and cough, feel breathless or feel a tightness in the chest. In people with asthma, “hayfever can cause your already inflamed airways to swell up even more,” says Jessica Kirby, head of health advice at Asthma UK. “An estimated 3.3 million people with asthma say that pollen triggers their asthma symptoms, putting them at risk of a life-threatening asthma attack.”

Fortunately, there are ways in which customers with both asthma and hayfever can reduce their risk of an asthma attack. Pharmacy teams can advise customers on Jessica’s three steps for reducing this risk:

If hayfever appears to be worsening a customer’s asthma, they should be urgently referred to a GP.

The pollen level, also referred to as the pollen count, is generally highest from late March through to September. There are more than 30 types of pollen that can cause hayfever and different plants pollinate at various times during the hayfever season. Therefore, hayfever can affect people at different times, depending on which type of pollen triggers their symptoms. Hayfever triggers can largely be grouped into three categories:

To see which type of pollen could be a trigger, Jessica Kirby, head of health advice at Asthma UK, recommends that customers note the days when symptoms are bad and use the charity’s pollen calendar.

There is no cure for hayfever, but symptoms can usually be managed with over-the-counter (OTC) products from the pharmacy. There are several different options, and recommendations will depend on the customer’s symptoms and personal preferences.

These work by blocking the action of histamine, helping to reduce the allergic response. They come in tablet, syrup or eye drop formulations. Oral antihistamines are sorted into two types:

For individuals with regular hayfever symptoms, corticosteroid nasal sprays are typically the first-line treatment. Steroid nasal sprays (e.g. beclometasone dipropionate, fluticasone propionate, triamcinolone acetonide, budesonide and mometasone furoate) work to reduce the swelling in the nose, helping to relieve symptoms. Customers should start using a steroid nasal spray a couple of weeks before they usually get symptoms and take it daily for best results. Starting use before the hayfever season begins means that the medication is already built up in the blood stream when the customer is first exposed to pollen, helping to relieve symptoms as soon as they occur. However, it is still worth starting to use a steroid nasal spray even if they are already experiencing symptoms.

These are used to unblock the nose and can ease nasal symptoms. They are for short-term relief only and should not be used for more than a week. Using them for longer periods can actually make symptoms worse, which is known as rebound congestion.

Drug-free nasal barrier balms and sprays can help prevent pollen coming into contact with the nasal cavity and protect against the development of allergic reactions.

Count on a combination

For customers who have tried different products with limited success, airborne allergen expert Max Wiseberg recommends putting together a “hayfever first aid kit”, where individuals try using different types of products in conjunction. For example, they could try combining an antihistamine, a steroid nasal spray, an eye drop and a natural product, such as a barrier balm. “This produces better results for the customer. Each product on their own could do nothing, but used together, they can have a better effect on symptoms,” says Max.

Pharmacy teams must keep in mind that customers should not take more than one antihistamine or more than one steroid nasal spray at the same time. 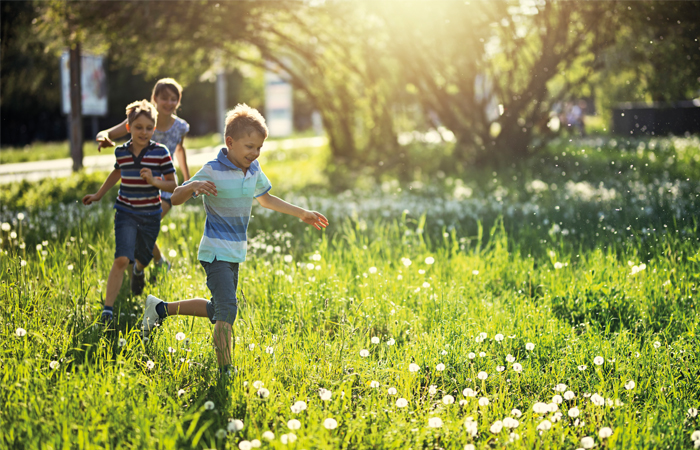 Alongside over-the-counter treatments, pharmacy teams can provide self care advice to help ease customers’ symptoms. Avoiding pollen completely is an unrealistic goal, but if customers can find ways to limit their exposure, it may help to ease their symptoms:

Max’s top tip for customers suffering from sore, itchy eyes is to wear sunglasses. “Sunglasses provide a barrier to pollen, but they also relax the eyes, helping to relieve symptoms.”

Looking to the future

Hayfever incidence in the UK has been steadily increasing and is set to double by 2030, with numbers expected to reach 31.8 million. And it’s not just the incidence that’s increasing – nearly a third of hayfever sufferers have reported more severe symptoms in recent years.

Experts say climate change is playing a part, and this was the subject of a 2019 book entitled Biodiversity and Health in the Face of Climate Change. In one chapter, ‘Climate Change and Pollen Allergies’, the authors stated that “allergic diseases have been increasing in prevalence over the last decades, partly as the result of the impact of climate change.” Among other factors, the authors found that rising temperatures can lead to increased levels of pollen in the air, contributing to an increase in hayfever prevalence and symptom severity.

The authors also concluded that climate change may be linked to earlier periods of pollination, which could mean that people with hayfever start to experience symptoms earlier in the year. An example of this earlier pollination is birch pollen. In the 1950s, birch pollen was not released until April and May, but it is now being released as early as late March.

With more people than ever starting to feel the effects of hayfever, pharmacy teams can be prepared to help by ensuring their knowledge is up to date. This means they will be able to offer appropriate advice and over-the-counter treatment recommendations to help customers understand the best ways for them to manage their symptoms of hayfever.