Food allergies are on the rise, but food allergen labelling remains inadequate, according to many organisations. So what should pharmacy teams look out for?

Allergies have hit the headlines a lot in recent months, in particular food allergies. The inquest into the death of a girl who suffered a fatal reaction to sesame in a Pret a Manger baguette shone a light on food allergen labelling last September, and the BBC’s Panorama programme in January highlighted the debate over whether the delivery service Just Eat should advertise allergen information. 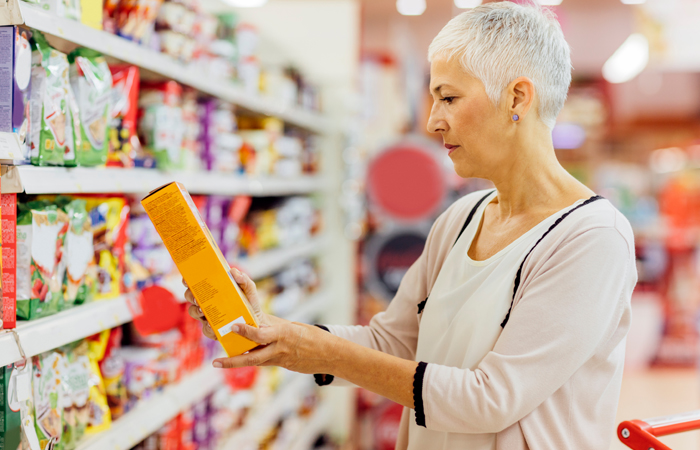 But even when food packaging is clearly labelled, consumers are still confused about food allergens, according to new research from Mintel. And it appears that many people are avoiding certain foods that they may not even be allergic to as a result.

While pre-packaged goods are legally required to highlight the presence of any allergens on pack, Mintel found that almost half (48 per cent) of Brits are unsure whether allergen labels are clear, and a further 15 per cent actively disagree that this is the case. In addition, 48 per cent say that they, or someone in their household, avoid at least one food or ingredient – although only 20 per cent do so due to an allergy or intolerance.

Despite allergies or intolerances not being the main reason consumers are avoiding certain foods or ingredients, Emma Clifford, associate director of food and drink at Mintel, says manufacturers still need to do more when it comes to clear labelling of allergens. “Given the perceived lack of clarity and the dangerous health implications that ambiguous allergen labelling can have on consumers, there is a real need for companies to make the presence of allergens very obvious on labelling,” Emma explains. “There is strong demand for a UK-wide labelling system for allergens which would unify the way in which companies communicate this information on packaging.”

However, this could be on the way to being addressed, with results due from a consultation by the Food Standard Agency (FSA) on allergen labelling of ‘pre-packed foods for direct sale’, which closed at the end of March.

Explaining the review, FSA chairman Heather Hancock says: “Clear, accurate and visible allergen labelling is vital to protect the thousands of people at risk of allergic reactions, when buying their daily sandwich, salad or snack to eat on the go. Food businesses have a duty to protect people with food allergies and we welcome the real progress that many have made. This review is looking at whether businesses should do more to keep their customers safe [because] we all deserve food we can trust.”

Peanut allergy affects around one in 40 children and has seen an increase in incidents over recent years.

Symptoms of peanut allergy usually occur within minutes of contact with peanuts, but can also occur up to one hour later. They can range from mild hives to severe and life-threatening anaphylaxis.

Although it is not uncommon to be allergic to both peanuts and some tree nuts, peanuts are a legume rather than a nut, so a peanut allergy does not automatically mean an allergy to tree nuts. One member of the legume family that can affect people with peanut allergy is lupin as these seeds – commonly made into flour in some European countries, Brazil and the Middle East – share similar proteins with peanuts.

Anyone who has ever had a severe reaction to peanuts should seek medical advice from an allergy specialist about getting tested to an allergy to these other foods. 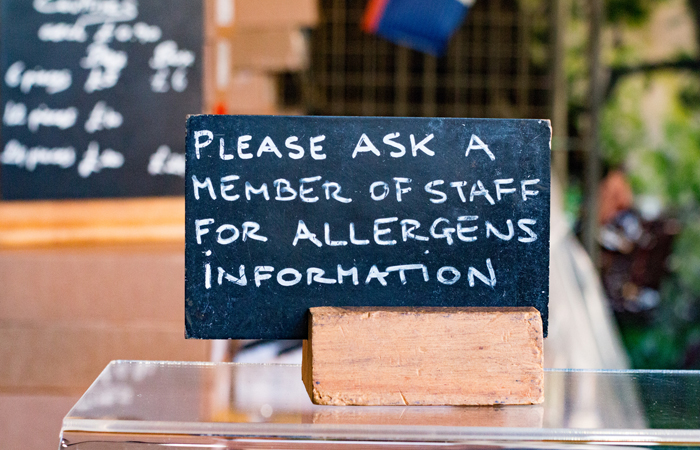 The Association of UK Dietitians estimates that between one and 10 per cent of adults and children have a food hypersensitivity. In addition, between 11 and 26 million Europeans are thought to suffer from a food allergy. Food allergies are a cause of particular concern in young children, where the incidence of potentially life-threatening food allergy is estimated to be greater in toddlers (five to eight per cent) than in adults (one to two per cent).

Although people can be allergic to any food substance, Allergy UK cites 14 major food allergens that should be mentioned – either on food labelling or menus – when they are used as ingredients in a food product or meal. These are: 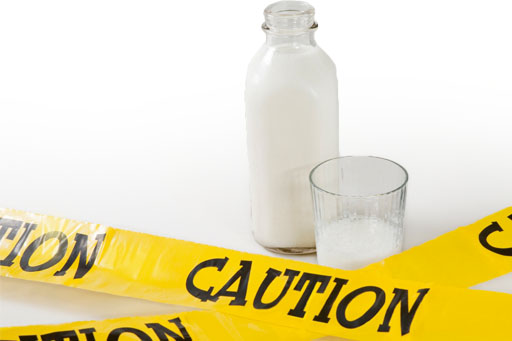 Food intolerance – also called food sensitivity – covers a range of conditions with unpleasant symptoms that occur every time a particular food is eaten.

There are many different types of food intolerance, which is different to food allergy: intolerances are not caused by the immune system and do not have the risk of a severe and potentially life-threatening allergic reaction (anaphylaxis). Food intolerances are caused by a substance within the food itself, or by the body having problems with digesting that food. For example, lactose intolerance occurs when there is a lack of the lactase enzyme that breaks down the lactose in foods.

Symptoms affecting the skin may include flushing, hives, eczema flares or angioedema (deep swelling of the tissue). Digestive symptoms can include abdominal pain, diarrhoea, bloating, stomach cramps, and constipation. The respiratory system can also be affected, causing rhinitis, breathing difficulties and wheezing. Other symptoms include headaches and palpitations.

People with a food intolerance may be able to tolerate a small amount of the food before they experience symptoms, whereas those with a food allergy will have to avoid the food(s) in question.

Allergy UK has a comprehensive range of free downloadable factsheets about different types of food allergy, including peanut, egg and milk.

Food allergies occur when the body’s immune system becomes confused by harmless food proteins and releases a chemical called histamine to counter the perceived threat. At the same time, this causes the common allergy symptoms of hives (also known as urticaria) or swelling.

In children, food allergies are much more common amongst those who come from families where other members suffer from allergy. Babies with eczema are at a higher risk of having food allergies.

The first obvious symptoms of a mild-to-moderate food allergy typically affect the skin, the respiratory system and the gut. Allergy UK says the key signs to look out for are:

More severe reactions can cause an anaphylactic shock – a life-threatening allergic reaction that requires immediate treatment with an adrenaline injection. Anaphylaxis occurs when the chemicals that cause the allergic symptoms are released into the bloodstream, as opposed to in most allergic reactions when the resulting chemicals are released locally into the tissues in a particular part of the body, such as the skin or eyes.

Symptoms of anaphylaxis usually occur within minutes of exposure to the allergen, but sometimes an hour or so later. They include:

The first-line treatment for severe symptoms is adrenaline (epinephrine) given by an injection into the upper outer muscle of the thigh, and Allergy UK stresses the importance of acting fast: “Adrenaline is life saving and must be used promptly in anaphylaxis. Delaying the giving of adrenaline can result in deterioration and death. Adrenaline given in this way is a safe treatment and you should not hesitate to use it if required. It starts to work within minutes, reducing swelling, relieving wheeze and improving blood pressure. If in doubt, give adrenaline first and then call for help. Do not wait to see if the symptoms clear up – call an ambulance immediately. If there is no response to the initial injection, current recommendations are to give a further adrenaline dose after five minutes.”

Foods aren’t the only allergies of relevance at the moment, as the hayfever season is getting into swing. Hayfever – or seasonal rhinitis – is a common allergic reaction to pollen from grass, trees and weeds during the early spring and summer months 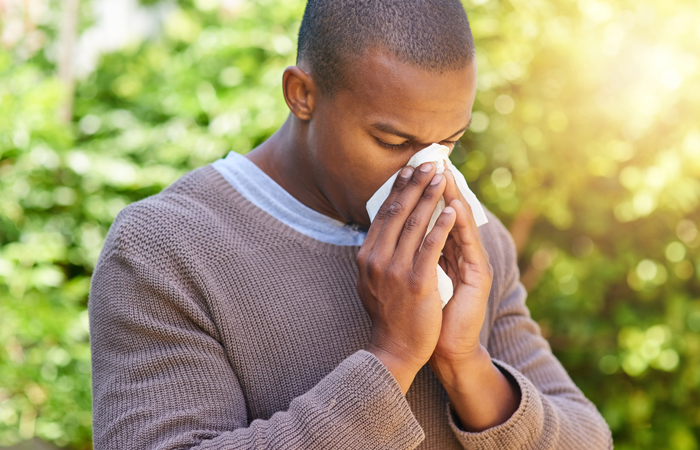 Allergy UK estimates that hayfever affects one in five children and adults in the UK, significantly affecting quality of life and performance and attendance at work or school, and is a risk factor for the development of asthma.

Hayfever occurs when the body makes allergic antibodies (IgE) to certain pollens. In perennial allergic rhinitis the symptoms continue all year round and usually relate to indoor allergens, including house dust mites, pets or moulds.

The symptoms of hayfever include:

All of these symptoms may become more severe when the pollen count is high.

Treatments and self care tips

While treatments prescribed for allergy can control the symptoms and reactions of hayfever, they do not cure it.

The most common allergy medication is an antihistamine, which are available from a pharmacy without prescription. These can be used on their own for mild hayfever or in combination with an intranasal steroid spray for moderate to severe symptoms.

There are other ways pharmacy teams can advise customers to manage their hayfever, many of which involve avoiding the allergen triggers in the first place:

Mild weather conditions in the UK mean that people living with hayfever may experience symptoms much earlier than they used to, according to Allergy UK. Tree pollen starts at the beginning of the year, followed by grass pollen which affects the majority of people with hayfever, and weed pollen later in the year. 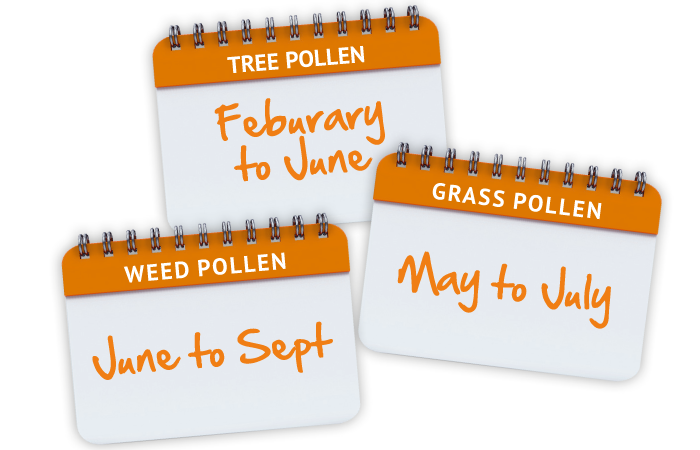