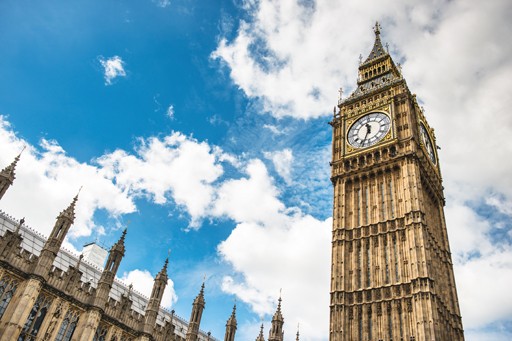 Parliament has discussed the tragic case of a young Durham pharmacist who took her own life in 2015, with a Labour MP drawing attention to wider pressures facing the profession. The Pharmacistsâ€™ Defence Associationâ€™s Mark Koziol said the PDA was â€œacutely awareâ€ of these issues and supports pharmacists affected by mental illness to challenge unfair treatment at work.

Mr Kevan Jones, MP for North Durham raised the case of Alison Stamps, a 33 year old pharmacist who took her own life on 25 May 2015, and commented on the pressures faced by some pharmacists.

Fear of speaking up

Mr Jones said these pressures â€œare putting an increasing strainâ€ on some pharmacist and that regrettably, â€like Alison, many choose not to complain, because they fear that if they do they will lose their jobs or their professional qualifications will be withdrawn.

Â â€œThat is a particular issue in the context of mental health, and in professions such as pharmacy. People remain silent for fear of the consequences of speaking up. I think that pharmacists need a system like the one that has been introduced for GPs.

â€œThe NHS has the GP health service, which is a confidential service for both GPs and traineesâ€¦ [The service] can help doctors with anything to do with mental health, including stress and depression. The effort that has been made to ensure that there is GP support needs to be replicated for pharmacists, because I can say from a personal point of view that, with the best will in the world, giving someone with depression a helpline to ring is not the answer.â€

Mr Jones also raised questions around the role of the General Pharmaceutical Council, saying it is â€œdisappointing that the regulator sees itself as a peripheral player on the issue of workplace pressure and stress, and the pressures put on pharmacists.â€

Parliamentary Under-Secretary of State for Health Jackie Doyle-Price thanked Mr Jones for his question and said the government â€œmust learn the appropriate lessonsâ€ from the case of Alison Stamp. She added that the government planned to do more around mental health, including a Â£15 million scheme to roll out mental health awareness training.

Ms Doyle-Price praised pharmacists for their â€œimportant and precise work in dispensing medication,â€ but suggested that the government could not be held accountable to the same extent as employers: â€œThe hon. Gentleman has asked what more can be done, but from the governmentâ€™s perspective, the buck stops with the employers. It is they who must ensure that there is sufficient mental health support for their workers.â€

Mark Koziol, chair of the Pharmacistsâ€™ Defence Association, said the organisation is â€œacutely aware of how the working environment and management culture within the pharmacy sector can adversely impact on the mental health and wellbeing of pharmacist.â€

He said: â€œThe circumstances surrounding the death of Alison Stamps were a significant factor in the PDAâ€™s decision to donate Â£1 from the membership fee of every single member to the professionâ€™s charity, Pharmacist Support. The problem of mental illness affecting pharmacists at work is not confined to any one organisation and this ongoing donation to support the excellent work of the charity in assisting pharmacists and their families, former pharmacists, trainees and pharmacy students.â€Â

The PDA said in a statement that it had developed a â€œmultifaceted strategyâ€ to â€œimprove the working lives and wellbeing of its members,â€ and that it would encourage â€œan open debate on the issues raised by Mr Jones in his speechâ€.