Last winter saw a London-wide flu jab service available through community pharmacies. So how successful was the scheme and what’s planned for this year? Asha Fowells reports

GETTING A FLU vaccination from a community pharmacy is nothing new. Whether it is a service that permits those eligible for a free NHS influenza jab to walk in and get it at a pharmacy rather than queuing up at the flu clinic run by the local GP surgery, or a private service that enables those who are not eligible under the NHS to pay for the vaccination, pharmacy has been involved in this area for several years.

However last year saw a revolution take place in the form of a pan-London flu service. For the first time, the seasonal flu vaccination service provided by community pharmacies was commissioned right across the capital by NHS England.

Pharmacists who had undergone the appropriate training were able to immunise any eligible person who lived, worked or was educated in London, as well as any patientfacing health or social care staff member who worked in the city. The aim was to raise the immunity level of Londoners by increasing access and patient choice – so how successful was it?

At first glance, it might be easy to be discouraged given that uptake fell short of the national target of more than 75 per cent. However uptake across the country as a whole was slightly down, which Rekha Shah, chief executive officer of local pharmaceutical committee consortium.

In some areas, pharmacies accounted formore than 10% of the total jabs administered

A change in the way patients are notified of their eligibility for a free jab is also likely to have had an impact. This is now the responsibility of individual GP practices rather than the central service engaged by former PCTs. Given that there were no flu outbreaks at all in the capital last winter, “commissioners of the service have said that community pharmacy helped keep uptake steady and felt there was a positive impact on herd immunity, which is great,” says Rekha Shah.

When the figures are scrutinised in a little more detail, there is scope for more optimism. Over 67,000 vaccinations were given during the time the service was being formally evaluated, with the figure topping 75,000 by the time it actually ended. In several areas, pharmacies accounted for more than 10 per cent of the total vaccinations administered. Over 45 per cent of the flu jabs administered in pharmacy were for over-65s, but a not insignificant number – over 38 per cent – were for people aged between 13 and 65 years old in high-risk groups.

Rekha Shah, who is also chief executive of Kensington. Chelsea and Westminster LPC, says that the written evaluation doesn’t necessarily paint the full picture. “In some areas, such as central London, some pharmacies dealt with very few NHS patients but administered a large number of private vaccines.” This is because many pharmacists, having completed the training to administer flu vaccinations, decided to offer a private service to non-NHS eligible patients under a patient group direction. The public health impact is therefore likely to be greater than the figures suggest.

There are certainly areas in which more work is needed to improve the community pharmacy offering. Just over 60 per cent of London pharmacies opted to participate in the scheme, which is a little surprising given that all pharmacies were eligible subject to completing the training requirements.

What is less surprising is that in areas where a lot of pharmacies did opt to take part – Greenwich, Newham and Tower Hamlets CCGs, for example – a significantly higher vaccine uptake rate was achieved compared to areas with a lower number of participating pharmacies, such as Hammersmith and Fulham and Hounslow CCGs.

The uptake in certain patient groups was also not as high as had been hoped. Although there was a slight increase in London among pregnant women (compared to a national reduction in this group), the proportion immunised was still sub-optimal.

This is likely to be due to poor promotion and lack of information given to expectant mothers regarding where to access the service, although the fact that nearly a quarter of all pregnant women who did get vaccinated in the capital chose community pharmacy as the location for their jab illustrates the sector’s reach for this important group.

Uptake among carers rose, but only to 37.9 per cent, well short of the 75 per cent target and a real cause for concern given the potential impact in terms of the care they are able to provide their patients if they fall ill and the risk of them transmitting flu to the individuals they look after.

Similarly, although uptake among frontline healthcare workers reached its highest ever level of 41.1 per cent in London, this is below the average for England and considerably under the target set by NHS England.

The London-wide flu service has been recommissioned for 2014-15, but in a slightly different form. This year, the service is being expanded from the previous inclusion criteria to include:

• Vaccination against shingles for individuals aged 70, 78 or 79 years

• Pertussis vaccination for women from 28 weeks of pregnancy and new mothers who have not previously been vaccinated against the disease.

The overriding ambition is to make every contact count by offering the opportunity for eligible patients to receive two to three vaccinations in one go, says Rekha Shah. Pharmacies will be able to offer all the above under a private PGD – should they choose to do so – with the exception of Fluenz due to potential supply issues, she says.

To reflect the greater range of patients included as part of the scheme, participating pharmacists are required to undergo training in basic life support and management of anaphylaxis in people aged from two years.

One of the most exciting things about the London scheme – now known as the London Pharmacy Vaccination Service – is the possibilities. There seems to be an enthusiasm for joined-up working across clinical commissioning groups, closer working between pharmacies and GP practices, as well as recognition at a senior level of the contribution community pharmacy can make in terms of public health interventions. Maybe this, finally, marks the dawning of a new era of pharmacy services. 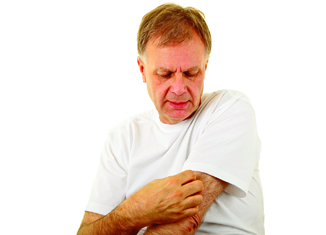