A new sore throat ‘test and treat’ pharmacy scheme is intended to help manage public expectations around antibiotic use. But will it reassure patients that they may not need antibiotics or even be commissioned by CCGs? 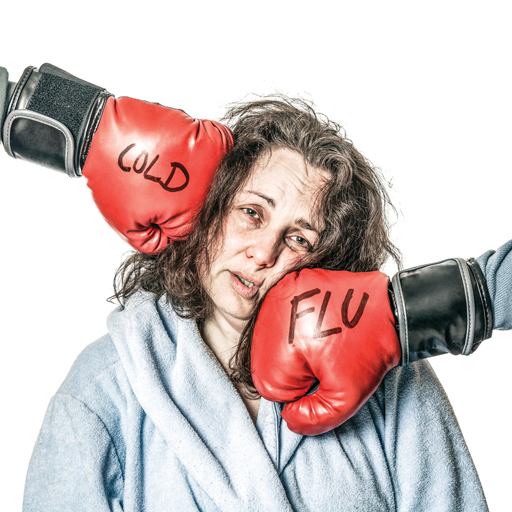 After reading this article you will understand:

Recent studies suggest that some GPs are still bowing to pressure from patients to prescribe antibiotics for colds, flu and sore throats, despite growing concerns over antimicrobial resistance and against NICE recommendations.1

One such survey of 1,000 people found that nearly half (46 per cent) had been prescribed antibiotics for a sore throat, while 30 per cent had been advised to use antibiotic lozenges, despite the fact that the vast majority of sore throats are caused by viral infections.2 Another study reported that 42 per cent of those with runny noses, colds or coughs took an antibiotic for the infection, as did 54 per cent of those with flu symptoms and 62 per cent suffering a sore throat.3

This survey of 1,625 people published in Family Practice also found widespread ignorance of antimicrobial resistance. Only 8 per cent of those prescribed antibiotics recalled receiving information about antibiotic resistance and more than half (54 per cent) did not know that healthy people can carry antibiotic-resistant bacteria. However, the study also found that this is an area where the pharmacist can play a key education role because most people (66 per cent) said they trusted pharmacists’ advice on antibiotics.

According to Public Health England (PHE), one-third of the public still believes that antibiotics will treat coughs and colds, and one-fifth expects antibiotics when they visit the doctor with a cough or cold.4 Yet if the problem of antibiotic resistance is not addressed urgently, PHE says routine operations could become deadly in just 20 years as doctors lose the ability to fight infection. Failure to address the problem of antimicrobial resistance, it says, could result in 10 million deaths by 2050.4

So the news last month was encouraging that fewer antibiotics are being prescribed by doctors in England for the first time, according to PHE. The figures revealed that antibiotic prescribing decreased by 4.3 per cent from 40.7 million to 38.5 million between 2014 and 2015, marking the first ever decline in antibiotic prescriptions across the healthcare system.

Welcoming the news, Professor Gillian Leng, deputy chief executive, NICE, said: “This new data shows that our attitudes are changing for the better. Now we must work hard to maintain this momentum.” NICE is currently seeking comments on proposed management of common infections guidelines, which will provide evidence-based advice on how common infections can be managed, with the purpose of tackling antibiotic resistance.

Pharmacists can support local GP practices and CCGs, it says, by providing effective self-care advice and reassurance, advice on what warning symptoms patients should look out for and appropriate referral where required. They can also reduce inappropriate antibiotic prescribing for flu symptoms by increasing uptake of flu vaccination.

“About 1.5 million people walk through pharmacy doors daily and we have face-to-face interaction with patients on a regular basis, so we are well-placed to educate them about winter ailments and the correct use of antibiotics, says Leyla Hannbeck, National Pharmacy Association chief pharmacist.

“Communication and managing the expectations of customers is key. Patients will ask for antibiotics for winter ailments because they believe they will do them some good but, by asking questions about their symptoms, pharmacists can help them to understand that an antibiotic is not the right choice and that their condition is likely to get better by itself.”

It is important to give people realistic advice about how long their cold or flu can take to go, adds Angela Chalmers, Boots pharmacist and spokesperson. “We should explain about post-viral symptoms, especially a cough that can take a few weeks to clear up, and talk about how a healthy balanced diet and enough sleep can support the immune system and make people feel better. Supplements may help those who need that extra support.”

Independent pharmacist Noel Wicks says it can be difficult raising the issue of antibiotic resistance with patients partly because, in many people’s minds, viruses and bacteria come under a general heading of ‘bugs’.

“The key is to explain, in simple terms, the difference between viruses and bacteria. This then leads on to why antibiotics won’t work for viral conditions. I explain the different product options for their symptoms and then suggest which one might be the most appropriate as well as what to do if symptoms worsen. In this way, patients have a series of steps and approaches to try as part of a self-management solution and so feel more confident and more empowered to manage their symptoms themselves rather than the default of going to their GP.”

Terry Maguire, owner of two pharmacies in Belfast, believes that, when you want to achieve change, you have to demonstrate to people very clearly that what you have to offer is actually superior. “So if you are offering symptomatic relief, for example, it has to be effective,” he says.

Many people won’t experience symptom relief from OTC medicines if they don’t get sufficient advice in the pharmacy about which products are effective for their particular symptoms, he says. “It is important that pharmacists help customers to choose the right medicines to reduce their specific symptoms and this means having a bespoke approach for each individual.

“Most people expect treatment to work in terms of cure by the end of the first week. That’s just unachievable, so we need to be explaining that clearly to customers. You also have to be firm in telling them there is no evidence whatsoever that antibiotics are of any use for most winter ailments. You need to be realistic, supportive and honest with customers.”

Maguire says one effective way of changing behaviours is by translating science and evidence into powerful stories. “For example, you can help people understand the message about antibiotic resistance by explaining that their much loved granny may go into hospital and not come out again if she catches an infection like C. difficile that can no longer be treated by antibiotics.”

“Pharmacies are well-equipped to educate patients about the whole antimicrobial resistance issue and there are plenty of materials out there explaining that antibiotics don't help with viruses,” says Leyla Hannbeck.

“All pharmacy teams need to be well trained. New research is being published all the time, which means it is important to stay informed and up-to-date about antibiotic resistance so the right information can be passed on to patients.”

The general message is if we don’t treat antibiotics with respect now, we are going to lose them and quickly, says Professor Rob Darracott, chief executive of Pharmacy Voice. “We haven’t had any new significant antibiotics in the last quarter-century, so we need to explain to people why they must only take them when they are going to be effective.

“It is important that pharmacists do this in a gentle way – a lot of it is about nudging people to gradually change their perceptions over time. We must not appear to be heavy-handed because we want to have a conversation with people as adults rather than in a patronising ‘parent-child’ way, which simply doesn’t work.”

According to independent pharmacist Steve Riley, people with winter ailments should be offered supportive, symptomatic therapy, such as paracetamol and decongestant remedies, as well as advice such as keeping hydrated. It is also important to ensure that patients with respiratory conditions who have been prescribed rescue packs of antibiotics understand when and how to use them and know when they need to see their GP for review or support.

When patients are prescribed antibiotics, it is important to ensure they understand how to take them correctly and to finish the course as people using them incorrectly or half completing courses can add to resistance. Patients should also be advised not to share antibiotics with friends and family.

At a broader level, pharmacists can take part in local campaigns with local authorities and CCGs to increase patient awareness and help to deliver consistent messages across various health professionals. They can also become Antibiotic Guardians as part of the public health initiative that promotes messages to support antibiotic resistance strategies. The Antibiotic Guardian website6 also has links to free resources and other campaign materials.

In November NHS chief executive Simon Stevens announced the launch of a sore throat ‘test and treat’ scheme, a walk-in, locally commissioned, community pharmacy service, where patients are tested to determine whether or not they need antibiotics.

The initiative is part of the NHS Innovation Accelerator scheme, designed to help with the adoption of new treatments and technologies, but received a mixed reaction from pharmacy bodies in view of the current funding cuts.

The service was piloted for six months at 35 Boots pharmacies. It involved giving patients a throat swab test to find out if their symptoms were caused by a virus or bacterial infection, with results provided in five minutes. Those patients suffering from a bacterial infection were prescribed antibiotics by the pharmacist.

The findings, published in the Journal of Antimicrobial Chemotherapy5, revealed that two-thirds of the 367 patients who received the service would have seen their GP but did not need to do so as their sore throat was viral. It is estimated that rolling the service out nationally could save 800,000 GP consultations, equating to £34m a year.

Patients using the service reported a highly positive experience, noting the convenience of having a local walk-in screening service compared to taking time off work to attend a GP consultation.

However, schemes such as this are just the “tip of the iceberg” of the benefits pharmacies can deliver, said Ian Strachan, NPA chairman. “Sustained investment in local pharmacies is needed to unlock that potential.”

Patients are still asking for antibiotics for winter ailments

Winter ailments: Stepping up to the challenge