People often get confused regarding the terms used to describe GI disorders, so it is vital to correctly identify a customer’s particular problem in order to provide appropriate advice and treatment. 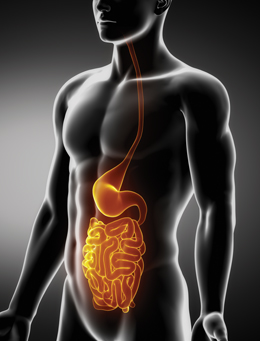 The terms to describe upper GI disorders can often be used incorrectly by patients seeking advice, so it is important to first establish exactly what symptoms they are experiencing.

Indigestion or dyspepsia refers to pain or discomfort in the upper abdominal area after eating, while heartburn refers to the burning pain felt behind the sternum associated with acid reflux. This is often accompanied by nausea, water brash or regurgitation of acid or bile.

Dyspepsia usually occurs when stomach acid irritates the stomach lining, oesophagus or top part of the bowel, perhaps after a heavy meal, whereas most cases of acid reflux or gastro-oesophageal reflux disease (GORD) occur due to weakening of the lower oesophageal sphincter.

GORD is caused by acid leaking up from the stomach and coming into contact with the oesophagus. While the stomach is able to withstand litres of acid without pain, the gullet is not.

There is a high burden of upper GI problems in this country:
• Between 20 and 40 per cent of the population suffer regularly from dyspepsia
• One in five people experience at least one episode of GORD a week, with one in 10 affected on a daily basis
• Heartburn and indigestion account for 5 per cent of all GP consultations
• GORD has a significant impact on quality of life and productivity, with sufferers reporting impaired sleep and interference with social activities and work
• Acid reflux tends to affect both men and women more or less equally, although it may be slightly more common in men.

Although dyspepsia and acid reflux are distinct conditions, they can have similar triggers, including certain foods, alcohol, caffeine, stress, being overweight or obese and certain medications. Unsurprisingly, the increase in unhealthy lifestyles and obesity is contributing to a rise in prevalence of both.

In addition, prescribing has increased for cardiovascular drugs such as calcium channel blockers and nitrates, as well as non-steroidal anti-inflammatory drugs (NSAIDs), steroids and selective serotonin reuptake inhibitors (SSRIs). These medicines can relax the lower oesophageal sphincter as a side-effect and allow stomach acid to pass upwards into the oesophagus.

Lifestyle modifications can help to ease the severity of symptoms of GORD and dyspepsia, although many patients will also need to take medication. For example, eating smaller, more frequent meals can help to control reflux and indigestion by reducing pressure on the abdomen, as can avoiding dietary triggers, such as coffee, alcohol, citrus fruits, chocolate and fatty foods. These may relax the lower oesophageal sphincter and/or delay gastric emptying.

Giving up smoking may also help, as smoking can exacerbate GORD symptoms by relaxing the lower oesophageal sphincter. Losing weight, if overweight or obese, should also help to control symptoms, but sufferers should avoid over-exertion and exercises like sit-ups, as these can provoke acid reflux.

The symptoms of GORD are often worse at night, especially for overweight individuals, but raising the head of the bed by 20cm by placing blocks underneath it may help. Propping the head up with pillows is not advisable as this may put extra pressure on the abdomen. It may also be beneficial to avoid wearing tight clothes, stooping or bending forwards.

Patients should be referred to their GP if they are having frequent or severe symptoms and relying on OTC medication on a weekly or daily basis. NICE guidance lists ‘red flag’ symptoms that require urgent referral as:
• Persistent indigestion for the first time in people over 55 years of age
• Passing blood or black, tarry stools
• Vomiting blood
• Progressive, unexplained weight loss
• Difficulty swallowing
• Persistent vomiting
• Progressive dysphagia.

Stress is another contributing factor as it can increase acid production by affecting the motility function of the digestive tract, interfering with its rhythmic movements. Managing stress may therefore help to reduce symptoms.

While the majority of GORD sufferers will not experience any complications if given symptomatic treatment, repeated exposure of the oesophagus to acid can cause damage in some individuals, such as oesophageal ulcers, stricture and, rarely, Barrett’s oesophagus. Ulcers may bleed, causing pain and swallowing difficulties (dysphagia), while a stricture can make swallowing food difficult and painful.

Pregnancy is a strong risk factor for acid reflux for two reasons:
• Hormones released during the first trimester can have a relaxing effect on the lower oesophageal sphincter
• During the latter stages of pregnancy, the developing baby can put increased pressure on the abdomen.

Women who have previously suffered from GORD are more likely to experience it during pregnancy than those who have not, but symptoms usually return to normal after birth. Dyspepsia symptoms, such as bloating and feeling full quickly after eating, are also common in pregnancy.

Alongside lifestyle measures and reviewing POM medication, the first-line treatment options for mild to moderate GORD and dyspepsia are antacids and alginates.

Antacids are alkali liquids or tablets that provide immediate relief by neutralising excess stomach acid, although the effects are often short-lived so extra doses may be needed. Care should be taken to avoid taking antacids alongside other medicines as they can interfere with absorption or damage the coating of certain tablets.

Alginates protect the oesophagus by forming a barrier or ‘raft’ over the top of the stomach contents, helping to suppress the backflow of acid.

Antacids and alginates are available in combination to provide dual action relief against both heartburn and indigestion.

For patients with persistent symptoms that are not relieved by antacids or alginates, acid suppressants are available, including histamine H2 receptor antagonists (H2 blockers) and proton pump inhibitors (PPIs). H2 blockers, such as cimetidine, famotidine, nizatidine and ranitidine, prevent the parietal cells in the stomach from responding to histamine by releasing acid.

PPIs, such as lansoprazole, omeprazole, pantoprazole, rabeprazole and esomeprazole, are more commonly prescribed or recommended for managing GORD than H2 antagonists, and are also used in therapeutic approaches to treat H. pylori infections. They work by stopping the production of stomach acid by inhibiting the hydrogen-potassium adenosine triphosphatase enzyme system, otherwise known as the ‘proton pump’.

This reduction in acid production reduces reflux symptoms, helping to heal the oesophagus as well as ulcers in the stomach or duodenum.

While PPIs are well tolerated in most individuals and can have a postitve impact on quality of life, overuse can lead to complications – and there is a tendency for them to be overused. Long-term use can lead to both osteoporosis, because the reduced acidity can inhibit calcium absorption, and more rarely, gastric polyps.

PPI prescribing has risen considerably in recent years. Omeprazole and lansoprazole are among the most dispensed items in primary care. Over 50 million prescription items for PPIs are issued annually.

NICE guidance recommends that PPI use should be reviewed annually with the aim of returning to self-care with antacids and/or alginates. Community pharmacists have an important role in reducing unnecessary PPI use in accordance with the latest NICE guideline on dyspepsia, especially as it is estimated that around half of patients taking PPIs don’t actually need them.

In many cases, patients can get adequate symptom relief from antacids and alginates, especially if they are experiencing regurgitation, but there is a strong perception that these medications are less powerful than PPIs – a point of view that pharmacists could help to redress.

If other treatments fail to provide relief from upper GI symptoms, GPs may prescribe a short-term course of prokinetics, such as domperidone and metoclopramide. These speed up the emptying of the stomach contents so there is less opportunity for the acid to irritate the gullet. These medicines are particularly effective if the patient has marked belching or bloating symptoms.

Prokinetics have been associated with extrapyramidal symptoms in a small number of individuals, especially people under 20 years of age, but these usually subside within 24 hours of stopping the medication.

Surgery is usually only recommended in cases of GORD that fail to respond to drug treatments. Laparoscopic nissen fundoplication (LNF) is one of the commonest surgical techniques used to treat GORD but a number of new non-invasive surgical techniques have been developed over the past decade. These include the endoscopic injection of bulking agents, augmentation with hydrogel implants and radiofrequency ablation.

Trials are also currently taking place looking at alternative drugs that act on the lower oesophageal sphincter rather than on stomach acidity, but these are likely to be many years away from commercial development.

Proton pump inhibitors could be associated with an increased risk of myocardial infarction and cardiovascular mortality. GORD patients who had taken PPIs were 16 per cent more likely to have a MI than GORD patients who did not use PPIs, research has found.

PPIs have also been associated with a doubling in cardiovascular mortality after allowing for other co-morbidities, while PPIs and H2 receptor antagonists could increase the risk of bacterial gastroenteritis, although more research is needed to establish a connection.

Meanwhile, a study published in the journal Gut last year identified an association between long-term use of PPIs and a higher risk (more than double) of developing stomach cancer, even after the removal of H. pylori.

Daily use of PPIs was associated with a risk of stomach cancer that was more than four times higher than for those who used the drug class weekly. Similarly, when a PPI was used for more than a year, the risk of developing stomach cancer rose five-fold, and as high as eight-fold after three or more years, the findings showed.

While more research is needed to confirm the possible link, the researchers felt that doctors should exercise caution when prescribing long-term PPIs, even after successful eradication of H. plyori. 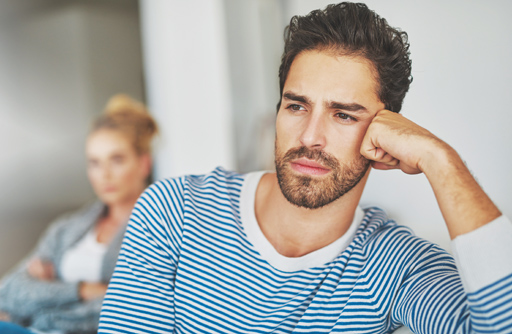 Nutrition: The fat of the land

Heart of the matter