The robots are coming...

Almost 70 per cent of community pharmacies in Denmark use automated dispensing technology, while in the rest of mainland Europe the figure stands at 30-40 per cent. So why is UK pharmacy lagging so far behind? 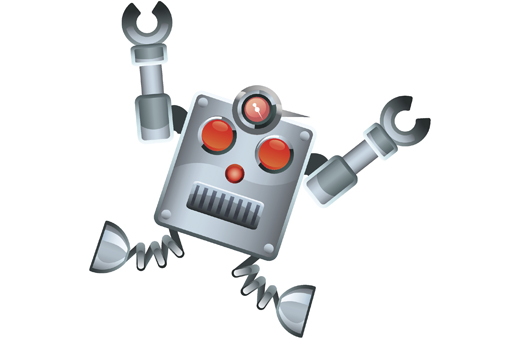 Another fan of automation is David Vanns, director of operations at regional multiple Weldricks. When asked if it is too soon to be investing in technology given the funding cuts, his emphatic reply is – “absolutely not”.

Weldricks owns 65 community pharmacies throughout South Yorkshire, several with dispensing robots, as well as a robot in a centralised dispensing hub that manages most of the company’s repeat dispensing.

“Aside from the annual investment allowance of £200,000 per year that allows businesses to invest money tax free into plant and machinery, look at the increasing prescription volumes – we are all under time pressure,” says Vanns. “Technology allows pharmacists to remove themselves from dispensing, allowing them to have more of an overview of the business, and it provides an opportunity to use their clinical skills.”

One concern pharmacists always have about automation concerns reliability. “Dispensing robots are very stable and run close to 100 per cent without failure,” says Michel Jürgens.

In the unlikely event that something does go wrong, Becton Dickinson (which claims to be the largest service force in the UK) estimates that most problems can be fixed within four to eight hours, with over 85 per cent of cases done remotely.

Key to the smooth running of the technology is regular maintenance, so a monthly maintenance fee is another cost to consider.

The level of cover is detailed in a service level agreement, which, in the case of BD, includes preventative and predictive maintenance via the remote monitoring of 12 robot parameters. This means stability issues can be identified early and downtime avoided.

Another worry is how to offset costs. The savings available depend on how the business is run, says Jürgens, but pharmacies can significantly reduce the time spent on stock management.

Other benefits include fewer drugs going out of date, as the robot works on a ‘first in, first out’ basis, and the level of stock may be able to be reduced, freeing up cashflow.

Fewer people are also required in the dispensing process, or the same number of people could be used to dispense more prescriptions, as pharmacies typically see a 10-15 per cent increase in the number of items after installation. Michel Jürgens attributes this to reduced waiting times, which attracts more patients.

The time saved with technology equates to around one full-time equivalent member of dispensing staff, says David Vanns. His preferred option is to redeploy them within the business.

“It is not about reducing headcount in the pharmacy,” says Jürgens. “It is about using the headcount you have in a more efficient way so you can grow your business. Consumers want something different today, which explains why online pharmacies are growing rapidly. This is something community pharmacy must take very seriously.

“Everyone is afraid that Amazon is coming in, but if we continue to hand over boxes in pharmacies without guidance, why wouldn’t healthcare consumers just get [their medication] from Amazon? We need to change that.”

Anyone thinking of investing in technology needs to know if that investment is going to be viable. “Typically, pharmacies doing above 8,000-10,000 items per month get significant benefits from automation, as they have a level of complexity in the business. However, some who are doing around 6,000 items are also very satisfied,” says Michel Jürgens.

David Vanns agrees that the pharmacies most likely to benefit would be dispensing around 10,000 items per month, but adds the caveat that “it depends on the reasons you want a robot”. Pharmacies doing fewer prescriptions may also benefit depending on what they want to achieve, he says.

With sizes available ranging from a small mini-van to a double decker bus, and prices to match (£50,000-£500,000), “you can enter this market at a reasonable price level”, Jürgens says.

Robots can be purchased at significantly lower costs than a few years ago, as hardware and maintenance have been reduced by around 25 per cent – so owning a dispensing robot is now more feasible than ever.

However, Jürgens is keen to emphasise that this shouldn’t be about cost but return on investment. In his experience, pharmacies can pay off their dispensing robot within one to three years.

Other elements involved in managing staff when change is introduced are also important, says Vanns. Weldricks has put together a manual to explain what will happen and why when a robot is installed, provides staff training and involves them in the implementation. Automation increases employee satisfaction, as “a lot of stress is removed, and fears about possible job losses are usually unfounded”, says Jürgens.

The changes also impact on the public, who mostly welcome the use of technology. Again, engaging them in the process is useful, which Weldricks does by running a ‘name the robot’ competition with local schools. In addition, because the use of a robot changes the workflow in the pharmacy, a refit is usually required. “This makes the whole experience better for patients and as it is more efficient and reduces waiting time,” says Vanns.

Hub of the matter

Weldricks also operates a dispensing hub, which has greatly improved efficiency. “We have introduced technology as it makes businesses better at what they do, and it is efficient and cost-effective. In an environment where income is reducing, we feel we should be able to survive it on that basis,” explains Vanns.

As for patient interactions with hub and spoke, he doesn’t see a problem. “We may need to ask patients if they would like to come in for, say, a MUR, but that responsibility is placed on branch staff, to ensure patients are seen at intervals appropriate for their medication.”

Independents could also benefit from hubs if they collaborate, Vanns says. He describes the postponement of legislation that would have allowed them to operate hubs as “worse than a mistake”.

“International businesses like Amazon, which are allowed to pool their global knowledge and offshore their taxes, can set up central hubs, yet people who are currently in the business are legally banned from doing the same thing. This needs to change to create a level playing field.”

The pooling of knowledge and resources could be important for regional multiples like his, and for independents, he says.

Automated dispensing offers an opportunity to change how pharmacy works

In financially uncertain times it might seem counterintuitive to invest in new technology, but Michel Jürgens urges pharmacy owners to think again. “A lot of people are afraid of investing because of an unknown future, but some will invest so they are prepared for the future,” he says.

“The business challenges are to look carefully [at investing] and don’t dismiss it immediately. Look at what you are doing today and think about how you could improve that with technology. Look at consumers compared to three or four years ago, look at the marketplace, and look at the environment in your local community,” he advises.

Pharmacy needs to embrace the inevitable, says David Vanns. “For me, the thing that stands out about technology is that in the last 40 years the rate of change has been phenomenal. It is now exponential, so we will see the same scope and level of change in the next 15 years as we have in the past 40. If you are going to be in business, you’ve got to accept that as a fact of life, address technological change issues and get up to speed.”