Pharmacy Voice chair Claire Ward made an impassioned plea at the Sigma conference for the sector to show unity in order to face the challenges ahead and said she wouldn’t “dwell” on the demise of Pharmacy Voice following the NPA’s decision to withdraw funding for the lobbying group.

“Whether Pharmacy Voice exists as the vehicle to support, represent and deliver change on behalf of community pharmacy is no longer the issue. The question is whether the sector still has an important journey to go on collectively. And if so, how does it find a new mode of transport when the Pharmacy Voice vehicle is left by the side of the road.” This was something for the profession to decide in due course, she said.

Ms Ward suggested that pharmacy’s failure to get its message across is reflected in the Government’s stance towards it. “It is astonishing that the sector has been unable to place itself in a position where the NHS and Department of Health aren’t knocking on our door, saying ‘how can you help us’.”

The funding cuts indicate a lack of real understanding of pharmacy’s potential and there is a long way to go to persuade policymakers of the value of the pharmacy network. However, the Community Pharmacy Forward View is a key document in response to this concern. “It is the one thing the whole sector has signed up to and is an attempt to master its own destiny and talk the same language as the NHS.”

Ms Ward warned not to let the Government exploit the differences between multiples and independents and divide the sector. “We know there are different hurdles that independent and multiple contractors are going to face and they have different ways of working. But do not let those differences be the reason for the sector not to come together so that everyone can benefit, especially patients.”

The journey is not about individuals – it is about the sector, she said. And what NHS England and the Department of Health want above all is a united sector.

Be fired up and ready

Picking up on Ms Ward’s point that the challenge for pharmacy is to “mainstream” new ideas and practices so they are delivered consistently and extensively in order to be taken seriously by NHS England, Fin McCaul of Prestwich Pharmacy said that supply is no longer the key imperative for the Department of Health. Instead it is about improving patient outcomes.

In his view, pharmacists are not that far away from delivering the aspirations of the Community Pharmacy Forward View. “You are doing it every day,” he told delegates. But the profession has to be “fired up and ready to deliver new services, or we’re on the wrong journey.”

Closing the conference, Ms Ward said pharmacy could not wait until the judicial reviews are decided before deciding on a way forward. It has to find ways of talking to commissioners now. And while the NPA had fought a “fantastic” campaign against the pharmacy cuts, it had not given ministers or the sector the wins they are looking for.

“It is right that the NPA is fighting to protect the interests of independents. But we have to fight for the whole sector, too.” 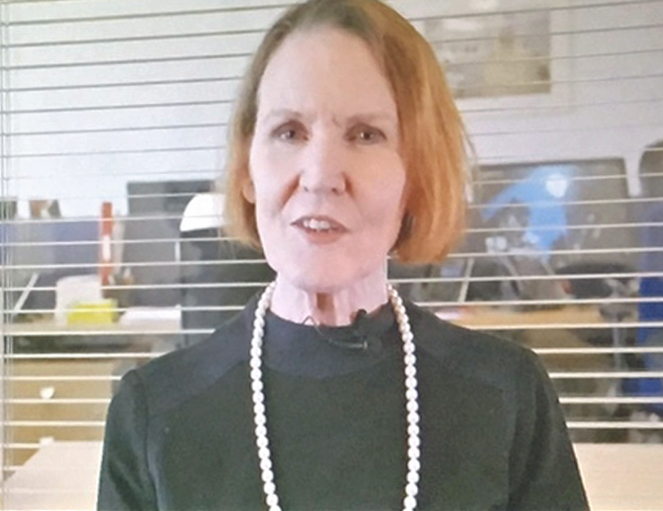 Next four months will be "very difficult" warns Sharpe