With 7.6 million people estimated to still smoke in the UK, spending cuts by local councils are hitting stop smoking services hard. So how can pharmacies reach these hardcore smokers?

Yet in England alone, despite such positive developments, smoking still caused about 79,000 deaths and 474,000 hospital admissions during 2015 and it remains the leading cause of preventable premature death in this country.

Several factors, including increased taxation, education, legislation and local smoking cessation services, have contributed to the marked fall in smoking since the 1970s. More recently, e-cigarettes have hastened tobacco’s declining popularity. According to Government statistics, 5.6 per cent of adults in Great Britain (around 2.9 million people) used e-cigarettes in 2016, with roughly half of current and ex-smokers (50.1 and 48.2 per cent) saying that aiding cessation was their main reason for using them. Perceiving that e-cigarettes are less harmful than tobacco was the second commonest reason among current and ex-smokers (18.1 and 35.2 per cent).

Data from ASH1 paints a slightly different picture, however, with the top reason smokers and ex-smokers gave for using e-cigarettes being to save money compared with smoking (36 and 40 per cent respectively). In addition, 42 per cent of current smokers said they used e-cigarettes “to help reduce the amount of tobacco smoked, but not to stop completely”.

“There is a general consensus among leading public health organisations – including Public Health England, the Faculty of Public Health, the Royal College of Physicians and ASH – that e-cigarettes are significantly less harmful than smoking,” says Deborah Arnott, chief executive at ASH. “There is good evidence that smokers find e-cigarettes helpful aids to quitting. In fact, e-cigarettes are now the most popular aid to quitting among smokers in England.”

NICE guidance, which is expected in March next year, will probably recommend offering advice on e-cigarettes to facilitate informed choices about the best way to stop smoking, says Deborah Arnott. “It is unlikely that e-cigarettes are completely harmless,” she says.

“E-cigarettes should only be recommended to existing or ex-smokers who are looking for something to help them avoid smoking. If used to help smokers quit completely, e-cigarettes can improve health by ending a smoker’s exposure to very harmful tobacco smoke.”

Despite e-cigarettes’ increasing popularity, pharmacotherapies remain invaluable when it comes to smoking cessation. For instance, a recent Cochrane meta-analysis2 found that standard dose varenicline more than doubled (relative risk [RR] 2.24) the likelihood of continuous or sustained abstinence at six months or longer. Varenicline was also 39 per cent more effective than bupropion (based on abstinence at six months) and 25 per cent more effective than nicotine replacement therapy (NRT) at 24 weeks.

Nausea, the commonest side-effect associated with varenicline, tends to be mild to moderate and generally subsides over time. More recent research failed to confirm early concerns about suicidal ideation and behaviour. The review notes, however, that this evidence is “not conclusive” in patients with past or current psychiatric disorders.

Cytisine may soon offer another way of supporting people to quit. Like varenicline, cytisine is a partial agonist at nicotinic acetylcholine receptors and, like varenicline, increasing evidence suggests that it is clinically effective. For example, the Cochrane review found, based on two trials, that people taking cytisine were four times more likely to stop smoking compared with placebo at the longest follow-up in the studies. Another trial found that cytisine was 43 per cent more effective than NRT at six months. The major side-effects seem to be self-limiting gastrointestinal and sleep disturbances.3 Nevertheless, the Cochrane review suggests that further studies need to, for example, evaluate extended treatment and cytisine use combined with more intensive behavioural support.

Cytisine was developed and marketed to treat tobacco dependence in Bulgaria in the 1960s and is currently also available in Poland, Latvia, Lithuania and 13 non-EU countries. Cytisine is generic but the Extab Corporation aims to obtain marketing approval for a patent-protected version in the US, EU and Japan.

Naltrexone’s benefits seemed to be especially marked in people with “hedonic eating behaviour”, which seems to be driven by the endogenous opioid system. This suggests that naltrexone may be especially effective in women and overweight or obese people. Further investigations, such as combinations with varenicline, seem warranted.

Despite the successes, disinvestment in smoking cessation services – not to mention the financial uncertainties in the community pharmacy sector – may hinder the ability to deliver current and future advances. ASH notes that central Government cuts forced some councils to reduce spending on public health services, including sexual health clinics and smoking, alcohol and drug services. Figures for 2016-17 show that the number of people accessing smoking cessation services fell for the fifth consecutive year.

“Unfortunately, as budgets are cut, it is often stop smoking services that are hit earliest and hardest,” Deborah Arnott comments. “NICE estimates that every pound invested in smoking cessation generates £2.37 in benefits. We also know that smokers are four times more likely to succeed in their quit attempt if they receive support from a trained smoking cessation professional and use NRT or varenicline.”

Diabetics may be at increased risk of tobacco addiction

People with type 2 diabetes seem to metabolise nicotine faster than people without diabetes, which could increase the number of cigarettes they smoke and their risk of addiction, according to Nicotine & Tobacco Research.5

"In the Tobacco Control Plan for England, the Government sets ambitious targets for reducing smoking prevalence. These will only be met if the Government pursues a comprehensive strategy, including reducing the affordability of tobacco through increased taxation, regular mass media campaigns to encourage quitting and discourage young people from taking up smoking, and adequate funding of stop smoking services.”

Pharmacists are part of this comprehensive strategy. “Many pharmacists have been trained to provide advice to smokers on how to quit,” says Arnott. “When dispensing medicines, all pharmacists should be asking patients about their smoking status. They should encourage smokers to make a quit attempt and outline the many health benefits of quitting, including reducing the risks of cancer, heart disease and strokes, and improving respiratory health.

“Community pharmacists should also be aware of the local options regarding stop smoking services and for getting medications on prescription. If these aren’t available, or the patient is unwilling, it is appropriate to tell smokers that e-cigarettes have been shown to be a helpful aid to quitting and that they are significantly less harmful than smoking.”

Recently, public health organisations have begun envisaging the “tobacco end-game”, where tobacco-containing products will become tightly restricted and, over time, eliminated. It is a remarkable about-face. In 40 years, smoking has been transformed from an ordinary activity indulged in by half the population to the point where a tobacco-free future is a realistic prospect. It is not a moment too soon.

The NiQuitin Extra Fresh Mint gum launch is being supported by training guides, some of which use smart picture technology. This allows pharmacy teams to scan a picture in the training guide to take them to a specific page with concise advice on smoking cessation and, by putting in their own pharmacy postcode, they can find out how many smokers are still actively smoking in their area who could be looking to quit.

Smoking cessation is a support driven category – could this be why pharmacy is in such a strong position to help smokers overcome their addiction?

While stop smoking products may be cheaper and more accessible in a supermarket, customers aren’t able to access the advice that is available in a pharmacy, she says. One-to one support will go a long way, particularly with those just starting out on their quit attempt. 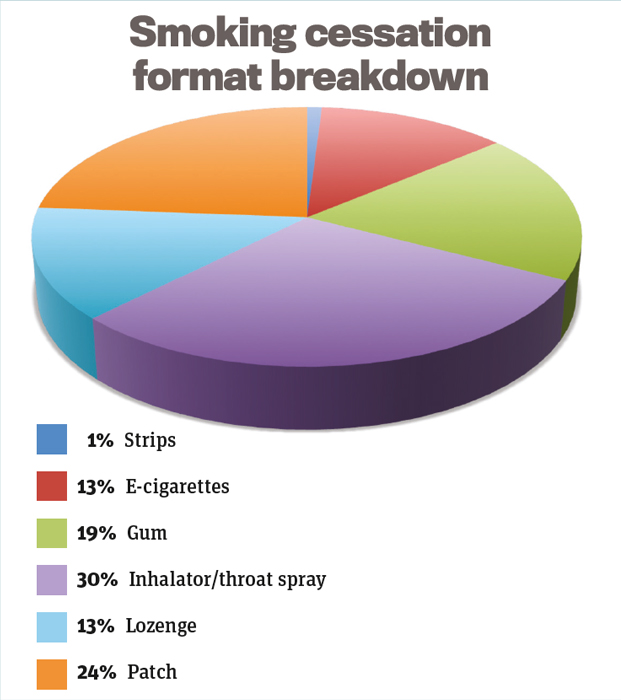 Stock higher strength craving relief in multiple formats to support those beginning their quit journey, she says, and consider running a stop smoking service to offer customers that one-to-one support on an ongoing basis. “The person will feel as though they have a shoulder to lean on and you will gain ongoing loyalty and customer satisfaction.”

E-cigarettes are still causing much controversy in the pharmacy market, she says, with many companies having different opinions on the success and safety of the products. It is a personal call as to whether you wish to stock them, she says. “If you do decide to include them in your range, it is important to be aware of the regulations surrounding the sale of e-cigarettes, as it is illegal to sell them to anyone under the age of 18 years. Ask for ID if you are unsure of the age of a customer.”

Further information about the regulations surrounding e-cigarettes can be found here.

Stop smoking products can be quite expensive and in high demand, particularly in quit ‘seasons’, so try to position them in sight of the counter to avoid theft, particularly if including e-cigarettes on the fixture. Use point-of-sale displays on the fixture to advise on the different formats and how each one works. This gives customers the opportunity to speak to the pharmacist or help themselves.

“In the planogram below, we have merchandised firstly by format, as this is the first decision a shopper makes when looking to buy into NRT, before focusing on brand choice and finally product strength and size. We begin with the quick fix solutions at eye level on the fixture to avoid customers having to search for relief they require immediately. We then follow with long-lasting all-day relief via patches and lozenges, and finally finish the fixture with e-cigarettes.” 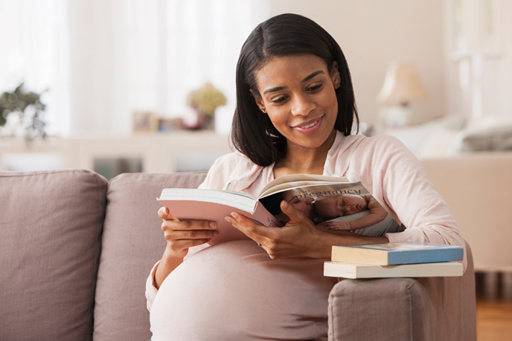 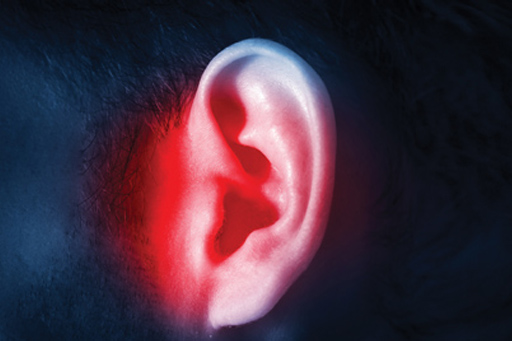