Ear problems are a common occurrence. Most children will experience at least one ear infection, while adults often have issues with hearing loss due to age or noise exposure

Unlike eyes, there is no national recommendation regarding regular hearing tests, so ears can often be overlooked and ignored until something goes wrong. Given their importance, let us consider the ear conditions you are most likely to be asked about and how pharmacy teams can help those affected. 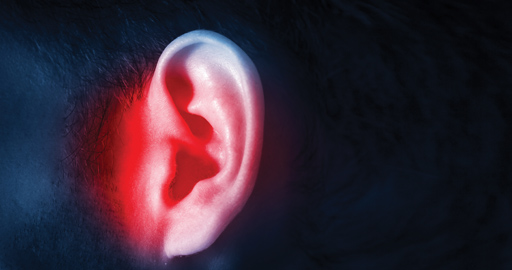 Problems associated with excess wax account for the majority of queries when it comes to ears. Earwax helps to protect and clean the ears and, while it usually disperses naturally, it can sometimes become impacted, causing symptoms such as earache and temporary hearing loss. When this occurs it can be tempting to use a cotton bud or finger to try and clear the ear – but this can make the situation worse and possibly even damage the ear.

People affected by an earwax blockage are encouraged to visit a pharmacy as their first port of call, as OTC ear drops are often sufficient to treat the problem. With regular use, the wax should dissolve or fall out after about a week.

When a customer presents with ear discomfort, it is important to check there is nothing more sinister causing their symptoms, says pharmacist Bina Patel. “Normally we check if the person has any kind of symptoms or has a history of ear problems. I also examine their glands to see if they are swollen. If these things are ruled out and earwax suspected, I give the person something to soften the wax, such as hydrogen peroxide or olive oil drops.”

Otitis externa, more commonly known as ‘swimmer’s ear’, is marked by inflammation of the external ear canal. Symptoms include pain (which can be severe), itching, discharge and temporary hearing loss. If treated with ear drops, swimmer’s ear usually clears up within a couple of days.

The term swimmer’s ear is used because repeated exposure to water is a risk factor. However, it can also be caused by fungal infections and allergies, disproportionately affecting those with eczema, asthma and allergic rhinitis.

“Swimmer’s ear probably occurs because there is water present and the outer ear or inner tube is blocked,” says Bina Patel. “However, for some people it is actually the sinuses that get blocked, and they’re sensitive to chlorine and don’t realise it. I tend to advise someone to wait and see, and if it doesn’t settle in 24 to 48 hours, I might recommend an acetic acid preparation.”

Infection of the middle ear (otitis media) affects young children with particular frequency – especially infants between six and 15 months of age. Sometimes associated with an upper respiratory tract infection, otitis media presents with inflammation and a build-up of fluid behind the eardrum.

Acute otitis media, the form most commonly seen in pharmacy, causes pain and tenderness in the ear but usually goes away within a couple of days. Symptom management with ibuprofen and paracetamol is usually sufficient.

Glue ear occurs when the middle part of the ear canal fills up with a sticky glue-like fluid. Widespread in children, glue ear is estimated to affect eight in every 10 children by the age of 10 years. The National Deaf Children’s Society says that, while it is usually temporary, “long-term glue ear can affect children’s hearing and speech development, and cause them to fall behind at school”.

As ear problems can be harder to spot in children who don’t have the language skills needed to communicate what is causing their discomfort, signs parents should watch out for include the child rubbing the ear, difficulty hearing and a loss of balance.

A degree of hearing loss is a normal part of the ageing process, with an estimated one in five people in the UK affected by an age-related hearing impairment. Although common, this can be a source of real frustration and embarrassment for sufferers, who may need to ask people to repeat themselves in conversation and have their TV or radio volume higher than is comfortable for their companions.

A compounding factor is a reluctance to address the problem, with some suffering for as long as 10 years before seeking diagnosis and treatment.

In addition to age-related hearing loss, many people experience hearing impairment as a result of exposure to loud noises. “Noise-induced hearing loss is caused by damage to and the eventual death of the sensitive and delicate inner ear hair cells,” says Karen Shepherd, director of professional standards at Boots Hearingcare.

“If too much movement due to sound pushes these hair cells over too much or too often, they can break off. If too many are damaged, the whole cell dies. Unlike bird and amphibian hair cells, human hair cells don’t grow back.”

The damage happens gradually, she says, and the problem is usually ignored until hearing is seriously affected. Tips to protect hearing include limiting the amount of time spent listening to music at a loud volume. “The louder the volume, the less time noise takes to affect your hearing.”

Those affected by noise-induced hearing loss (NIHL) should use ear protection and noise avoidance strategies to avoid further damage. In terms of treatment, “the main intervention for NIHL is to prescribe hearing technology. This may be in the form of discreet digital hearing aids or support via listening devices to improve the ability to hear televisions, telephones or alarm clocks”, she adds.

Action on Hearing Loss has a simple hearing check that people can take online or over the phone (0844 800 3838), which will give them an idea if they need to have a full hearing assessment.

If someone is concerned about their hearing, it is important to question the person about the possible cause and then advise appropriately. “Find out if they are taking any medication with ototoxic or tinnitus side-effects,” says Karen Shepherd. “While this may not be the cause, avoiding such medications can help reduce side-effects and further hearing loss.”

As well as advising people on safe noise exposure limits and avoiding unsafe noise, pharmacy teams can also suggest that people use noise protection earplugs and signpost them to specialist support. Despite the positive impact hearing aids can have on an individual’s quality of life, some sufferers can be reluctant to use them, often for cosmetic reasons.

People with severe, permanent hearing loss that doesn’t improve with the use of hearing aids may benefit from cochlear implants – surgically implanted electronic devices that provide a sense of sound to a person who has severe or profound hearing loss.

A project led by Dr Nicolas Daudet at the UCL Ear Institute is investigating whether gene therapy could stimulate the regrowth of hair cells. Damage to and the death of sensory hair cells in the inner ear is a leading cause of hearing loss.

In a related project, the researchers have been looking at another gene called Lmx1a, which directs cells in the developing inner ear away from becoming hair cells or supporting cells.

By comparing the genes affected by Lmx1a with those affected by notch signalling, the team hopes to identify genes involved in the formation of the hair cell/supporting cell precursor and determine if they would be a good target for gene therapy.

Another study is aiming to identify new genes associated with age-related hearing loss. Although little is known about what causes this, various environmental and genetic factors are thought to be involved.

A project, led by Dr Mark Cunningham at Newcastle University, is looking at new ways to measure tinnitus, which will help in the development and testing of new drugs to treat it. Tinnitus affects one in 10 of the UK population and can have a devastating effect on lives but, despite this, there are no pharmaceutical drugs specifically approved to treat tinnitus.

This project will study the brain waves produced by those regions of the brain involved in hearing and identify brain wave ‘signatures’ that could be used as objective tests for tinnitus in both clinic and laboratory studies. This would be a significant step forward for the development of new tinnitus treatments, says the charity.

Peroxisomes are small bodies inside the cells that are important for maintaining the normal functioning of a cell. The aim of this project is to understand the role of peroxisome defects in hearing loss and identify the molecular processes that can be targeted with drugs to prevent this common form of hearing loss. 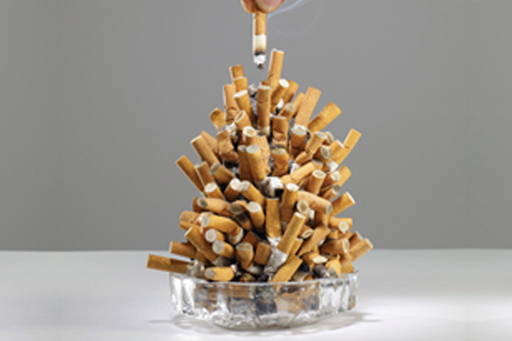