Hayfever: Blowin' in the wind

Often dismissed as a trivial, everyday ailment, there is strong evidence to show that hayfever can have a serious and substantial impact on a sufferer’s quality of life.

A significant proportion of adult hayfever sufferers say their symptoms have a negative impact on work, home and social life – disrupting sleep, impairing daytime concentration and affecting the ability to carry out everyday tasks. In children, uncontrolled hayfever symptoms have been linked to learning problems and sleep disturbances and increase the likelihood of poor performance during summer exams.

“Hayfever has a huge impact on quality of life for weeks or months every year,” says Maureen Jenkins, director of clinical services at Allergy UK. “The vast majority of sufferers experience moderate-to-severe symptoms that affect health as well as social and family commitments, productivity at work and school, and overall quality of life.”1

Although rare just a few hundred years ago, hayfever is now a highly prevalent condition affecting around a quarter of the UK population with numbers set to double over the next two decades.2 The reasons behind this exponential rise are still not understood fully but several theories have been proposed:

Hygiene: High on the list is the so-called ‘hygiene’ hypothesis, which states that a lack of early childhood exposure to infectious agents, symbiotic micro-organisms and parasites increases susceptibility to allergic diseases by suppressing the natural development of the immune system. This idea appears to be supported by a similar rise in other allergic and immunological disorders.

Antibiotics: Antibiotic over-prescribing is another potential reason underpinning the dramatic rise in hayfever rates in the UK. Antibiotics have an impact on the immune system and can also disrupt bacteria in the gut, which play a key role in allergy and immunity.

Climate change: This has undoubtedly contributed to the hayfever burden by driving up temperatures and making winters milder and wetter. As a result, the pollen seasons for some of the commonest allergic plants in the UK are starting earlier and lasting longer as plants enjoy extended growth periods. This has had an impact on both the potency and duration of hayfever symptoms. Rising temperatures and changing weather patterns are also affecting the normal distribution of allergenic plants – with some new species from warmer climates now flourishing in the UK.

Pollution: Increasing pollution levels are also impacting on hayfever incidence, which is already twice as common in urban areas of the UK than in rural regions. The photochemical smog belched out in vehicle fumes acts as a barrier that traps pollen at ground level and prevents it from escaping into the upper atmosphere.

Improved awareness: On a more positive note, improved awareness of hayfever, better identification and diagnosis of sufferers, and a more proactive approach by patients and healthcare professionals to managing symptoms are also likely to have impacted on overall prevalence figures.

One of the most serious potential consequences of hayfever is asthma. People who suffer with hayfever are at increased risk of developing asthma when inflammation, initially localised in the nose, penetrates down into the lower airways.

According to Allergy UK’s ‘One airway, one disease’ report, up to 40 per cent of patients with hayfever have or will develop asthma – equivalent to 6.4 million people in the UK1. Hayfever is also a virtual certainty for patients with asthma, with up to 80 per cent of asthmatics suffering from concomitant seasonal allergic rhinitis.1

Hayfever is an important root cause of poor asthma control and is linked to both asthma-related hospitalisations and deaths – underlining the importance of good asthma control and effective hayfever symptom management as the new pollen season approaches.

The approaching hayfever season offers the pharmacy team its annual opportunity for effective and proactive intervention. “Even though one in four people have hayfever and effective treatments exist, it is usually poorly managed,” says Maureen Jenkins.

“In many cases, patients become apathetic, yet still spend hundreds of pounds on treatments that simply do not work for them. Meanwhile, they continue to suffer symptoms… In an age of ever greater healthcare advances, it is simply unacceptable that hayfever is not more appropriately treated.”

According to the ‘One airway’ report, 97 per cent of pharmacists surveyed believed that an increasing role for them in the management of hayfever would benefit NHS resources. However, only 23 per cent reported holding consultations with patients presenting with hayfever symptoms, and only 18 per cent said they provided information about hayfever on request.

With this unmet need in mind, what are the key steps that pharmacy staff can take to optimise OTC care for customers with hayfever? Offering advice on the hayfever management options available is the first step.

Antihistamines (available as oral tablets and nose sprays) and intranasal corticosteroids are the cornerstone of OTC hayfever management.

Recommending effective hayfever treatments is one part of the overall solution, but it is equally important that the pharmacy team ensures customers are using these products correctly. All medications should be taken regularly during the pollen season as it is more difficult to control hayfever symptoms once they become established.

For maximum efficacy, corticosteroid nasal sprays should be initiated one to two weeks before the expected onset of symptoms. It is also important to ensure customers are familiar with the correct use of spray formulations, whether antihistamine or steroid-based.

As well as ensuring optimal use of available pharmacy products, it is also important to identify those customers whose symptoms would benefit from self-administering a POM.

For moderate-to-severe symptoms, a combined spray that contains corticosteroid (fluticasone propionate) plus a nasal antihistamine (azelastine) can now be prescribed by GPs. This product is superior to either agent used alone, it is claimed, and also offers more rapid onset of symptom relief. Doctors may also consider a short course of oral steroids (e.g. prednisolone) as rescue therapy to reduce severe allergic symptoms.

Hayfever is an allergic reaction to pollen – the fine powder released by all seed plants. Pollen is made up of pollen grains, which are the male microgametophytes (sperm cells) vital for a plant’s reproduction. At a molecular level, however, the processes underlying hayfever are far more complex. Hayfever is generally caused by an immunoglobulin E (IgE)- mediated local allergic inflammation that takes place in response to nasal contact with pollen.

The acute phase of the allergic reaction develops first, typically within minutes of allergen exposure. Mast cells degranulate releasing histamine and other powerful mediators such as leukotrienes and prostaglandins.

The late-phase allergic reaction occurs within a six to 12-hour window after allergen exposure and is mediated by specialist immune modulators – the white blood cells. This phase of the hayfever response is characterised by an influx of monocytes, T-lymphocytes, basophils and eosinophils to the nasal mucosa.2

The net result of the body’s misplaced immunological response to pollen is the characteristic symptoms of hayfever – sneezing, rhinorrhoea, itch and blockage in the nose, and ocular itching, watering and redness.

Most types of pollen can cause allergic reactions and elicit the symptoms of hayfever, but some are bigger culprits than others. Chief among the hayfever-causing plants in the UK are the wind-pollinated, non-flowering varieties, which typically produce masses of small, easily-dispersed pollen grains. Grass pollen allergy, for example, affects around 95 per cent of all hayfever sufferers, while birch tree pollen is the allergenic trigger in around 20 per cent of hayfever cases.3

Other types of pollen capable of causing a hayfever response are produced by oak trees, plane trees (common in many urban areas) and nettle pollen. In contrast, flowering plants pollinated by insects tend to produce small volumes of more sticky pollen that is less likely to trigger an allergic reaction.

Knowing what type of pollen acts as their allergic trigger is important for hayfever sufferers as it can help in allergen avoidance and optimising the timing of an OTC intervention.

The only treatment currently able to target hayfever directly at its root cause is immunotherapy. This works by triggering the production of ‘regulatory’ immune cells that control the allergic reaction and induce tolerance to the allergen in question.

Immunotherapy can alter the course of the disease in hayfever sufferers and may also have a positive impact on asthma risk. It is available in two main forms – injections or sublingual drops or tablets. Currently, immunotherapy is restricted to use in hayfever sufferers with extreme symptoms uncontrolled by traditional treatments – and requires GP referral to a specialist allergy clinic. 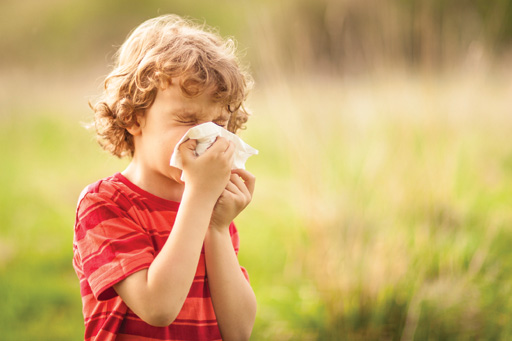 In addition to medication recommendations, customers can be encouraged to take proactive steps to limit exposure to pollen by adopting the following simple measures:

The effects of prolonged exposure

A recent study involving 2,002 people found that 51 per cent of respondents felt their hayfever symptoms got worse over time.4

In many people, mild allergic reactions to pollen, mould, pets and other allergens grow worse from prolonged exposure, says Lynette Roberts, training manager at Perrigo. “Prolonged exposure to allergens causes an increase in the number of mast cells in the affected area, making sufferers more sensitive to allergens. Continual contact or periodic episodes of intense exposure can bring on stronger allergy symptoms over time, whether or not patients manage their illness.”

The peak age for the onset of hayfever is in adolescence, with 38 per cent of teenagers in the UK affected. Teenagers with hayfever symptoms are 40 per cent more likely to drop a grade between their mock and final exams – rising to 70 per cent if they are taking a sedating antihistamine.

References
1. Allergy UK. One airway, one disease: an expert report into the true impact of hayfever and asthma. Published April 2014
2. Bozek A. Pharmacological management of allergic rhinitis in the elderly. Drugs Aging 2017; 34:21-28
3. National Pollen and Aerobiology Research Unit. What is Pollen? Available at: worc.ac.uk/discover/what-is-pollen.html
4. Study carried out in 2016 by Atomik Research on behalf of Omega Pharma 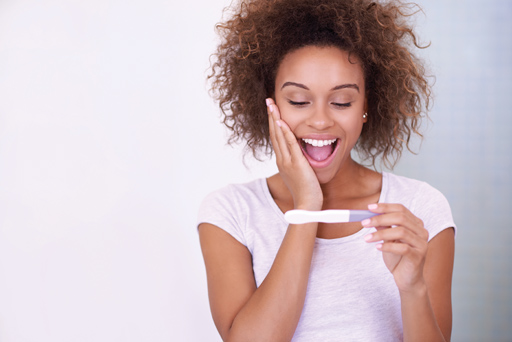 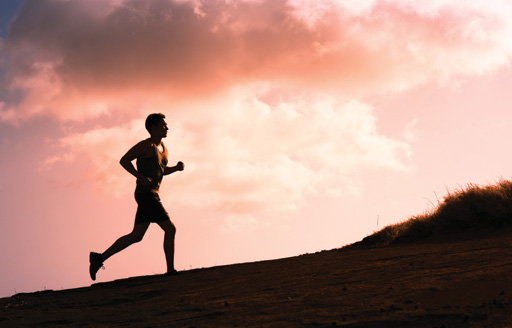