The advances made in our understanding of, and ability to treat, multiple sclerosis have been remarkable over the past 25 years, as the recent launch of ocrelizumab shows. 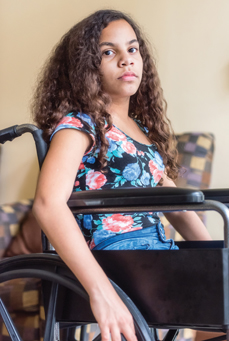 Twenty-five years ago, Neurology1 published a paper that transformed the prospects for people with relapsing remitting multiple sclerosis (RRMS), which accounts for about 85 per cent of MS cases at diagnosis.

Researchers reported that interferon beta-1b, among other improvements, reduced exacerbation rates and severity, and dampened MS activity and lesion burden on magnetic resonance imaging (MRI). At the time, Neurology remarked that interferon beta-1b was “the only treatment that has substantially altered the natural history of MS in a properly controlled clinical trial”.

Today, 12 disease-modifying treatments (DMTs) have been approved by the NHS for relapsing MS. Each reduces the number and severity of relapses, but offers a different balance of efficacy and risks. Last November saw another MS milestone with the approval of the first drug for primary progressive MS (PPMS).

A recent report from University College London School of Pharmacy, ‘Greater expectations: the future hopes of people with multiple sclerosis’, notes that several mechanisms contribute to MS, including T-cells that attack the myelin sheaths that surround neurones in the brain and spinal cord. This, combined with other inflammatory processes, damages and destroys neurones and some supporting cells, which interrupts nerve transmission.

MS patients experience a range of symptoms, including pain, fatigue, visual difficulties, bladder control problems and poor cognition. Eventually, walking may become increasingly difficult and, in some cases, MS ends in profound disability. The report notes that about a third of people with MS do not experience severe impairments.

DMTs dampen the underlying immune and inflammatory processes, and, as a result, change the natural course of MS.

Until recently no DMT was approved for PPMS (which affects about 15 per cent of people with MS at diagnosis), but the European Commission recently approved ocrelizumab (Ocrevus) for adults with active relapsing multiple sclerosis or early primary progressive multiple sclerosis.

It is indicated for adults with early PPMS based on disease duration and disability level and inflammatory activity on CNS imaging. Manufacturer Roche comments that “PPMS is the most debilitating form of the disease, for which there have been no previously licensed treatments”.

Ocrelizumab is also indicated for adults with active RMS defined by clinical or imaging features. Roche adds that ocrelizumab is administered twice-yearly and has “the least burdensome monitoring requirements compared to currently available disease modifying treatments”.

The drug is a humanised monoclonal antibody that targets CD20-positive B cells, a subtype of white blood cells that contributes to myelin degradation and axonal damage in MS. The Committee for Medicinal Products for Human Use notes that ocrelizumab “significantly suppresses relapses, sub-clinical disease activity measured by MRI, and disease progression” in relapsing MS.

The last 25 years have seen numerous advances in our understanding of the underlying causes of MS, which should translate into innovative treatments. ‘Greater expectations’ notes there has been “increasing interest” in preventing or delaying MS and slowing progression by modifying lifestyle to preserve brain capacity.

More studies are needed, but vitamin D supplements may reduce MS relapses by 50-70 per cent.2 Furthermore, low levels of vitamin D during critical periods of embryonic and childhood development could create weak and easily damaged myelin. Vitamin D also reduces the number of white blood cells that seem to contribute to the inflammation that underlies MS.3

‘Greater expectations’ points out that there is, as yet, “no evidence of direct causality” and “no definitive evidence that using [vitamin D] supplements will prevent or beneficially alter the course” of MS.

Nevertheless, and especially given the other health benefits, the report adds that “from a precautionary viewpoint the case for seeking to avoid vitamin D deficiencies in all children, adolescents and young adults looks strong”.

The report also comments that smoking and being overweight in adolescence can influence immune responses and, in turn, seem to increase the risk of developing MS.

As I noted in my book, ‘Living with multiple sclerosis’ (Sheldon Press 2017), smoking increases the risk of developing MS by between 20 and 50 per cent and may mean that symptoms progress more rapidly.

In one study, for example, people who continued to smoke converted to secondary progressive MS at an average age of 48 years compared with 56 years among those who quit.4 The exact mechanism remains unclear, although smoking may influence the immune system, damage myelin and disrupt the blood-brain barrier.

The UCL report suggests that “prevention programmes should highlight the roles of smoking and adolescent obesity in MS”, as well as “the links between low vitamin D levels and the disease”. Policies to protect children, adolescents and young adults from vitamin D deficiencies should be robustly evaluated, it says.

The advances in our understanding of, and ability to treat, MS since 1993 have been remarkable. As ocrelizumab exemplifies, the pace of research and therapeutic innovation shows no sign of slowing. Nevertheless, the achievements of the past 25 years have perhaps not received the attention they deserve.

‘Greater expectations’ concludes that “access to more effective treatments coupled with appropriate social and economic support can and should curb disease progression, prevent disabilities and improve the quality of life for people living with all forms of multiple sclerosis.” 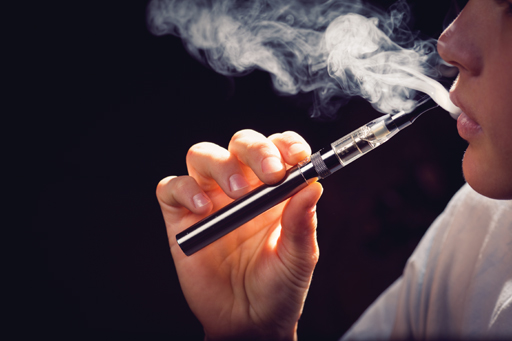