The parent company of LloydsPharmacy has appointed the former retail pharmacy operations director of Boots as its new chief retail officer.

McKesson UK has announced that Kevin Birch will take up the post which will see him assume responsibility for its retail operations including LloydsPharmacy and John Bell & Croyden. At Boots he oversaw 65,000 employees across 2,500 stores.

Birch will immediately be confronted by some stern challenges in his new role. In May, McKesson warned there could be further closures of LloydsPharmacy stores as it restructures its European business. LloydsPharmacy outlined plans to shut 200 stores in 2017 in the wake of government funding cuts and category M clawbacks.

“This is a really interesting challenge to be a part of and I’m excited to get started. The vision that McKesson has for the future of community pharmacy is perfectly aligned with my own,” he said. “We have an opportunity to create a truly compelling omni-channel offering for our customers and patients, with retail pharmacy at the heart of it. 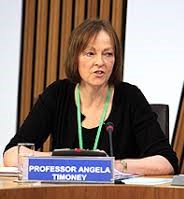